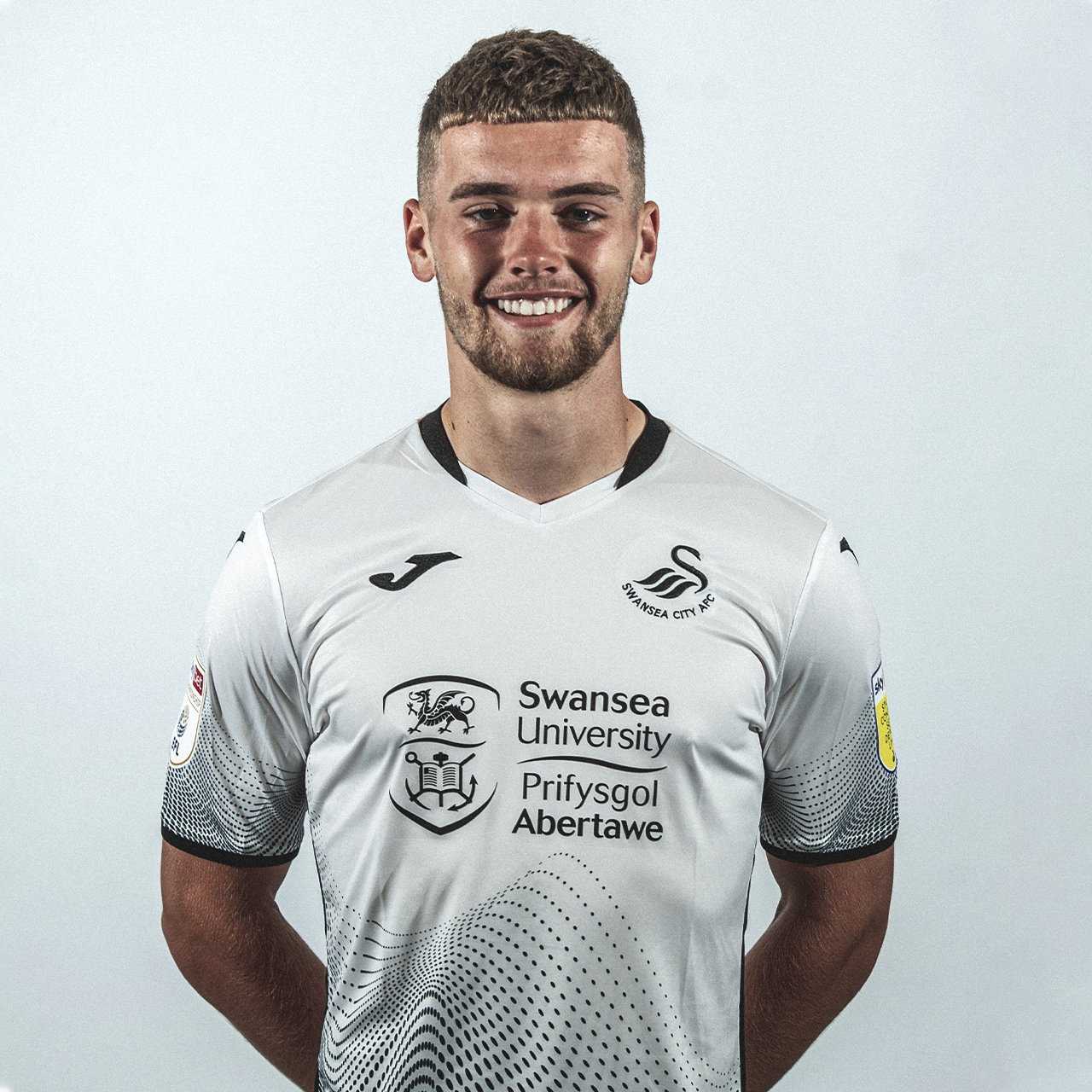 Cameron Evans has progressed through Swansea City's ranks since joining the club at under-nine level.

The centre-half, the younger brother of former Swans academy midfielder Jack, grew up within a stone's throw away from the Liberty Stadium.

Evans first joined the Swans at under-nine level, and has captained the club at under-18, under-19 and under-23 level.

Evans served as the under-18s' vice-captain during the 2018-19 season, while he wore the armband in the under-19s' FAW Youth Cup final victory over TNS, as well as making a couple of appearances for the under-23s.

He signed his first professional contract in March 2020, and made his senior debut in the FA Cup win at Stevenage in January 2021, before joining League of Ireland Premier Division side Waterford on loan.

His contract was also extended by the club with Evans set to remain with the Swans until the end of the 2021-22 season.