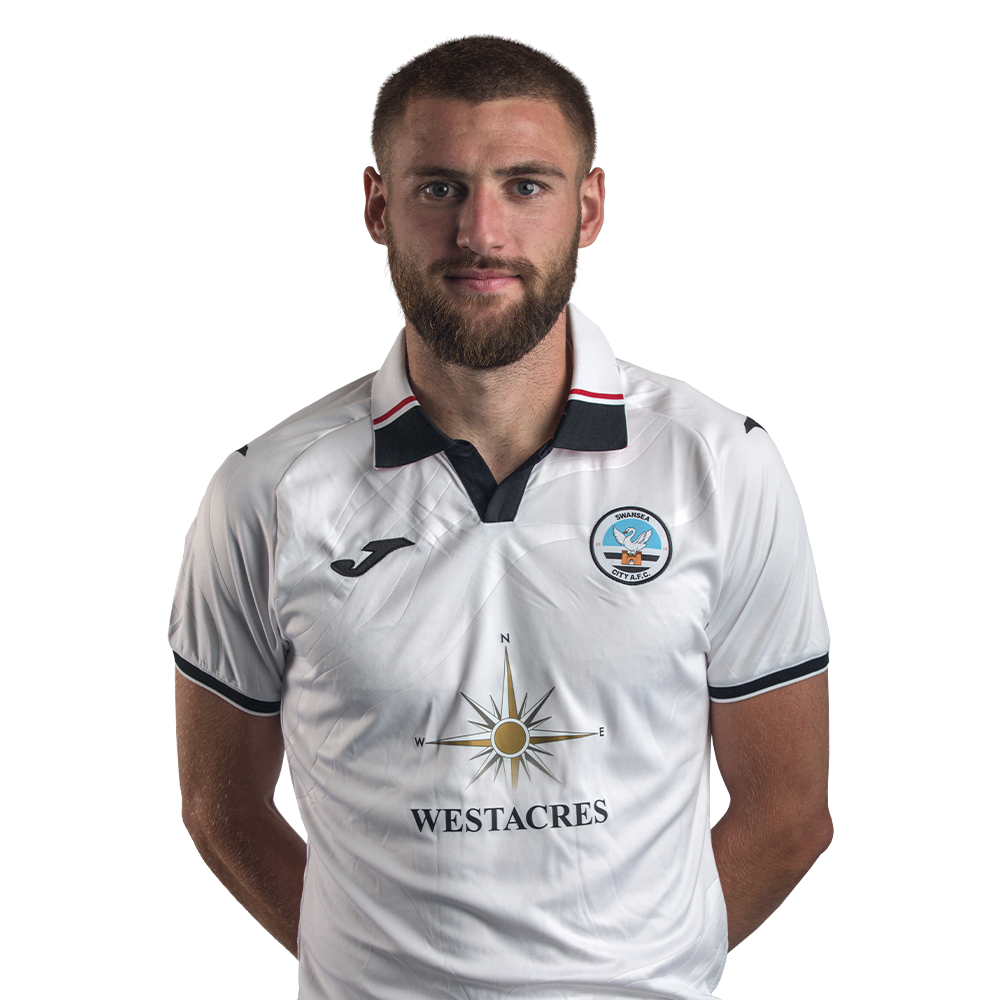 The former Wales Under-19s skipper gradually progressed through the ranks before moving up to the under-23s during the 2017-18 season.

Cooper played 24 times for the development side the following campaign, as well as making his first-team debut against Crystal Palace in the Carabao Cup.

The centre-half made 12 appearances in Premier League 2 during the 2019-20 season, while also featuring in the FA Cup defeat at QPR in January.

Cooper then enjoyed further experience of senior football during a brief loan spell at Yeovil Town, making three appearances before the National League season came to a premature end.

He made a big impression on loan at Newport County during the first half of the following season, playing 25 times in all competitions and scoring his first senior goal.

Cooper was also named the EFL's Young Player of the Month for October, with his efforts earning him a new deal in SA1 through to the summer of 2023.

Back at the Liberty, he featured in the penultimate league game of the 2020-21 season as a late substitute in the Swans' 2-1 win over Derby.

Cooper joined Swindon Town on loan for the remainder of the 2021-22 campaign, and went on to join Forest Green on loan in January 2023.