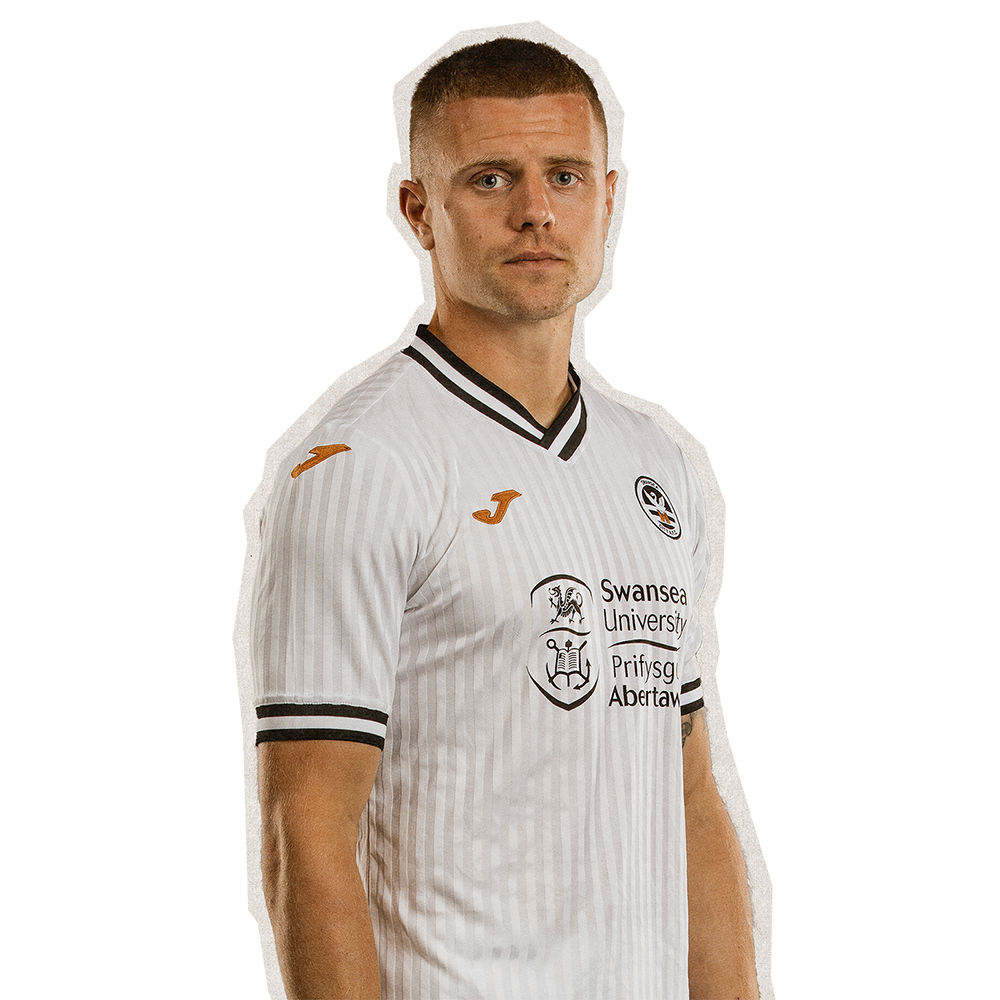 Former Everton defender Bidwell joined the Swans on a free transfer, signing a three-year deal in the summer of 2019.

Bidwell arrived after a successful three-year stint at QPR, where he made 130 appearances, scoring four goals.

That came on the back of two loan spells and a permanent switch to Brentford, for whom he helped win automatic promotion to the Championship and was named in the PFA League One Team of the Year in 2013-14.

Southport-born Bidwell started his career at Everton at the age of 11 and went on to captain the Toffees to a Premier League academy title.

His one and only first-team appearance for the Merseysiders still sits in the history books as he became the club’s youngest player to represent Everton in European competition when he played against BATE Borisov in the 2009 Europa League.

The left-back played 40 times during his debut season with the Swans, helping them reach the Championship play-offs.

He played a pivotal role as the Swans again reached the play-offs, this time making the final, in 2020-21. He went on to play 42 matches and scored his first goal for the club in October 2020 against Millwall at the Liberty Stadium. His performances at left wing-back saw him provide a huge threat on the flanks, chipping in with seven assists.