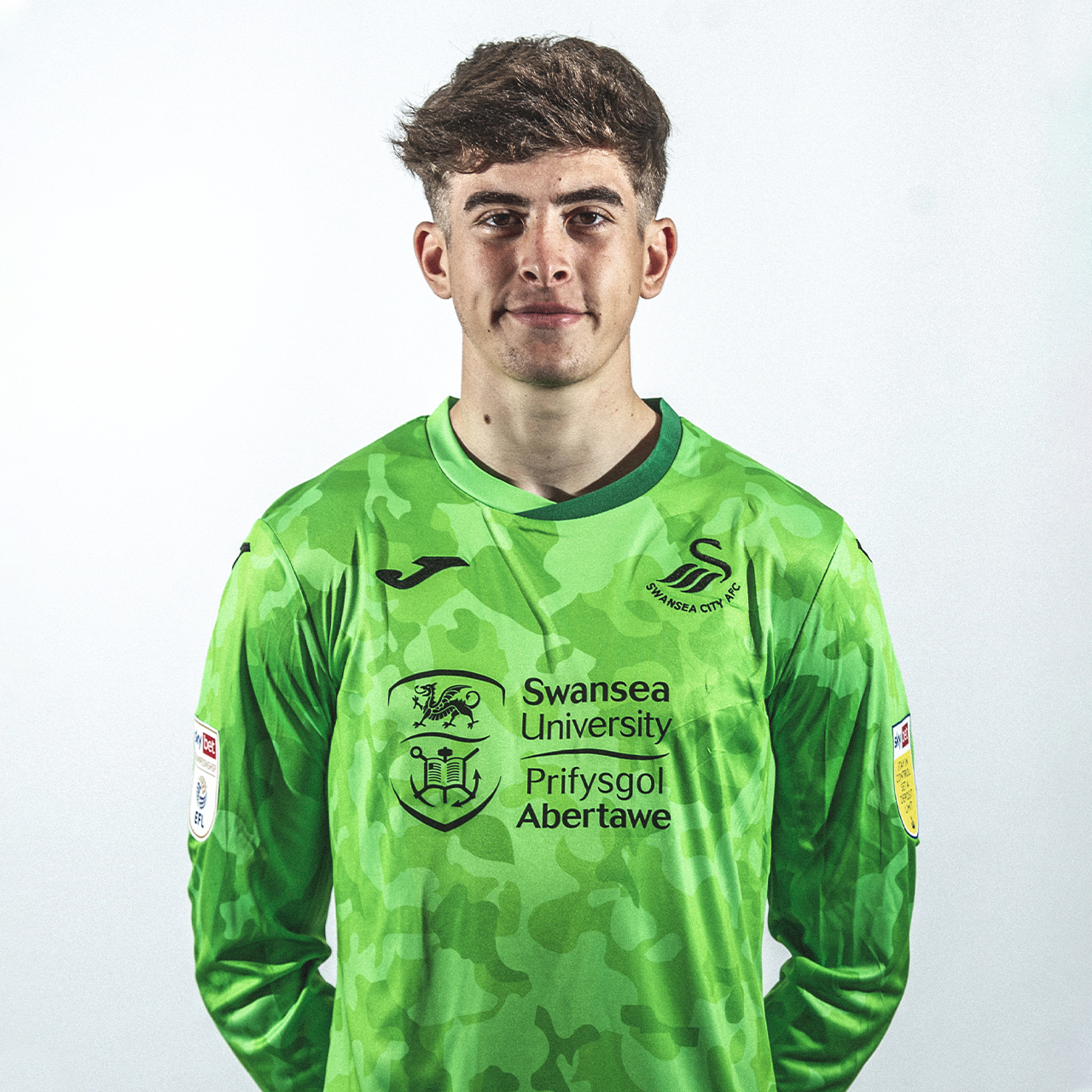 Lewis Webb joined Swansea from Merthyr Town in the summer of 2019.

The Wales Under-21 international goalkeeper arrived after making 17 first-team appearances for the Martyrs the previous season.

Webb previously spent time in the youth ranks at Cardiff and Newport, as well as Welsh League Division Three side Chepstow Town.

Handed his first pro deal in the summer of 2020, Webb has been a regular part of the matchday and travelling parties throughout this season.

After an appearance on the bench for the home win over Millwall in October, he secured his long-term future at the club - putting pen to paper on a new deal through to the summer of 2024.

An intelligent lad off the pitch, he achieved 11 GCSEs - all A* to C - at St Julian's School in Newport.