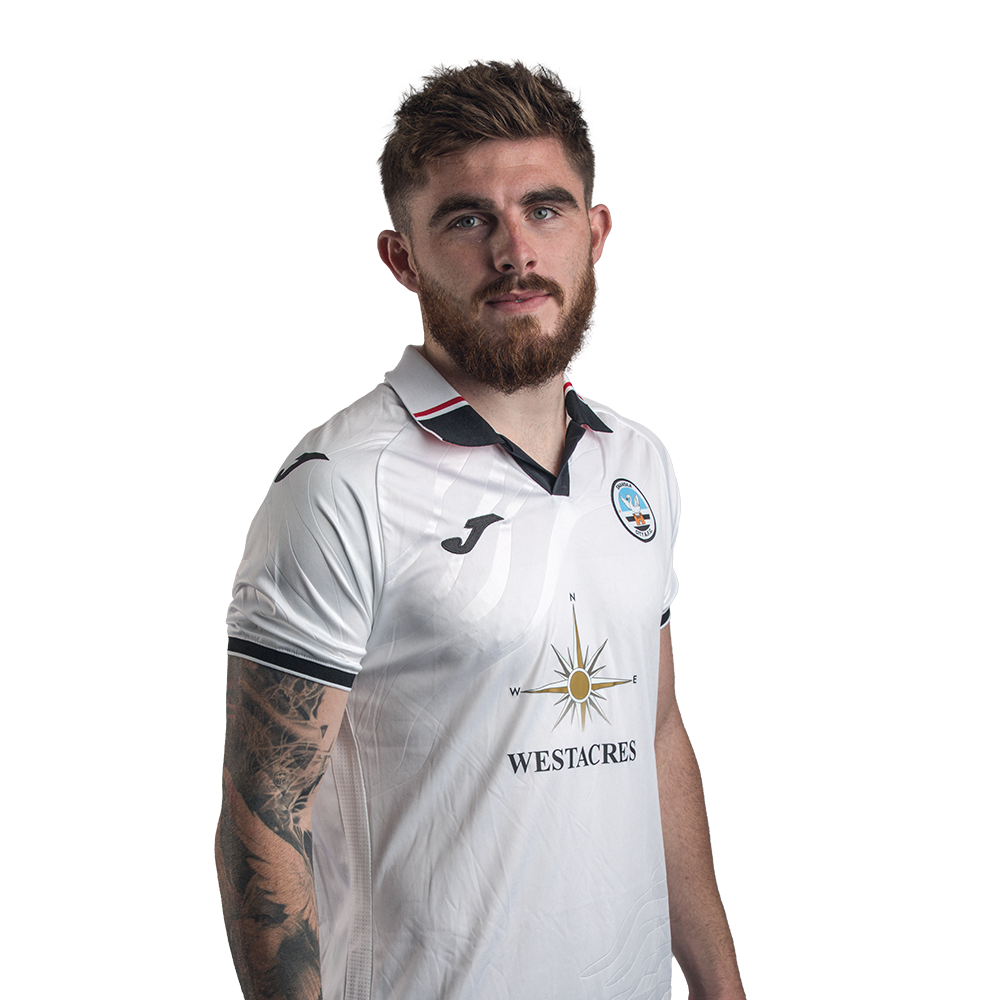 Ryan Manning arrived in SA1 from QPR in October 2020, putting pen to paper on a three-year deal with the Swans.

Manning made 21 appearances in his first season, making his debut in a 2-0 home win over Stoke City.

His versatility proved useful as he was utilised at left-back and left wing-back during 2020-21. In 2021-22, Manning made 44 appearances scoring twice.

Before arriving in Swansea, Manning already boasted a wealth of experience in the Championship, making 87 league appearances for Queen’s Park Rangers.

Manning has also represented Ireland at youth and senior level.