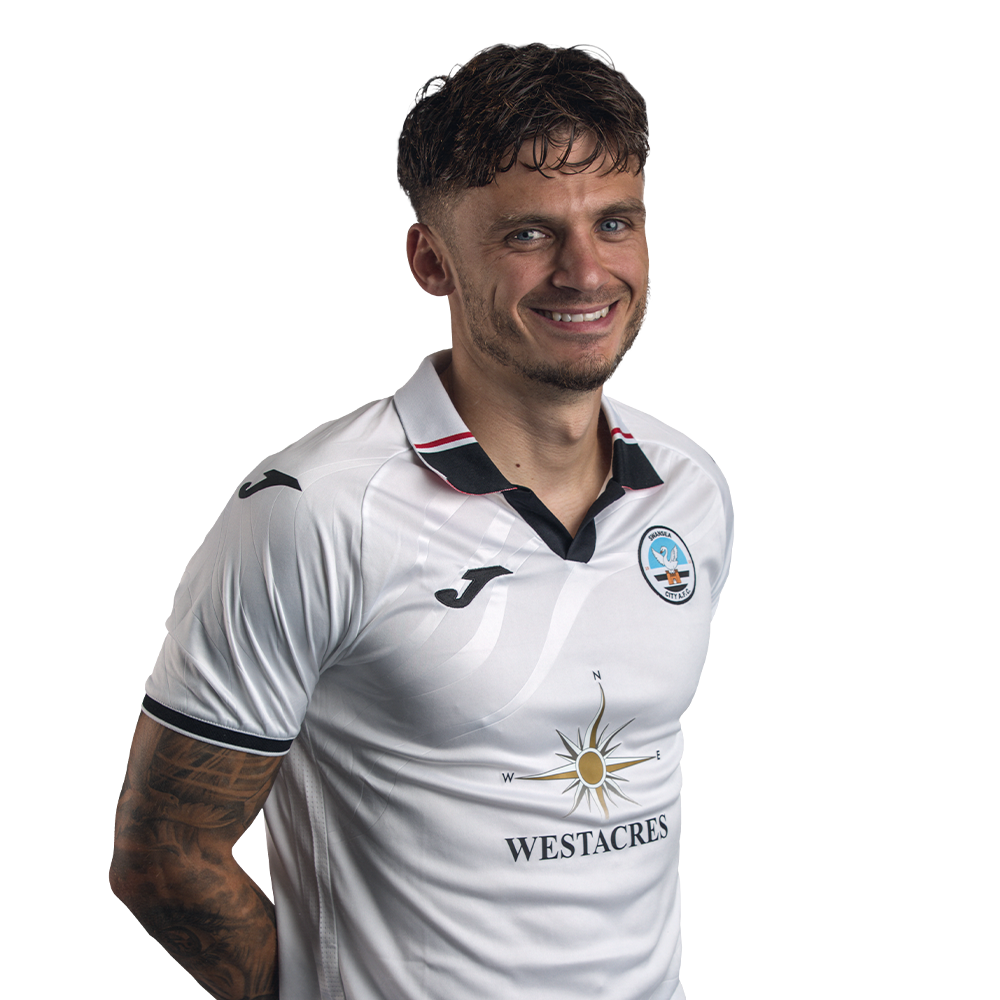 Jamie Paterson joined Swansea City in the summer of 2021 on a free transfer signing a one-year deal in SA1 and signed an extension for a further year in January 2022. In June 2022, he put pen to paper on a new deal keeping him at the club until the summer of 2024.

Born in Coventry, he started his career with Walsall and scored 16 goals in 102 appearances for the Saddlers before moving to Nottingham Forest in 2013.

His first goals for the Reds came via a hat-trick in an FA Cup win over West Ham, and he finished his first season at the City Ground strongly with nine more goals.

A loan move to Huddersfield Town followed in 2015, with Paterson contributing eight goals in 36 appearances for the Terriers before a permanent move to Bristol City in the summer of 2016.

During his five years at Ashton Gate, he made 157 appearances and scored 26 goals in all competitions - he played alongside current Swans Korey Smith and Liam Walsh, helping them reach the Carabao Cup semi-finals in 2018. He also had a brief loan spell at Derby County during the 2019-20 season.

Paterson ended the 2021-22 season with a team best nine assists and also contributed with nine goals.