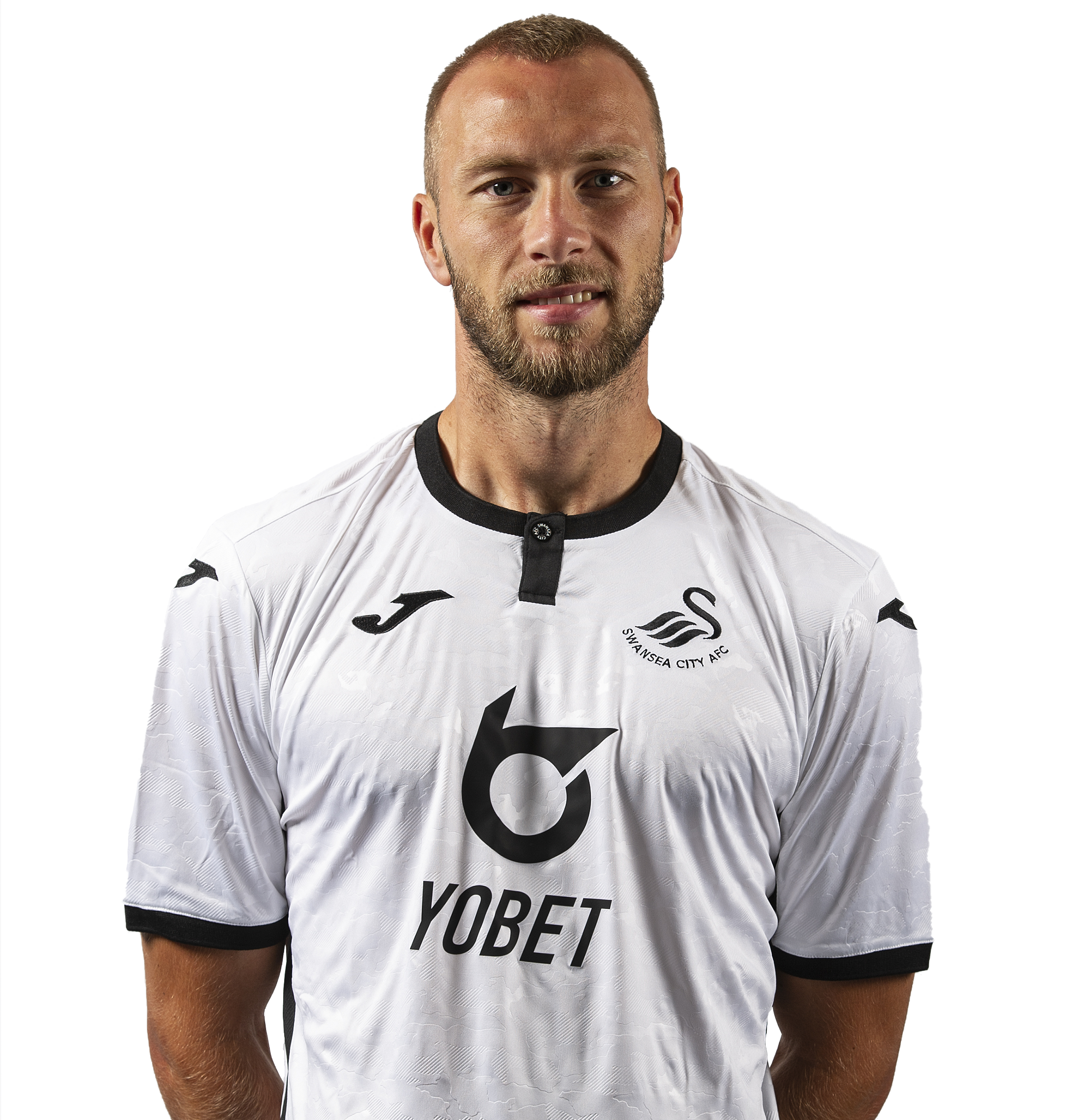 Defender Mike van der Hoorn arrived at the Liberty Stadium in the summer of 2016 after the Swans agreed an undisclosed fee with Ajax to bring him to South Wales.

Having started his career with Dutch club Utrecht, where he was named player of the year in 2013, van der Hoorn earned a transfer to Ajax.

The move to Amsterdam proved successful, as he lifted the Eredivisie title in his first season as an Ajax player before helping the club finish runners-up in the two following campaigns.

The centre-half made 43 appearances – scoring three goals – in three years at Ajax.

A powerful figure who is a big aerial presence, van der Hoorn had to be patient for opportunities during his first two seasons with the Swans.

However, during the 2018-19 campaign, he started every game in the Championship; wearing the captain's armband on many occasions in the absence of Leroy Fer.

His efforts in the heart of defence triggered a contract extension that will keep him at the club until the summer of 2020.

On the international front, van der Hoorn was called up by Holland in 2013, though he is yet to win his first cap.

He has, however, represented his country at youth level.