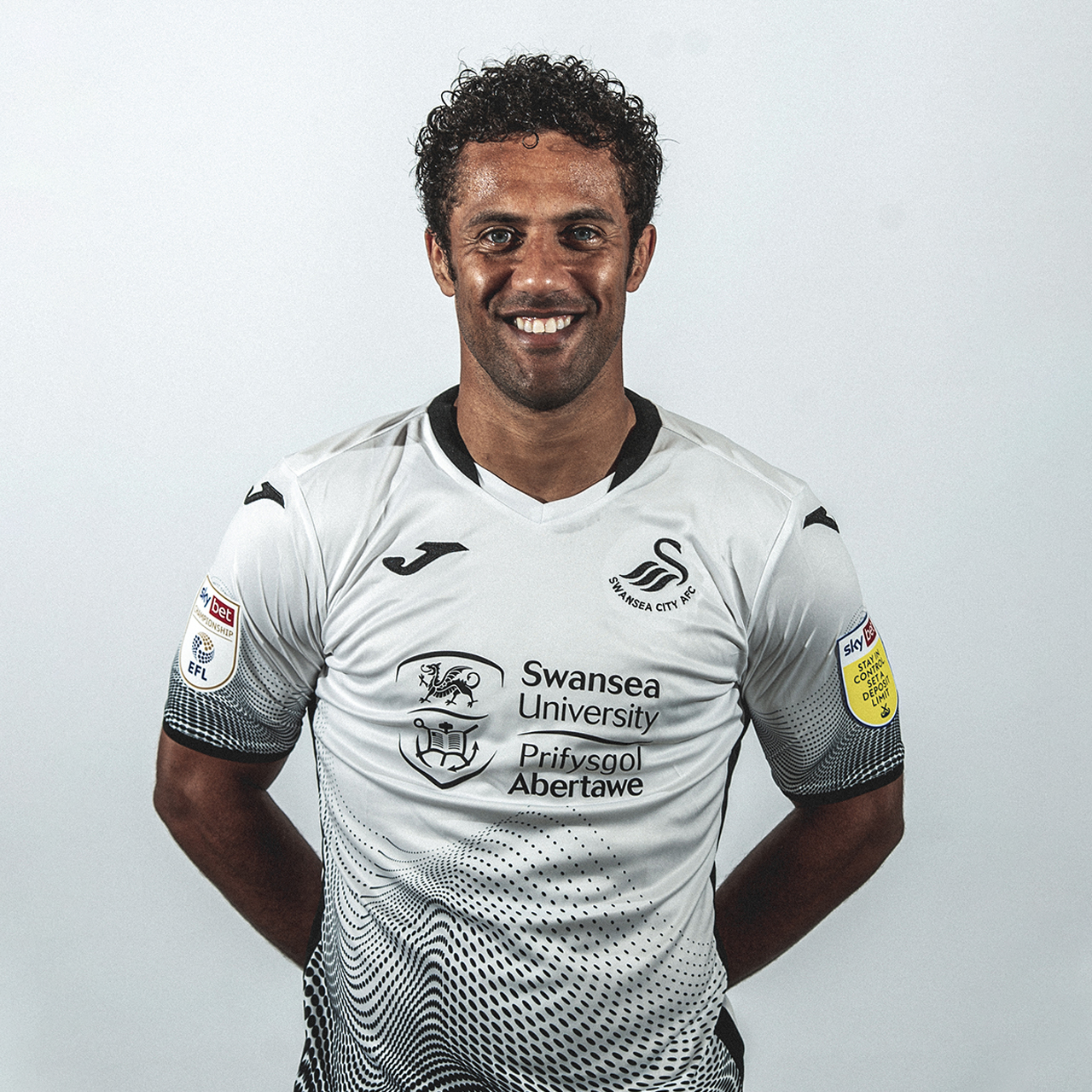 Wayne Routledge joined the Swans following their promotion to the Premier League in 2011, arriving from Newcastle United for an undisclosed fee and signing a three-year contract.

The winger has proved to be a very good signing, having made a home at the Liberty Stadium after playing for a succession of clubs earlier in his career.

Routledge came to prominence at boyhood club Crystal Palace, where he made over 100 league appearances before making a £1.25 million move to Tottenham Hotspur in 2005.

He found it difficult to break into the Spurs side, however, and spent time on loan at Portsmouth and Fulham before signing for Aston Villa in 2008.  After a stint on loan at Cardiff, he joined Queens Park Rangers on a permanent deal.

Routledge’s impressive form for the Hoops saw him join Newcastle in 2010 but, after a spell back on loan at Loftus Road, he signed for the Swans.  Routledge made a positive impression during the Swans’ maiden Premier League campaign, and then really started to shine under Michael Laudrup.

Having helped Laudrup’s Swans lift the 2013 Capital One Cup, he continued to thrive under the management of Garry Monk.  A disciplined, reliable performer, Routledge has also been a regular under Francesco Guidolin, Bob Bradley, Paul Clement, Carlos Carvalhal and Graham Potter.

After spending the first half of the 2018-19 season on the periphery of the first-team squad, the former England Under-21 international made a hugely positive contribution upon his return to the fold – scoring five times in 26 games.

He also made his 250th appearance for the club and his efforts were rewarded with a contract extension that will keep him in SA1 until 2020.

Routledge added a further five goals in 24 games during the 2019-20 campaign, including the late winner at Leeds as well as a brace in the crucial victory at Reading on the final day.