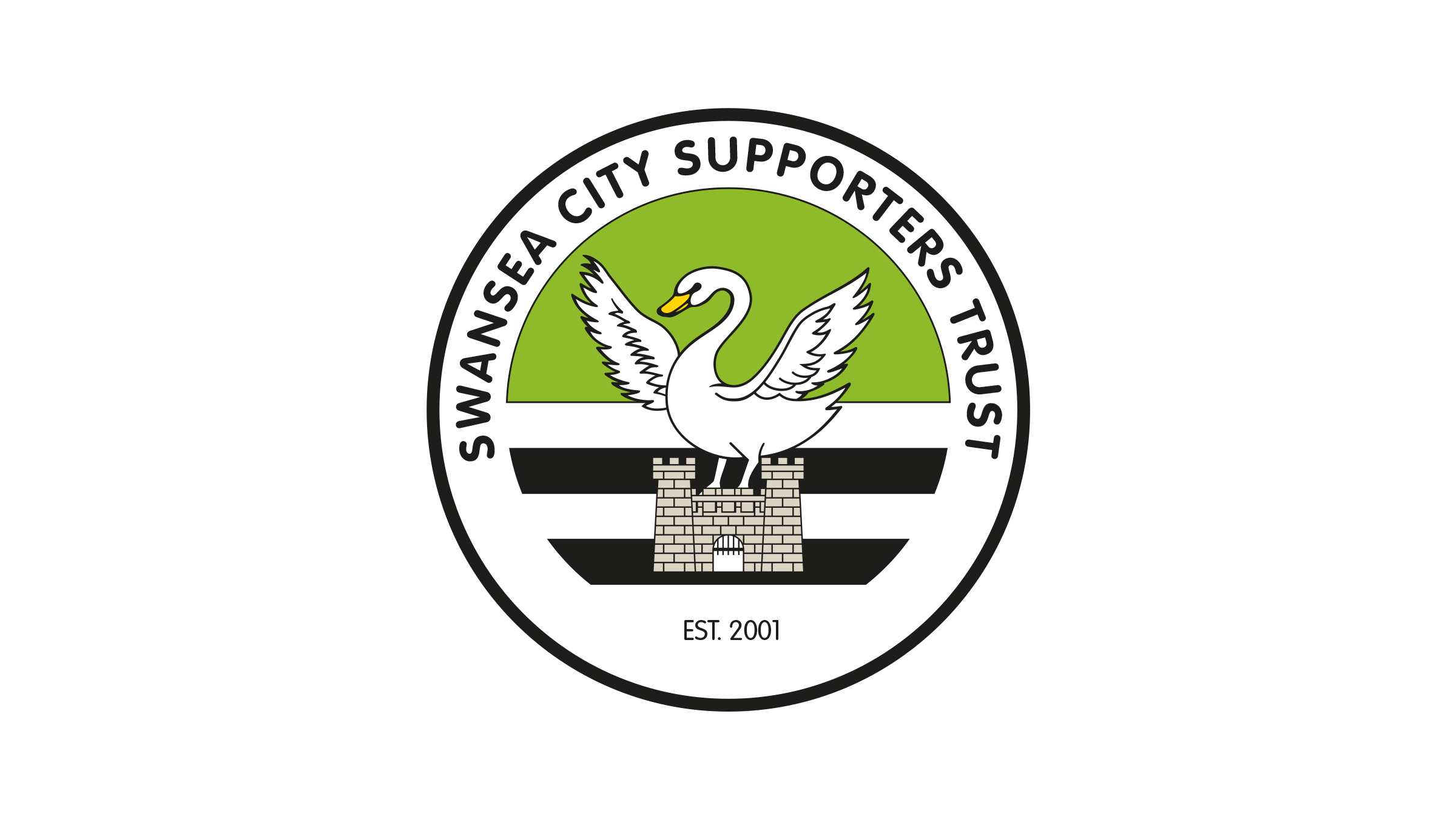 WHAT IS THE TRUST?

The Trust is formally called "The Swansea City Supporters Society Limited". It is registered with the Financial Conduct Authority. You will know it as Swans Trust - it's more common name - and it owns a 21% share in the club.

It exists for the benefit of its members (YOU!!!).

It must be inclusive so that anyone who cares about the club can join.

Any money it receives can only be used toward achieving its aims.

It is democratic - one member gets one vote no matter how much money they give.

There can be no changes to these principles unless the members as a whole vote for it (in practice this means they will not change). The Trust has NOT been set up to replace existing supporters clubs and organisations. They will continue to provide their valuable services to their members. The Trust is designed to be an 'umbrella' group where all such bodies can work together with individual supporters to bring the club closer to the community and help get the club back to its rightful position.

HOW DID IT START?

The people who started the Trust in Swansea borrowed the basic idea from others. The first club to form a trust in this way was Northampton Town when they nearly folded in 1991/92. But this remained an isolated and little known example until April 2001. The Football Task Force (amongst the other things it did) gave birth to an organisation called Supporters-Direct.

The people at Supporters Direct set out to spread the idea and provide help to supporter groups. Our Trust was set up with their direct help. Some dedicated local fans started the ball rolling in May 2001 and, when the Swans Trust was launched on 27 August in that year, it was the 35th club in the UK to form a Trust of this nature, but the first in Wales.

Since then, the Swans Trust has grown to be one of the largest and, on 25th January 2002, when the Mel Nurse consortium wrested control of the Swans back into local hands, the Trust achieved two of its primary aims of getting a shareholding in the club and a seat on the Board.

WHO RUNS THE TRUST?

Elected members (i.e. supporters) run the Trust. These make up the Trust Board. There are up to 11 elected supporter members. Each serves for a maximum of two years but may apply for re-election. The first of these were elected at the first AGM held on 21 November, 2001.

Any eligible member over 18 can put themselves forward for election to the Trust Board.

Co-opted members: Up to four people can be invited to join the Board as a "Co-opted" Director. The people invited in this way are likely to have additional skills that would be useful to the Trust or be representatives of other important bodies (such as Supporter Groups or the Council e.g.). They will serve initially for one year but can be invited to continue.

What do they get paid? Nothing, the constitution does not allow for any salary to be awarded to Board members unless approved by a vote of the members. The present Board members have no intention of putting such a request to members.

WHAT'S IN IT FOR YOU?

The Trust exists for the benefit of its members - YOU!!!

The aims of the Trust are all about the well being of the club, bringing it closer to the community of Swansea and South West Wales and helping the development of young footballers in the area. By supporting the Trust you support these ideals.

Any money you contribute, through membership and/or share fund contribution will be used to support these aims and enhance the standing of the Trust in the process. The cost of running the Trust will be kept to a minimum and will be met from a proportion of the membership fees.

By supporting the Trust, you will ensure that the supporters will always have a say in how the club is run and you can rightfully claim to own a piece of the Swans.

For more information, go to the Supporters Trust website HERE