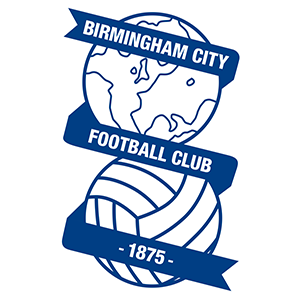 Swansea City suffered frustration in their first home game of the season as they were held to a goalless draw by a dogged Birmingham side.

The hosts dominated possession and territory for long spells at the Liberty Stadium, but found it tough to break down Aitor Karanka’s Blues.

The best chances of the afternoon fell to Morgan Gibbs-White, Ben Cabango and Marc Guehi, with the midfielder firing straight at the keeper and Cabango heading wide from a first-half corner.

Guehi, meanwhile, was denied a late winner as his low strike was parried to safety.

At the other end Freddie Woodman made sharp stops from Jon Toral and Harlee Dean as Steve Cooper’s side kept their second clean sheet from as many league games to remain unbeaten in the 2020-21 Championship campaign.

The result also stretched the Swans unbeaten streak against Birmingham to seven games.

Swansea were unchanged from the win at Preston on the opening weekend, while Birmingham made just one alteration from their victory over Brentford as new signing Neil Etheridge started in goal for the first time.

The Swans started smartly, enjoying plenty of possession and moving the ball about crisply.

Guehi found Gibbs-White with a lovely pass, before Jamal Lowe’s cross flashed across the face of goal.

There was a pleasing intensity and zip to the home side’s play, and Gibbs-White delivered another threatening ball – just beyond the reach of Jake Bidwell at the far post – a few moments later.

After that early surge, Birmingham grew into the game and Matt Grimes made an excellent block as Jeremie Bela took aim from the edge of the Swansea area.

Bidwell forced Etheridge into his first save of the afternoon as he headed straight at the keeper from a Cabango cross.

At the other end, Woodman made a good stop to keep out Toral’s awkward, bouncing strike.

The best chance yet fell to Cabango on the half-hour, but the defender could not keep his header down from Gibbs-White’s corner.

Etheridge had to be alert to keep out a low Grimes free-kick as the opening half ended goalless.

As with the opening period, the Swans started the second half on the front foot, with Gibbs-White racing onto a Grimes pass and firing straight at the Birmingham keeper after cutting onto his right foot.

More nice link work almost saw Andre Ayew free Connor Roberts in the area, but the final pass just had too much weight on it as the wing-back looked to go through on goal.

At the other end Joe Rodon covered superbly to cut out a dangerous Birmingham counter after Bela had got the better of Grimes.

But it was the Swans who were on the front foot, with the lively Gibbs-White delivering a teasing cross that Etheridge just managed to tip away from danger at full stretch.

Into the final 20 minutes and Woodman was called upon to keep out Dean’s header from a corner as Swansea frustrations grew.

The hosts were soon on the attack again, with the ball not quite breaking for Ayew or Gibbs-White from a deflected Roberts’ cross.

And Swansea's afternoon was summed up when Guehi's low shot powered through a host of bodies, only for Etheridge to make a fine save to ensure it ended all-square.