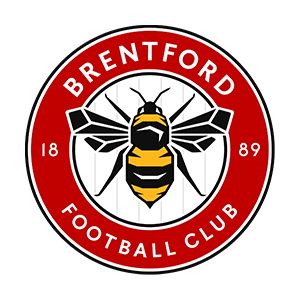 A late Andre Ayew goal earned a deserved point for Swansea City against a dogged Brentford side at the Brentford Community Stadium.

Despite controlling much of the opening half, Swansea trailed in the 36th minute when Ivan Toney opened the scoring to put the Bees ahead.

The Swans found a way back into the game with some good football and sustained pressure which paid off when Ayew netted the equaliser from close range, following some fine play from substitute Matt Grimes.

The goal proved enough to secure a point for Swansea City against last season’s Championship play-off semi-final opponents, and further extended their unbeaten away record.

Steve Cooper had initially made just one change from the side that started the win against Blackburn Rovers, with Ryan Bennett returning to the starting line-up, but was forced into another change after Ben Cabango picked up an injury during the warm-up.

This saw Kyle Naughton replacing Cabango, with Joel Latibeaudiere taking the former’s place on the bench.

In their first visit to the Brentford Community Stadium, the visitors started the match brightly but spurned an opportunity to take an early lead through Ayew, who wore the captain’s armband for the second match in a row.

The Ghanaian picked up the ball after it was given away by Charlie Goode but scuffed his shot from around 25 yards which, saw the effort gathered by David Raya.

At the other end, Marc Guehi produced some superb defending to keep Bryan Mbeumo at bay as the hosts pushed for the opener.

Both sides had fared fairly evenly following the resumption of football in June, having both taken 35 points from 18 games before the match; a better tally than any other side in the Championship.

But as both sides met, it was Swansea who were on top in the opening stages.

Cooper’s side had a brilliant opportunity to go ahead with a sweet strike from Kyle Naughton which forced Raya to produce magnificent reflexes, before Ayew unleashed a powerful strike which once again called Raya into action.

After being firmly on top, the Swans were dealt a blow in the 36th minute when the Championship’s joint-topscorer Toney slotted home Mathias Jensen’s cross for his 10th goal in eight games, to put the hosts ahead against the run of play.

The goal meant the striker, who joined Brentford from Peterborough United in the summer, became the first player in the Premier League and EFL to net 20 goals in 2020.

Brentford settled into the game following the opener and enjoyed a spell of possession before the interval.

After the break, Swansea showed their intent to get back into the game, with Lowe unleashing a curled effort which was parried away by a full-stretched Raya.

Lots of pressure early on in the second half from the Swans forced the hosts to make a number of mistakes, and a scrappy spell of play ensued.

The first card of the evening came in the 57th minute after Emiliano Marcondes was shown a yellow card for a foul on Yan Dhanda as he looked to break away.

Following some fine build-up play from Swansea, Connor Roberts had a shot at goal but it was cleared by Brentford’s defence.

Dalsgaard was shown a yellow card for a foul on Gyokeres which led to a free-kick for the visitors. It was half-cleared but Roberts teed up Gyokeres, who was through on goal only to see his driven shot pushed out for a corner.

The resulting corner was cleared, but the match was soon back on level terms as a brilliant run and cross from Grimes was turned home by Ayew.

There were chances for both teams in the closing stages, and the Swans thought they had won the match with the last touch of the game when Ayew headed home, but it was rightly disallowed for offisde.