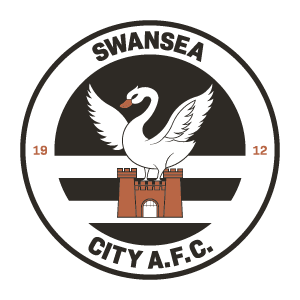 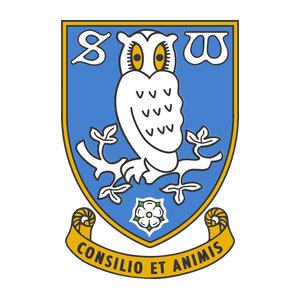 Andre Ayew came off the bench to produce a superb individual goal and earn Swansea City a share of the spoils against Sheffield Wednesday at the Liberty Stadium.

Steve Cooper’s side had trailed to Adam Reach’s first-half effort for the Owls, as they struggled to break down a well-drilled Wednesday defence.

But they showed more spark after the interval, with half-time substitute Ayew cutting his way in from the right to fire his sixth goal of the season into the bottom corner.

Swansea always looked the more likely winners from that point, with Yan Dhanda twice going agonisingly close to finding the net before Kasey Palmer controversially had a last-gasp winner chalked off.

And, while frustrated at not being able to keep their winning sequence at the Liberty going, they are now four games unbeaten on home turf.

The Swans were seeking a fourth straight home league win without conceding; a feat they had last achieved in the final four league games at the Vetch in 2005.

They started with confidence, getting on the front foot against a Wednesday side who were largely happy to drop off without possession and challenge their hosts to break them down.

The first big chance fell to Julian Borner, but the Owls’ defender’s shot was well held by Freddie Woodman before the Swans broke and Liam Cullen’s cross nearly caught out Keiren Westwood in the Wednesday goal.

The goalkeeper had looked to have picked up an injury early on, and he came off immediately after as Joe Wildsmith replaced him in just the 14th minute.

The Swans would have wished to test the new arrival quickly, but they were finding it hard to break down the massed ranks of the visiting defence.

Instead it was Wednesday who struck as the Swans were caught cold by a rehearsed corner routine, as Reach peeled away to dispatch a left-footed strike beyond Woodman.

Swansea looked to respond but, despite having plenty of ball, they were making little impression on the Wednesday defence, with Wildsmith having very little to do.

But the Swans had a better spell on the stroke of half-time with Dhanda just unable to reach a Connor Roberts cross, before Jamal Lowe saw a shot blocked.

Cooper elected to make two changes at the break, bringing on Palmer and Ayew for Kyle Naughton and Liam Cullen as the Swans changed shape.

They had a sight of goal within 90 seconds of the restart, Lowe flashing wide after Ayew had found Korey Smith.

The Swans began to build up a head of steam, with more crispness and tempo in their play.

But committing men forward did mean they had to be alert when Wednesday countered through goalscorer Reach, with Ben Cabango making a superb last-ditch tackle.

Palmer had a shot deflected into the grateful arms of Wildsmith, before Ayew found the equaliser with a magnificent individual effort.

The Ghanaian received the ball on the right corner of the area, and tricked and teased his way into space before curling an unstoppable effort into the far corner of the net.

You could sense the lift in Swansea’s confidence and energy, with Ayew nearly getting on the end of a smart reverse pass from Palmer a few moments later.

Dhanda tried his luck from distance with his curling strike beating the dive of Wildsmith, but just creeping past the post as Swansea ramped up the pressure.

The midfielder went closer still with a fine free-kick from 25 yards. This time Wildmsith could only watch, but again the ball went the wrong side of the post.

Wildsmith then tipped over a stinging Ayew drive in stoppage time, and the Swans were then left mystified when Palmer's acrobatic finish after a goalmouth melee was ruled out by referee Andy Woolmer for a foul on the keeper, while the Swans also felt there had been a handball in the scramble.