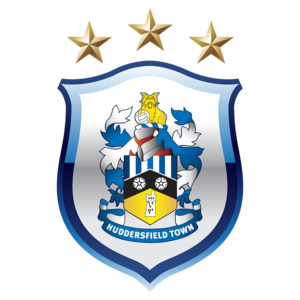 The Swans went behind to a Fraizer Campbell strike, but levelled right on half-time when Conor Hourihane curled in a free-kick for his fourth goal for the club.

But the hosts netted again through Lewis O’Brien and a Duane Holmes brace, with the trio of goals arriving before 10 minutes had elapsed in the second period.

And a disappointing afternoon was compounded when substitute Jordan Morris suffered an ankle injury and was stretchered off after receiving lengthy treatment.

Head coach Steve Cooper had kept faith with the same 20-man squad that had beaten Nottingham Forest in midweek, naming an unchanged starting XI and bench.

Huddersfield, without a win in 2021 ahead of kick-off, were happy to sit off and soak up the pressure as they put men behind the ball.

But the Swans were grateful for the contribution of captain Matt Grimes as he scrambled away a dangerous cross after Ryan Bennett had given away possession to the Terriers as he strode out of defence.

However, there was no such let-off for the Swans as passive defending allowed Campbell to sweep home via the inside of the post from Pipa’s pull-back.

The hosts nearly doubled their lead a few moments later, Juninho Bacuna working a yard of space to get away a long-range strike that beat Freddie Woodman, but came back out off the upright.

Woodman then held a Bacuna free-kick just before the half-hour mark, before the Swans had a better spell in the lead up to the interval, with Ayew lifting a strike over the bar after a period of pressure around the Huddersfield box.

Grimes then took aim from 25 yards, with his shot whistling through a host of bodies and flying just wide of the right-hand upright.

Swansea were really threatening, and Jake Bidwell had a header cleared off the line from a cross by Connor Roberts.

And they levelled on the stroke of half-time as Hourihane bent in a superb free-kick to beat keeper Ryan Schofield at his near post.

Cooper sent on Morris and Ben Cabango – making his 50th Swansea appearance – for Lowe and Bennett at the start of the second half.

But Huddersfield took the lead for the second time in the afternoon as O’Brien was teed up on the edge of the area and his low drive found the bottom corner.

And less than three minutes later they took a firm grip on the contest as the Swans were again unable to deal with a ball on the edge of the box, and Holmes was teed up to get away a shot that Woodman got a hand to, but could not keep out of the net.

It got even worse for the visitors in the 55th minute when Holmes got his second with a stunning strike from distance that left Woodman with no chance.

Cooper turned to his bench again with Ryan Manning, Yan Dhanda and Morgan Whittaker coming on as Bidwell, Kyle Naughton and Jay Fulton made way.

But, no sooner had those changes been made than Morris landed awkwardly on the ball and had to be stretchered off, leaving the Swans to play with 10 men for the remainder of the afternoon with all five substitutions made.

Bacuna could have added to Swansea’s woes as he came onto a pull-back, but he sliced well wide of the target. However, it made no difference to the final outcome as the visitors missed the chance to climb into the top two in the Championship.