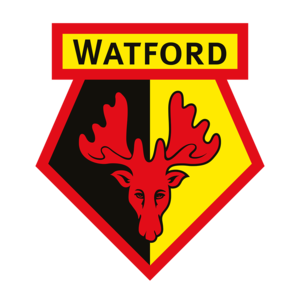 Swansea City fell to defeat in their final league game of the season as goals from Andre Gray and Isaac Success saw Steve Cooper’s side get no reward for a positive showing at Vicarage Road.

The Swans enjoyed the better of long periods of the contest and had chances, with Andre Ayew, Liam Cullen, Matt Grimes and Jamal Lowe among those to have opportunities to get on the scoresheet.

But Gray’s goal, the striker claiming it after a clearance ricocheted in off him, put the Hornets ahead before Success sealed the win in emphatic fashion.

Despite the defeat, Swansea finish the season in fourth place, and will take on Barnsley in the semi-finals of the play-offs after the Tykes finished fifth.

Cooper had brought Marc Guehi, Jay Fulton, Conor Hourihane and Ayew back into his starting line-up, while Connor Roberts made his 150th appearance for his boyhood club.

With no real pressure on either side, the opening exchanges proved lively.

Twice the Swans worked Lowe into space on the left in the opening two minutes, with the latter occasion seeing the forward’s shot blocked away for a corner.

Watford went straight down the other end and Philip Zinckernagel drilled an effort wide when he should have done better.

Chances kept coming, with Ben Foster beating away an Ayew show after fine work by Cullen and Lowe.

Roberts then made an important block as Ken Sema looked to find the bottom corner of Freddie Woodman’s net.

Swansea were carrying a real threat and, after more good work by Lowe, the visitors worked space for Grimes to sting Foster’s palms from just inside the area after beating a man on the edge.

Cullen was proving a threat and linking well with his team-mates, and the striker was denied a finish at the near post by a strong Christian Kabasele challenge, before heading wide from a Jake Bidwell cross.

The visitors had enjoyed the better of the contest, but it was goalless at the interval.

They continued to be on the front foot again at the start of the second 45 minutes, with lovely build-up teeing up Cullen on the edge of the area and the striker’s shot just clearing the crossbar with the keeper stranded.

But it was the hosts who took the lead in the 56th minute as Gray scored a fortuitous goal.

Guehi managed to get something on a cross fizzing across the box, but the ball simply cannoned into the Watford striker and into the net.

Swansea continued to press, Foster just about smothering at Ayew’s feet as the Ghanaian looked to skip around the keeper from a Bidwell cross to the far post.

With one eye on the play-offs, Cooper made a quadruple change with 65 minutes on the clock as Korey Smith, Yan Dhanda, Ollie Cooper and Wayne Routledge came on, while Grimes, Lowe, Cullen and Ayew made way.

Dhanda soon saw his shot striker Cooper and fly just wide of the near post as the final 15 minutes approached.

The midfielder was finding pockets of space and he slid a lovely ball through to Routledge, who saw his shot deflected just wide of the far post.

But Watford struck on the counter to settle it as Success smashed an unstoppable volley across Woodman into the far corner with just three minutes to play.