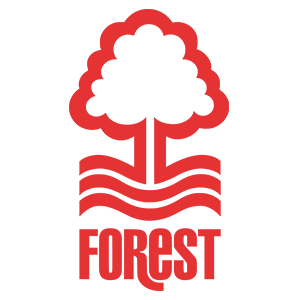 Matt Grimes and Liam Cullen scored a brace apiece as Swansea City marched through to the FA Cup fifth round with a thumping victory over Nottingham Forest at the Liberty Stadium.

Ollie Cooper was also on target with his first senior goal helping Steve Cooper's side book their place in round five of the competition for the third time in four years.

Cullen opened the scoring with a neat volley after just seven minutes, while a 25-yard thunderbolt from Grimes doubled the lead on the half-hour mark.

Although Anthony Knockaert pulled one back for the visitors after the break, the skipper grabbed his second from the penalty spot before Cullen completed his double with another brilliant first-time finish from close range.

And substitute Cooper put the icing on the cake when he drilled home six minutes from time.

After scoring more than two goals in a game for the first time this season, the Swans will host either Cheltenham Town or Manchester City in the fifth round next month.

Cooper handed a debut to new loan signing Conor Hourihane in one of seven changes from last weekend's 2-0 win over Barnsley, while Ryan Bennett returned from injury in the heart of defence.

Cullen was also recalled for only his fourth senior start and repaid the head coach's faith after just seven minutes of the first FA Cup meeting between the sides since 1929.

The young striker demonstrated tremendous movement to peel away from his marker, before calmly volleying home after an impressive run and cross from the right by Wayne Routledge.

Cullen was involved again as the Swans squandered a great opportunity to double their lead in the 24th minute.

A clever flick released Jamal Lowe - just introduced as a substitute for the injured Routledge - but a poor first touch denied the in-form striker an eighth goal in as many appearances.

Forest boss Chris Hughton, who made 10 changes from the midweek defeat to Middlesbrough, has enjoyed a proud history in the FA Cup; lifting the trophy twice in successive years with Tottenham as a player, while guiding Brighton to the semi-finals in 2019.

By contrast, his current employers had not progressed beyond round four of the competition since 2014.

They went close to responding and it took an important intervention from Marc Guehi to prevent Joe Lolley's cutback from finding the unmarked Knockaert.

But the Swans doubled their lead just before the half-hour mark in emphatic fashion.

After Hourihane's initial corner was only half-cleared, Grimes was allowed too much time to receive Yan Dhanda's square ball before unleashing a stunning 25-yard strike into the top corner.

The hosts had the ball in the net again two minutes before half-time through Connor Roberts, who had raced in behind the defence, but the wing-back was denied by the offside flag.

Targeting their second Welsh scalp in this season's FA Cup after knocking out Cardiff in round three, Forest made a promising start to the second half and Bennett made important blocks to deny Lolley and Carl Jenkinson.

But the Reds made their pressure tell in the 56th minute; capitalising on loose play by the Swans with Knockaert smashing home after neat footwork by Lolley.

However, the Swans came roaring back and restored their two-goal buffer just five minutes later.

Joe Worrall was adjudged to have tripped Ryan Manning in the box much to the dismay of the visitors, and Grimes stepped up and calmly sent Smith the wrong way; meaning that three of his six Swansea goals have come from the penalty spot.

Cullen then completed his brace at the midway point in the second half; sweeping home Manning's precise cross from 12 yards out after a tremendous ball with the outside of his boot by Dhanda.

Aiming to avoid a second consecutive defeat against the Swans, who prevailed 1-0 at the City Ground in November, Forest looked to respond in the final 20 minutes.

Freddie Woodman made a smart save to deny Lolley from a tight angle, while substitute Miguel Guerrero was just unable to turn a header home from close range.

Having used all five allocated substitutes, the hosts were forced to finish the game with 10 men after Cullen limped off injured. But that did nothing to halt the momentum of the Swans, who increased their lead six minutes from time.

Making just his second senior appearance having also climbed off the bench in the victory over Stevenage in round three, Cooper marked the occasion by drilling a low shot under the dive of Smith after a quickfire breakaway by Lowe.

It was the icing on the cake for the hosts, who extended their unbeaten run on home soil to 10 games in all competitions.