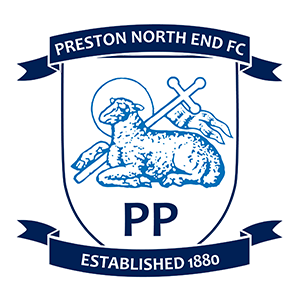 Joel Piroe grabbed his fourth goal in five games but Swansea City fell to defeat against Preston at Deepdale.

The in-form summer signing had fired Russell Martin’s side ahead in Lancashire, firing home right-footed to end a slick move.

But that lead was quickly cancelled out by Sepp van den Berg, and when Emil Riis and Ben Whiteman netted just before and after the interval respectively, the game was beyond the visitors.

The Swans also lost Joel Latibeaudiere to injury early on to compound a difficult afternoon.

The result leaves the Swans on four points from their first five games heading into an international break which will allow new boss Martin – still less than a month into the job – a first extended period of time to work with his players on the training pitch before Championship hostilities resume.

The head coach had made just the one change from the win at Bristol City, with Ryan Bennett coming in for Brandon Cooper in defence.

The Swans started brightly, twice working Ethan Laird into space. On the second occasion the wing-back delivered well into the area, with Piroe heading over under pressure in the middle.

After seven minutes the home crowd were appealing for a penalty after Latibeaudiere and Riis had tangled chasing a ball on the edge of the Swansea area, but referee Thomas Bramall did not share their view.

However, Latibeaudiere appeared to fall awkwardly on his knee in that incident, with Cooper coming on to replace him.

But the Swans were soon back in their stride, Liam Cullen forcing Daniel Iversen into a smart save after good work by Jamie Paterson down the left flank.

And they took the lead in the 20th minute through Piroe after a lovely move.

Paterson found more space on the left and fed the ball infield to Cullen, who in turn produced a lovely flick around the defender to send the Dutchman beyond his marker to fire home a low finish

However, the lead lasted barely a minute. A ball into the box fell for Van den Berg, and he was able to turn away from his man and find the bottom corner.

It was the first time the hosts had shown any real threat but the rapid equaliser put a spring in their step, with Riis volleying straight at Steven Benda on the half-hour mark.

At the other end, Piroe was nearly played in by Ryan Manning, but didn’t anticipate his marker misjudging an attempted clearing header and the ball skipped into the grateful grasp of Iversen.

Benda pushed away a firm strike from Sean Maguire as the half-time interval neared, before superb defending from Cooper prevented Riis laying on an easy finish for Josh Earl.

Benda then denied Riis after he had broken away in first-half stoppage time but there was no let-off when the Swans failed to deal with a ball into the box, and it fell for Preston’s Danish forward to smash a thunderous strike into the net.

It was virtually the last kick of the half but the early stages of the second half were no better for the visitors.

Benda was booked after racing out of his goal to deal with a long ball and bringing down Riis, and was then unable to keep out the resulting free-kick from Whiteman.

Martin soon sent on Kyle Naughton and Jamal Lowe for Jay Fulton and Ryan Bennett but the home side remained on the front foot, with Van den Berg blazing high and wide after working room for a strike just beyond the corner of the six-yard box.

Lowe did threaten to send Piroe in on goal with an improvised volleyed pass, but that was just cut out by the last defender, before Bidwell overhit a cross after some good work between the wing-back and Paterson.

Laird then drove superbly to the byline and laid the ball back for Cullen, but the forward's volley was blocked by the onrushing defenders and with it went any hopes of a dramatic late revival.