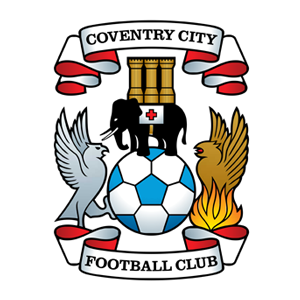 Swansea City ended Coventry’s unbeaten home record and secured a second away victory of the season thanks to a fast start at the CBS Arena.

Goals inside the opening 12 minutes from Jamie Paterson and Joel Piroe – the latter registering his 10th goal already this term – had Russell Martin’s side in command as they came out of the blocks sharply.

But the Sky Blues underlined why they have enjoyed such an impressive start to the campaign by hitting back through a Kyle McFadzean header during an entertaining and absorbing opening half.

The game became a rather more tense affair after the break but, while Coventry pushed for a leveller, it was hard to recall the Swans defence having to deal with any real moments of panic.

The win moves the visitors into the top half of the table and within one point of the play-off places.

Head coach Martin had named an unchanged side with the Swans high on confidence after their weekend win, and they started fluidly.

And, as had been the case against Peterborough, they took an early lead.

A sweeping move saw Jake Bidwell whip in a cross that was only weakly cleared to Paterson, who coolly steered the ball across Simon Moore and into the far corner of the net with fewer than five minutes on the clock.

The visitors were soon rampaging forward again, with Ethan Laird cynically fouled as he raced towards goal before Matt Grimes curled the resulting free-kick narrowly wide.

At the other end, Ben Hamer was out quick to foil Matty Godden but Swansea doubled the lead in the 12th minute through a superb counter-attack.

Olivier Ntcham set Laird in a foot race he was always going to win before cutting into the box, he was fouled but play went on and Piroe’s deflected strike dropped into the corner of the net.

Hamer was having to be alert patrolling the edge of his own area, and he pushed away an attempted lob from ex-Swans Viktor Gyokeres after the Swede had got in behind.

That was part of a better period for the hosts where they began to ask real questions of the Swans for the first time in the contest.

And they pulled a goal back in the 27th minute as McFadzean rose at the far post to power a corner beyond Hamer.

The Swans looked to respond and wrest back the initiative, but Piroe saw a shot blocked and Paterson could not quite bring a Bidwell pull-back under control.

Piroe’s backheel was cleared away before Moore did well to tip a fizzing Paterson drive over the bar as the momentum swung back and forth.

Callum O’Hare should have levelled for the Sky Blues five minutes before the break, but could only fire tamely at Hamer after seizing on the keeper’s header just outside his own area.

As it was, the Swans held a one-goal lead at the end of an engrossing half of football but there was no let-up in the intensity as the second period got under way.

Fankaty Dabo saw a shot well blocked by Paterson after a strong run by Gyokeres although the hour mark came and went without any further goalmouth action.

But there was a big chance for the Swans just after it, with Bidwell heading against the bar from a Grimes corner.

Martin opted to send on Michael Obafemi for Ntcham a few moments later.

Coventry continued to press, and Ryan Manning recovered superbly well to cut out Gyokeres’ route to goal after Kyle Naughton had played him on.

The contest remained in the balance into the last 15 minutes with Manning having a run and a shot blocked as the Swans sought a clincher.

But the hosts came on strong during the closing stages as they looked to retain their unbeaten record on their own patch since returning here.

Hamer tipped over Dabo's effort at the start of stoppage time as the Swans claimed the spoils.