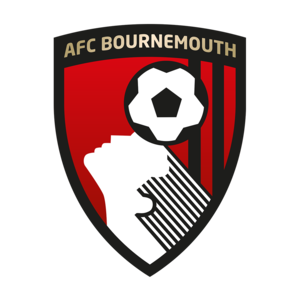 Swansea City suffered defeat at Bournemouth as a brace apiece from Dominic Solanke and Jaidon Anthony gave the Championship leaders the three points at the Vitality Stadium.

Russell Martin’s men had started really brightly on the south coast, but Solanke’s opener left them a goal down at the break.

And the striker added his second soon after the restart, before Anthony struck the third for the hosts and completed the scoring in stoppage time.

There will be frustration for the visitors given they had by far the better of the opening 25 minutes, dominating the ball and limiting any opportunities for the hosts.

But the momentum of the afternoon swung on Solanke’s opener against the run of play, which had a suspicion of offside about the build-up, and there was no way back for the Swans as the Cherries took their own stranglehold on proceedings in the second period.

Head coach Martin had made just one change from the win at Coventry, with Flynn Downes coming in for Korey Smith in midfield.

The Swans made a very good start, with Ethan Laird and Jake Bidwell having joy down the flanks and there being a real zip and fluency to the visitors’ passing.

The Swans early domination was such that at the 10-minute mark the hosts had completed just 10 passes and had only 11 per cent possession.

And the visitors felt they should have had a penalty in the 11th minute when Laird again skipped away from Leif Davis and went down as the covering defender attempted to get back on terms with him.

Referee Tony Harrington waved the appeals away, but the Swans remained on top with Olivier Ntcham firing into the gloves of Mark Travers from distance.

It took nigh on 20 minutes for Bournemouth to threaten, with Matt Grimes and Ryan Manning doing well to block deliveries into the Swans box.

Ryan Bennett then superbly cut out a pass from Phil Billing that looked set to send Solanke in on goal.

Travers was called into action by an awkward bouncing strike from Joel Piroe but the visitor fell behind to a debatable goal in the 26th minute.

Billing looked to be in an offside position when he was freed down the right, but the flag stayed down and he squared for Solanke to fire home unmarked in the centre.

The Swans looked for a quick response, Laird stepping inside and having a shot blocked after battling work by Manning and Grimes.

It became an increasingly niggly contest as half-time neared, with Downes, Billing, Solanke and Bennett all receiving booking; the latter ensuring the Swansea defender will miss the home clash with Blackpool later this month as he racked up his fifth of the campaign.

The Swans remained behind at the break but again started well, Laird making an excellent driving run only to misplace his final pass with white shirts up in support.

But Bournemouth doubled their lead with their first attack. Bennett gave the ball away and David was sent clear to pick out Solanke, who superbly volleyed the ball past a helpless Ben Hamer.

It took the Swans a few minutes to regain their composure following the setback, but they began to find their stride again just before the hour mark with Laird again involved without being able to find a telling final ball.

Piroe then fired straight at Travers after a terrific run and turn left three defenders in his wake, but any thought of a fightback was killed off with 65 minutes on the clock.

Ryan Christie picked off a pass deep in Swansea territory and, although Hamer did well to save his effort, the follow-up was headed in by Anthony.

Bennett soon cut out another Christie cross as the Cherries threatened to further extend their lead, while Piroe was unable to hold off Lloyd Kelly as he looked to get in on goal.

Hamer denied Anthony a second with a superb full-length save as the game entered its final stages, before also adjusting brilliantly to prevent Billing's deflected effort finding the net.