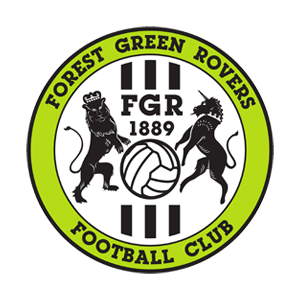 A Yan Dhanda strike and a fairytale debut goal for 16-year-old Ben Lloyd saw Swansea City maintain their 100 per cent record in pre-season with victory at Forest Green Rovers.

After a goalless first-half, caretaker boss Alan Tate saw his side take a 64th-minute lead when Dhanda finished off a sharp attack in transition.

And Welsh teenager Lloyd then netted with his first touch on a senior outing for the club just seconds after being introduced from the bench.

Matty Stevens scored from the spot late on for the hosts, after Joel Latibeaudiere was sent off for pulling the striker back in the area, but the Swans saw out the final few minutes.

The evening also saw Ben Cabango and Ollie Cooper get their first minutes of pre-season under their belts; the defender starting after returning from his involvement at Euro 2020, the midfielder making a comeback after injury.

The Swans will now round off their preparations for the 2021-22 campaign by facing Southampton at the Liberty Stadium on Saturday.

The home side started brightly, with Kane Wilson seeing a foray forward end with his cross being cleared, before Udoka Godwin-Malife had a tame effort comfortably held by Ben Hamer.

A few moments later Jamal Lowe failed to find Cooper, when an accurate pass would have sent the young midfielder clean in on goal.

Joel Piroe then sent Jake Bidwell scampering down the flank, but Rovers keeper Luke McGee was out quickly to thwart the danger.

At the other end Cabango made a superb block after the Swans had given the ball away in their own third, with Jack Aitchison the man denied by the Wales international’s challenge.

Lowe threatened again just before the half-hour mark, nicking the ball of a defender and racing towards goal, however his options were limited with black shirts drifting away from him and his final shot was blocked by a swarming covering defence.

A heavy touch then let Lowe down after a magnificent pass from Liam Walsh had cut the home defence to pieces.

Whittaker and Latibeaudiere were introduced at the interval – in place of Cooper and Cabango respectively - and the former came the closest yet to an opener as he rattled the crossbar with a left-footed strike from his first involvement.

Whittaker was soon presented with another chance, but sliced high and wide after fine build-up involving Bidwell and Latibeaudiere.

However, the Swans did take the lead in the 64th minute. Kyle Naughton nicked the ball for the visitors and substitute Liam Cullen pulled the ball back to the edge of the area.

Dhanda was running on to it, and he took a touch before firmly firing the ball into the net via a small deflection.

And the win looked to have been sealed with a Roy of the Rovers moment for teenager Lloyd who, with his first touch after replacing Liam Walsh, took in a pass from Bidwell and fired the ball into the top corner from the left side of the area.

However, Forest Green pulled one back with four minutes remaining as substitute Stevens scored from the spot after being fouled by Latibeaudiere, who was sent off.

But it did not alter the final outcome.