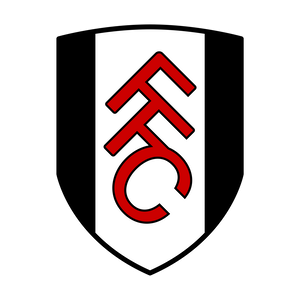 A stirring second-half fightback was not enough for Swansea City as they were beaten by Fulham at the Liberty Stadium.

Steve Cooper’s side produced a greatly-improved performance from the defeat to Millwall, but the clinical finishing of Aleksandar Mitrovic sent the Cottagers in two goals to the good at the break.

The Swans sought a way back into the game and picked up a real head of steam after George Byers had headed in to pull one back.

But they could not find an equaliser as Scott Parker’s visitors took all three points.

Looking for a spark in front of the home crowd, the Swans – with Kyle Naughton, Byers and Sam Surridge in for Jake Bidwell, Bersant Celina and Borja Baston - made a bright start.

Fine work by Connor Roberts and Andre Ayew found Surridge free six yards out, but the striker’s effort was saved from point-blank range by Marek Rodak, with the Fulham keeper then pushing away Naughton’s curling follow-up.

Threatening deliveries from Matt Grimes and Roberts added to a positive start from the hosts as Fulham enjoyed a fair bit of possession without having much joy in attack.

The Swans were looking sharp and, when Grimes cushioned a poor Rodak clearance, Byers flashed a superb volley against the outside of the post from 25 yards.

Kristoffer Peterson was the next to try his luck as excellent pressing work from Ayew again won the ball high up the pitch.

But it was Fulham who took the lead in the 22nd minute. Lovely build-up play worked space on the left, and when Aboubakar Kamara’s shot came back off the bar, Mitrovic coolly headed in his 14th goal of the season.

The goal sparked a period of fine play from the visitors, keeping the Swans at arm’s length with crisp passing and movement.

But the hosts found their stride again in the 35th minute, a nice exchange between Surridge and Byers ended with the latter steering a shot toward the far post that Rodak got down quickly to parry.

A nice flowing move then ended with Ayew acrobatically hitting a volley straight at the Cottagers’ keeper after Byers crossed from Jay Fulton’s measured pass.

But the Swans were punished on the stroke of half-time as a slack pass from Peterson was picked off to leave Fulham with a three on two.

Kamara’s pass found its way through to Mitrovic who made no mistake, firing high into the net to double the visitors’ half-time advantage.

Swansea needed something at the start of the second half, and twice teasing crosses from Peterson would not quite drop for a white shirt in the area.

But Fulham responded with a wonderful passage of play as they calmly retained possession, moving Swansea around and working space for a Joe Bryan cross that so nearly gave Mitrovic a hat-trick.

Woodman superbly denied Ivan Cavaleiro as the winger feinted inside Ben Wilmot to get away a sharp shot.

And they pulled a goal back in the 65th minute as Barrie McKay, on for Peterson, hung up a high cross and this time Rodak could only push Byers’ header into his own net.

The goal lifted the Liberty and the Swans, with McKay’s slide-rule passes suddenly causing confusion in the Fulham rearguard.

Fulton saw his shot blocked by Denis Odoi, while Surridge’s goal-bound effort from Mike van der Hoorn’s cross was scrambled clear as the Swans piled on the pressure.

But Cooper's men could not find the goal they so desperately craved.