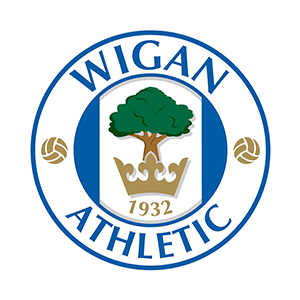 Steve Cooper’s side had to overcome Nathan Byrne’s 16th-minute opener for the Latics, with Brewster finding the bottom corner three minutes later after being teed up by debutant Conor Gallagher.

Victory moved the Swans up to fifth with 45 points from 28 games.

Gallagher, signed on loan from Chelsea earlier in the week, made his debut in the solitary change to the starting line-up as he took the place of Wayne Routledge.

After that, Wigan wasted a decent effort when Joe Williams nodded over from a cross when well placed.

But they made amends a minute later as a move started from inside their own box led to Byrne controlling a low cross in the Swans box before stroking it past Woodman.

The Swans looked for a response and they got it just minutes later.

Kyle Naughton, Celina and Gallagher linked up, with the latter threading through a pass for Brewster, who drilled home into the bottom corner with his left foot.

The Swans, buoyed by their goal, went in search of another and Gallagher spurned a good chance when he was teed up by Connor Roberts, but the Chelsea loanee skied his shot from the edge of the box.

Wigan, though, were looking dangerous themselves and Paul Cook’s side carved open another opportunity of their own when Garner got onto the end of a cross, but he nodded over.

Then, in the final moments of the half, the Swans went within inches of edging ahead on two occasions.

First. George Byers’ sublime diagonal pass found Celina out on the left, and when he skipped past marker Byrne the Kosovan cut inside and saw his cross deflect off keeper David Marshall before being cleared off the line by Kai Naismith.

Celina was at it again in the final few seconds of the half as his cross deflected towards Ayew, but his header bounced just wide.

The Swans continued their good work in the second half and looked the more likely to score.

Brewster saw his shot blocked after latching onto Celina’s cross before the Liverpool loanee was denied again seconds later.

The Swans kept plugging away and Kyle Naughton’s drilled effort was nudged wide for a corner while Gallagher was the next to be denied after he linked up with Ayew, Byers and Roberts.

But the Swans did get the goal they deserved in the 67th minute as Ben Wilmot intercepted a Wigan pass and he fed Celina, who beat his marker for pace before drilling a low pass into the box which Ayew backheeled into the net from close range.

Celina, in arguably his best performance of the season, almost added a goal to his afternoon’s work when he intercepted a loose pass but curled his effort inches wide.

Wigan pushed for a late equaliser but the Swans held firm to pick up their 12th win of the season – a result which takes their unbeaten home record to five games.