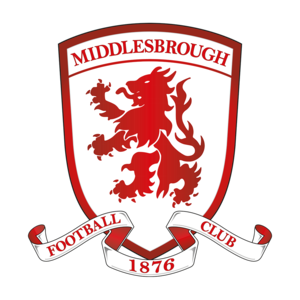 Swansea City equalled their biggest league win of the season as goals from Rhian Brewster and Andre Ayew ensured Steve Cooper’s side returned to Championship action with an emphatic victory at the Riverside Stadium.

The visitors completely dominated the opening half as they played a competitive fixture for the first time since early March.

Brewster took his tally for the Swans to six goals with a brace as he side-footed in Ayew’s cross for the opener, and quickly volleyed in an Aldo Kalulu cross a few minutes later.

Ayew also added to his tally from the penalty spot, after Conor Gallagher had been brought down in the area, to give the visitors a 3-0 interval lead, that could have been greater had Kalulu and Brewster not been denied by the woodwork.

And that was how it ended as a professional second-half showing saw the Swans leave Teesside with a clean sheet to go with the three points and a scoreline that equalled their best away win at Middlesbrough from 1926.

Given this was such a step into the unknown as football resumed behind closed doors, but Cooper and his players would have been delighted to start again in such positive fashion to give an ideal boost to their play-off hopes.

Cooper had made two changes for the resumption of Championship action, with Connor Roberts and Ben Wilmot brought into the starting line-up.

Injury victims Joe Rodon (quad) and Kyle Naughton (ankle) dropped out of the side, although Naughton passed a fitness test to take a place on the bench.

The hosts left the likes of Marcus Tavernier and Britt Assombalonga on the bench, while there was no Daniel Ayala in defence.

The Swans were the first to emerge into the deserted stadium as part of the new measures designed to prevent the spread of Covid-19, before both sides observed a minute’s applause for the bravery and application of all NHS key workers during the Coronavirus pandemic.

The two teams also took a knee prior to kick-off in support of the Black Lives Matter movement.

The Swans made an assured start, enjoying the majority of the early possession, and so nearly took a seventh minute lead.

Ayew fed Kalulu, who got beyond the slipping final defender and beat the keeper with a chip, only to see the ball come back off the post.

Rudy Gestede headed an early sight of goal wide for the hosts, but it was the visitors who were looking the more likely to break the deadlock.

The Swans soon struck the woodwork for the second time on 15 minutes, Kalulu’s header from an Ayew cross was going wide, and Brewster hit the outside of the post as he tried to adjust and tuck the ball away at the far post.

But they took a deserved lead in the 18th minute as Brewster made no mistake after lovely link work with Ayew had sent the Ghanaian tearing down the left to pick out the on-loan forward.

It was 2-0 just three minutes later. Gallagher fed Kalulu, and his weighted cross was volleyed into the ground and beyond the despairing dive of keeper Dejan Stojanovic by Brewster.

The Swans were in total control, and it was noticeable how Middlesbrough’s early high press quickly dropped off, but still the visitors were having plenty of joy, particularly through Kalulu and Ayew down the flanks.

Things got worse for the hosts when captain George Friend brought down Gallagher in the area just past the half-hour mark.

Ayew stepped up to take the spot-kick and coolly sent the keeper the wrong way for his 15th goal of the season.

Brewster blazed wide on his left foot as the Swans threatened again against beleaguered Boro.

Unsurprisingly Jonathan Woodgate made changes at the interval, bringing on Patrick Roberts and Djed Spence for Adam Clayton and Ryan Shotton respectively, but there was little initial sign of a change in the pattern of proceedings.

Middlesbrough did have a better spell in the lead up to the hour mark, putting the Swansea rearguard under pressure without really creating a clear-cut opportunity to work Freddie Woodman, with Lewis Wing firing the best chance wide.

The likes of Jordon Garrick, Wayne Routledge and George Byers were given game time as the Swans eased to victory, despite the hosts being improved on their first-half showing, with Byers striking the woodwork in the final moments.