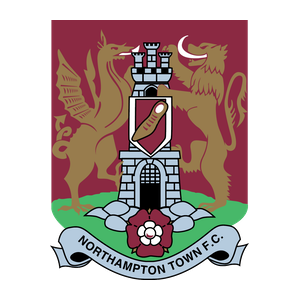 Three goals in seven minutes – including a brace from Andre Ayew – saw Swansea City fight back to see off Northampton and reach the second round of the Carabao Cup.

Steve Cooper’s side had looked in danger of being on the wrong end of an upset when Matt Warburton had given the League Two Cobblers the lead at the Liberty Stadium.

But Ayew emerged from the bench to nod home the leveller – his first Swansea goal since May 2016 – and George Byers put the Swans ahead for the first time with a curling strike from distance.

And Ayew wrapped the win up with another headed finish to seal passage through to the next stage.

Head Cooper had handed debuts to Ben Cabango and Ben Wilmot as Kyle Naughton skippered the side on his 150th Swans appearance.

Kristoffer Peterson and Sam Surridge made their first starts, while there was a youthful looking bench including the likes of Tivonge Rushesha, Jordon Garrick and Kees de Boer. The latter two making their debuts from the bench late in the contest.

After a sluggish start the Swans began to exert some pressure, Byers being crowded out after a slaloming run and then failing to connect cleanly with Barrie McKay’s corner.

Wilmot then headed over when left unmarked from another McKay set-piece.

The Scot was then unlucky not to get more reward for a lovely piece of skill and a surge into the penalty area. His ball across the six-yard box looked destined to give Surridge a tap in, but excellent defending just cut it out.

It meant the Swans had still to test old boy David Cornell in the Northampton goal as the half-hour mark came and went while, at the other end, Warburton fired wide after being given room to take aim from the edge of the area.

Declan John had looked lively going forward, and it was his surge that led to the Swans first shot on target of the evening. The ball fell to Peterson, whose low drive was held by Cornell at his near post.

Moments later the Swede picked out Yan Dhanda, but his effort was well over the bar and it remained goalless at the break.

McKay had an effort saved by Cornell early in the second half but the visitors were visibly growing in confidence, with Warburton and Ryan Watson chancing their arm from the edge of the box.

The Swans responded with a better spell, Cabango bringing the ball out to start a strong attack that saw Surridge, Dhanda and Peterson link well, only for the final pass to go astray.

Wilmot fired straight at Cornell from a drilled McKay corner, and the Cobblers went straight up the other end to open the scoring.

A smart break ended with Warburton smartly tucking the ball beyond Kristoffer Nordfeldt to find the far corner.

Cooper sent on Andre Ayew – who had been waiting on the touchline prior to the goal – for Peterson and Swansea pressed for an equaliser without really creating a clear sight of goal.

McKay saw a shot blocked over the bar, while Wilmot was off target from a Dhanda cross as the game entered the final 20 minutes.

McKay was then withdrawn as Garrick made his first-team debut.

The forward almost enjoyed a dream start, being played in on goal but being denied by Cornell.

The former Swan then saved superbly from a Surridge header, before John blasted into the side netting.

Swansea kept pushing and finally the goal came; Ayew’s initial shot was blocked but he followed up the looping ball to beat Cornell with a header and level the scores.

It was all Swansea and Ayew just failed to connect with Garrick’s driven cross, while Wayne Routledge’s follow-up effort was blocked with the goal gaping.

And they took the lead as John’s surging run out of defence created room for Byers, whose curling effort bounced under Cornell’s despairing dive to find the far corner.

Ayew then made sure of the win, nodding in from close range after Wilmot had challenged at the far post.