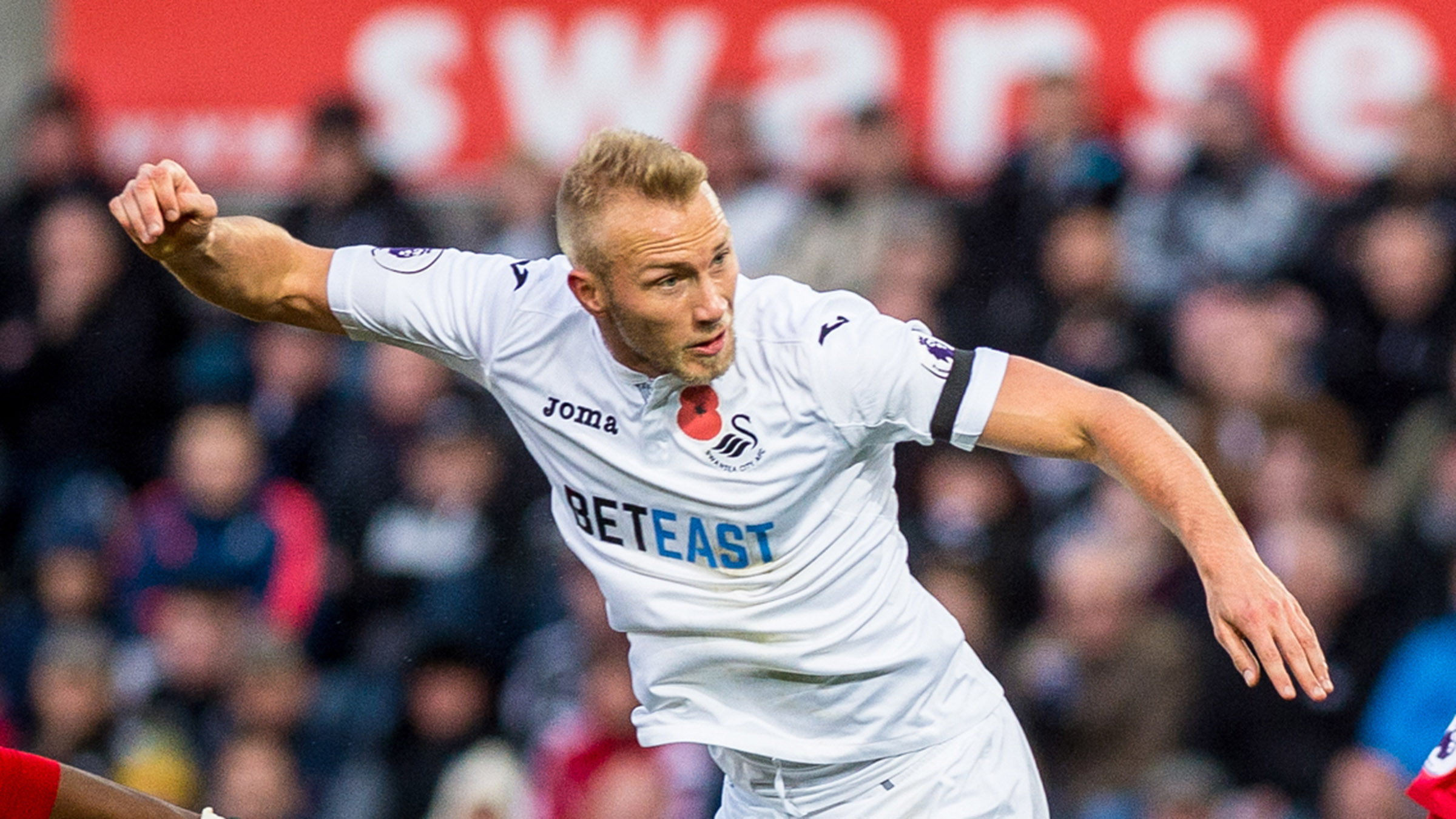 The visitors were well in control of the first half and held a commanding 3-0 lead at the break courtesy of Paul Pogba and a Zlatan Ibrahimovic brace.

After the break, in which the Swans looked more positive, the hosts grabbed one back in the 69th minute as van der Hoorn powered home Gylfi Sigurdsson's free-kick.

Defeat, the Swans' second in a week following the loss at Stoke, left Bradley's side joint bottom going into the international break with five points from 11 games.

The Swans were quick out of the blocks, with Gylfi Sigurdsson intercepting Wayne Rooney's pass across his own box, but the visitors' defence denied him an effort on goal.

But, sadly for the Swans, that was as good as it got in the first half. Manchester United were hugely dominant from that point onwards as they enjoyed the vast majority of possession and territory.

Rooney drove wide 60 seconds after his initial mistake, then United were ahead with 15 minutes on the clock.

It was a stunning effort too, with Paul Pogba drilling a perfect half-volley past Lukasz Fabianski from 20 yards after Mike van der Hoorn's headed clearance.

Jose Mourinho's side flexed their muscles once more, with Marouane Fellaini volleying wide as the visitors threatened to double their lead. But they didn't wait for long.

With 21 minutes on the clock, the away fans were on their feet once again as Rooney raced on before touching to Ibrahimovic, and his low shot squirmed under the hands of the diving Fabianski.

The Swans desperately needed to settle themselves and get into the game, but United were well on top and the confidence was flowing throughout their players. And that confidence only grew when they made it 3-0 just past the half hour.

Again, it was Rooney who found Ibrahimovic, and when he rode the challenge of Angel Rangel, the big Swede fired home from point-blank range.

The Swans switched Sigurdsson inside and Routledge out to the left with Borja pushed to the right, but it failed to inspire a change. At the break the Swans were trailing 3-0, with a lot of work left to be done after the break.

Bradley made a double change at the break to inject some attacking intent into his side as the Swans desperately needed to cut the deficit.

Modou Barrow and Jefferson Montero were introduced with Wayne Routledge and Fernando Llorente making way. The change handed the Swans pace out wide, with the pair looking lively on the flank.

And when Barrow was hauled down after 69 minutes, the Swans clawed a goal back.

Sigurdsson's delivery found Mike van der Hoorn, and the big Dutch defender rose highest to nod home from 12 yards for his first goal for the club.

The Swans were looking much brighter, and another goal would have made for a tense finish.

Barrow went close with a volley from Montero's cross, but he didn't make a strong enough connection and David De Gea got down to smother his effort.

The Swans huffed and puffed, but that was the best it got as the Swans suffered a second consecutive defeat of the week.