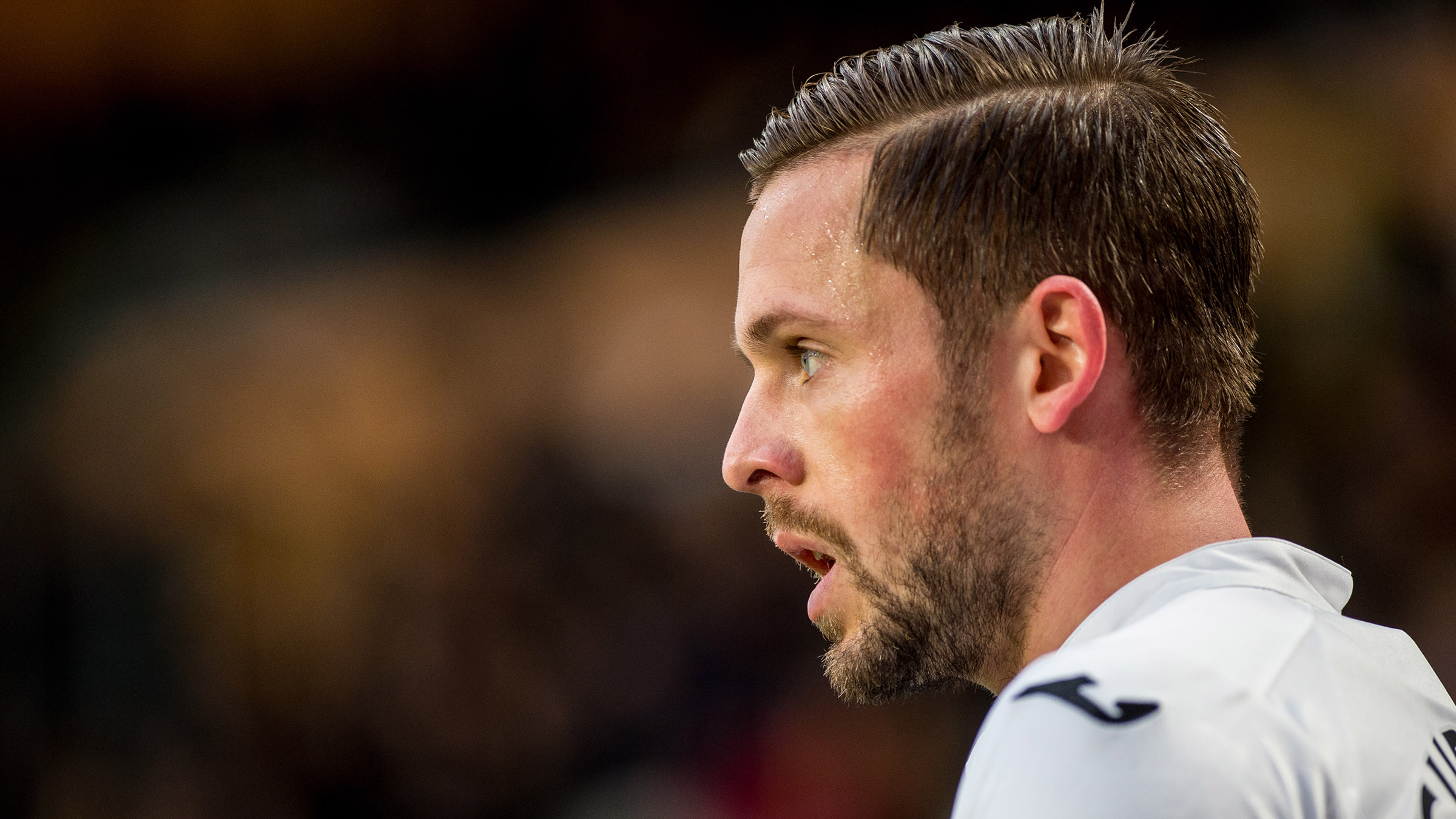 The Swans picked up a point from a scintillating 2-2 draw with Chelsea at the Liberty.

A first home point of the season came in a dramatic encounter with the Blues, who saw their perfect start come to and end in SA1.

Diego Costa had fired the visitors ahead before missing from two yards out as Antonio Conte's side led at the break.

Then two goals in three minutes saw the Swans take the lead. First, Gylfi Sigurdsson fired home a penalty after he was brought down by Thibaut Courtois, with that goal seeing him become the Swans' all-time Premier League top scorer with 26.

Then Leroy Fer robbed possession off Gary Cahill and his shot squirmed over the line after going through the legs of Courtois.

But Costa ensured Chelsea took a share of the spoils as he blasted home from close range after Branislav Ivanovic's shot deflected into his path.

The Swans made two changes to the side which began their last game at Leicester City prior to the international break.

Francesco Guidolin opted for a change of formation - 3-5-2 - and handed first Premier League starts of the season to two of the players who have been away with their respective countries - Neil Taylor and Ki Sung-Yueng.

Welsh international Taylor started at left wing-back, with Stephen Kingsley lining up as one of three central defenders.

The Swans’ change of shape meant they had extra numbers in the middle of the pitch, and helped ensure they had their share of possession in the opening stages.

Nevertheless, it was Chelsea who had the first effort on goal after Cork had misplaced a pass. The ball was worked quickly to the Chelsea right and Willian wasted no time in firing goal wards, but Lukasz Fabianski stood tall at his near post to beat the shot away.

The Swans survived there, but it was a different story when Bratislava Ivanovic lifted a cross in from the right flank on 18 minutes.

Federico Fernandez met the centre with a header which looped up in the air, then the big defender headed the ball for a second time.

But his clearance only reached Oscar, who squared the ball for Diego Costa to steer a low shot into the bottom corner of Fabianski’s net.

Things might have got worse for the Swans two minutes later when Eden Hazard sprinted into the box after nicking possession off Kyle Naughton.

But three sides of the Liberty breathed a sigh of relief as Fabianski made a very fine save to deny the Belgian wideman a goal.

The Polish keeper then had to be alert to deny Hazard, who had scampered down his left flank before cutting inside and firing towards goal from an acute angle.

The Swans, though, went even closer as Gylfi Sigurdsson curled a fantastic effort just wide of the diving Thibaut Courtois.

Francesco Guidolin then made a change in the 40th minute as he looked to give his side more of an attacking edge.

But it was at the other end hthough that saw the next opportunity, as Costa wasted a glorious opportunity to double the lead from two yards out. After John Terry flicked on a corner, the striker's effort from point-blank range flew across goal.

That proved the final action of the half, with Costa's strike proving the difference between the sides.

After the break, Chelsea continued their search for a second goal, and they went close within two minutes as the lively Willian cut inside from the right before his low effort bounced inches wide of the far post.

The Blues were looking the more likely to find the next goal, but the game was turned on its head as the Swans scored twice in three minutes.

With 59 minutes on the clock, Leroy Fer's sublime pass found Barrow on the left, who crossed to Sigurdsson, and the Icelandic midfielder was brought down inside the box by the onrushing Courtois.

Sigurdsson proved cool as ever from the penalty spot, beating Courtois from 12 yards.

The Swans fans were on their feet, but more was to come. Two minutes later, Fer robbed possession off Gary Cahill some 20 yards out, and then the Dutch midfielder ran in on goal before his effort squeezed through the legs of Courtois and over the line.

But the action wasn't to stop there, with Chelsea immediately probing for an equaliser.

And they went close after 66 minutes, with Oscar's effort looking destined for the top corner only for Fabianski to fly across to palm it away from goal.

The Brazilian went close on two more occasions as he drove wide before heading over while unmarked in the box.

But Chelsea were not to be denied any further as they levelled in the 81st minute. Branislav Ivanovic's shot was deflected into the path of Costa, and he acrobatically fired home from close range.

The game was end to end, and both teams were looking for a winner.

Hazard went close to getting the game's fifth goal as the winger raced on before firing a powerful effort which Fabianski did well to pad out.

There was more drama, with Hazard slipping outside the Swans box before Fer latched onto the loose pass and fed Barrow. But the Gambian was hauled down by Hazard, who managed to track back.

That was the end of the action, though, as the Swans picked up their first home point of the campaign.