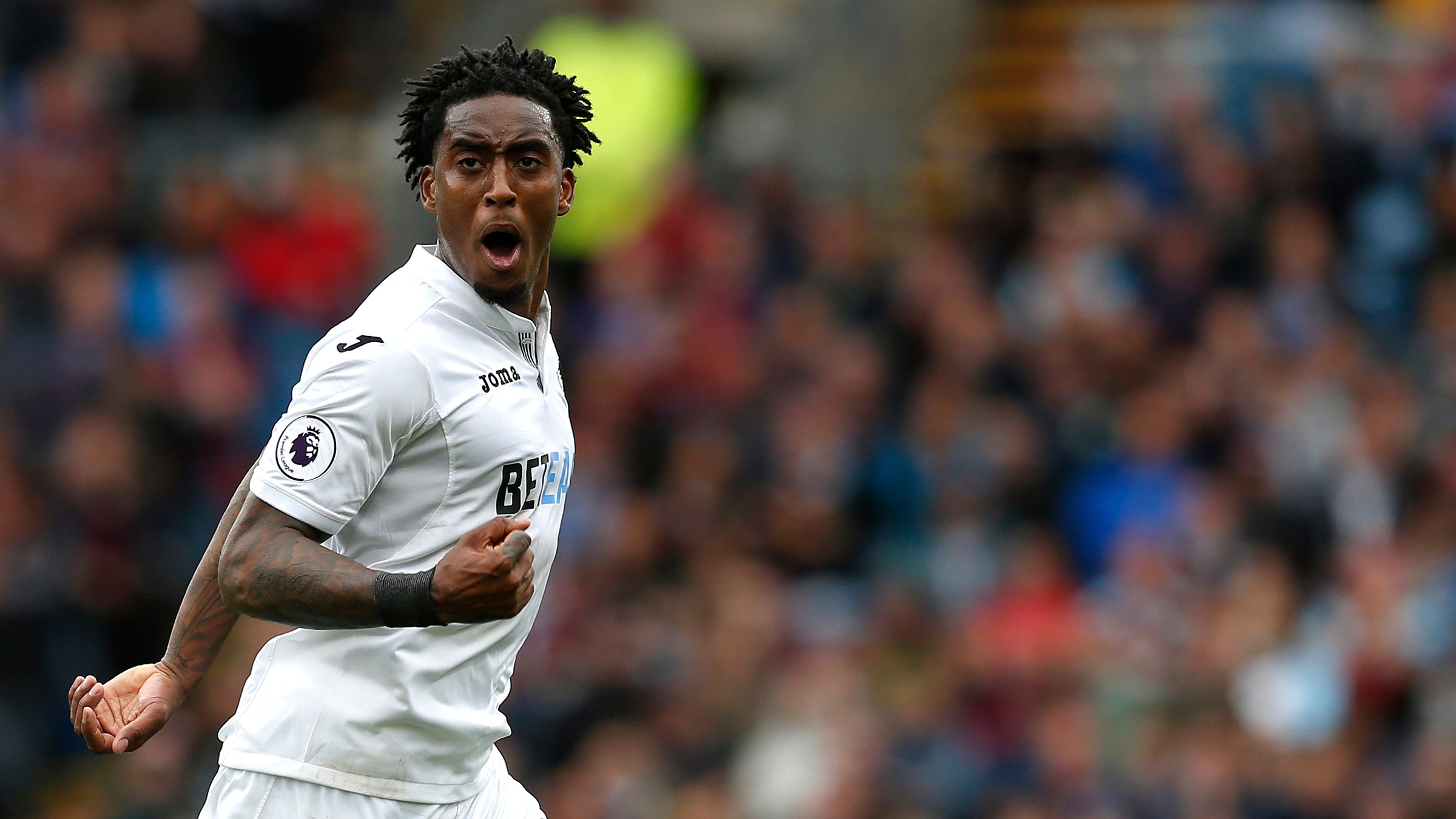 Leroy Fer scored a late winner as Swansea City kicked off their 2016-17 Premier League campaign with a 1-0 victory at newly-promoted Burnley.

The Dutch midfielder, making his second debut following a successful spell at the Liberty last season, slammed home from close range in the 83rd minute after Tom Heaton had spilled Fernando Llorente header.

That proved the difference in a closely-fought encounter at Turf Moor, which saw a frantic finish as Burnley threw everything forward to claim a point.

But the Swans held on to clinch three points from the opening game.

World Cup winner Fernando Llorente was handed his debut. The striker, signed from Sevilla just over a week ago, led the line as club-record signing Borja Baston had not travelled with the squad after his arrival at the Swans on Thursday.

Fellow summer signing Leroy Fer made his second debut following a successful loan spell at the Liberty last season, while Mike van der Hoorn was among the substitutes.

Leon Britton wore the captain's armband following Ashley Williams' departure from the club, while Stephen Kingsley was named at left-back with Neil Taylor still working his way to full fitness.

Gylfi Sigurdsson was included on the bench as the Icelandic midfielder hadn't featured in any pre-season games due to his involvement in Euro 2016.

The first 30 minutes ticked by with no real major threat on goal from either side. Modou Barrow proved the liveliest player with his blistering pace offering the Swans a big option down the right flank.

Twice inside the opening nine minutes the Gambian was hauled down by left-back Stephen Ward.

He was at it again shortly after, beating his man before his cross rebounded to Wayne Routledge, who found Fernando Llorente, but his header flew straight at keeper Tom Heaton.

Llorente again rose to meet a Barrow cross, with his effort floating over, before the Spanish striker was fed by Jack Cork - who had pinched possession of Ben Mee - but his low drive was collected by Heaton.

The Swans were looking to most of Barrow's pace, and again he probed down the flank - the left this time - and his fine curling cross found Routledge 12 yards out, but he volleyed well wide.

Burnley created their first real chance of the half with five minutes to go as they countered from a Swans corner. Andre Gray raced on and blasted a powerful shot straight at Lukasz Fabianski, which the keeper padded wide.

The Swans probed just before the break, with Jordi Amat volleying a corner goalwards but Scott Arfield cleared off his line. Then, from the loose ball, Federico Fernandez hit a sweetly-struck volley which Heaton dived to keep out.

While the Swans were the better team in the first half, they failed to build on that after the break.

At the other end, Barrow saw his shot bounce off a defender after Kyle Naughton's cross was spilled, while Federico Fernandez somehow managed to sky his effort over the bar from four yards after Jack Cork flicked on a cross.

Fabianski had to be quick off his line as he raced out to deny the onrushing Gray before again getting down to slide on and block the resulting advances.

Sub Jefferson Montero made an immediate impact, with the Ecuadorian causing similar problems to the man he replaced - Barrow. He headed a Routledge cross straight at Heaton while he later found Llorente, but he nodded harmlessly off target.

But the winger played a big part in the Swans' goal as his cross was headed goalwards by Fernandez, and when Heaton spilled it, Leroy Fer slammed home from close range.

Despite a late push by Burnley, which included a superb Fabianski save to deny Marney, the Swans held on for an opening-day victory.