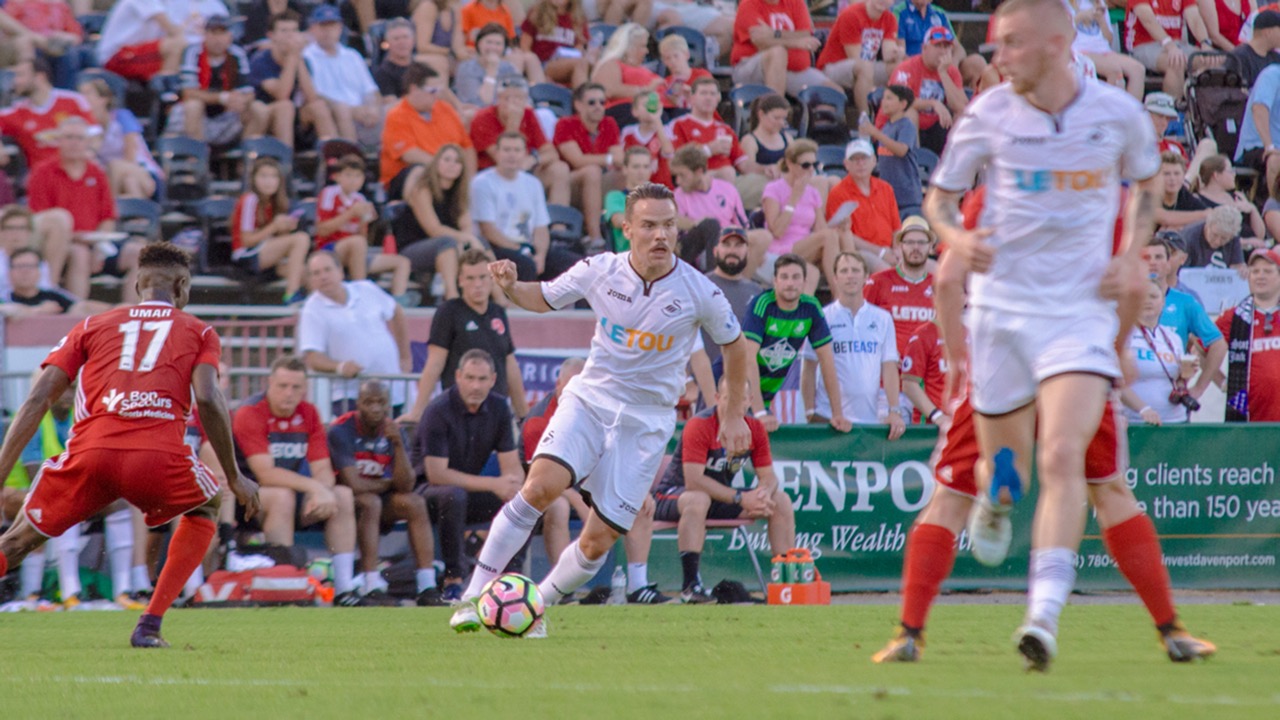 Tammy Abraham marked his Swans debut by grabbing the winner against Richmond Kickers in the club’s second pre-season tour friendly in America.

It took the new loan signing just 20 minutes to open his account for the Swans after stepping off the bench as a second-half substitute.

Olie McBurnie had opened the scoring for the Swans in the first-half from the penalty spot after the surging Kyle Bartley had been brought down, only for Franck Tayou to equalise after the break.

Richmond, who play in the United Soccer League, the third tier in the US pyramid system, beat the Swans 2-0 in a weather disrupted contest last year.

There was little chance of lightening this time though as the soaring evening heat made life difficult for the Swans who went close early on through Oli McBurnie, Luciano Narsingh and Jefferson Montero without really testing goalkeeper Matt Turner.

But there was no score when the sides took their first water break after 28 minutes.

In the end it took a surging run from Kyle Bartley to break the deadlock in the 40th minute when he went down inside the area under a challenge from Braeden Troyer. Up stepped McBurnie to fire low into the bottom corner.

Just before the break, the Swans nearly made it two when Matt Grimes met a Narsingh cross with a shot that struck the post.

The Swans continued to dominate possession after the break with McBurnie and Bartley going close, before Clement rang the changes with five substitutions on the hour.

One of those substitutes, Tammy Abraham, nearly opened his account on his debut with his first touch, only for the striker to be denied by Turner.

Clement made another five changes in the 67th minute. But it was Richmond that drew level in the 69th minute when substitute Franck Tayou headed home a cross from Finnlay Wyatt before the outstretched Erwin Mulder.

Abraham didn’t have to wait long for his first goal in a Swans shirt though as he gave the tourists the lead again in the 80th minute.

A sweeping ball from Tom Carroll found Martin Olsson wide on the left and his pin-point cross was headed home by the Chelsea loanee.