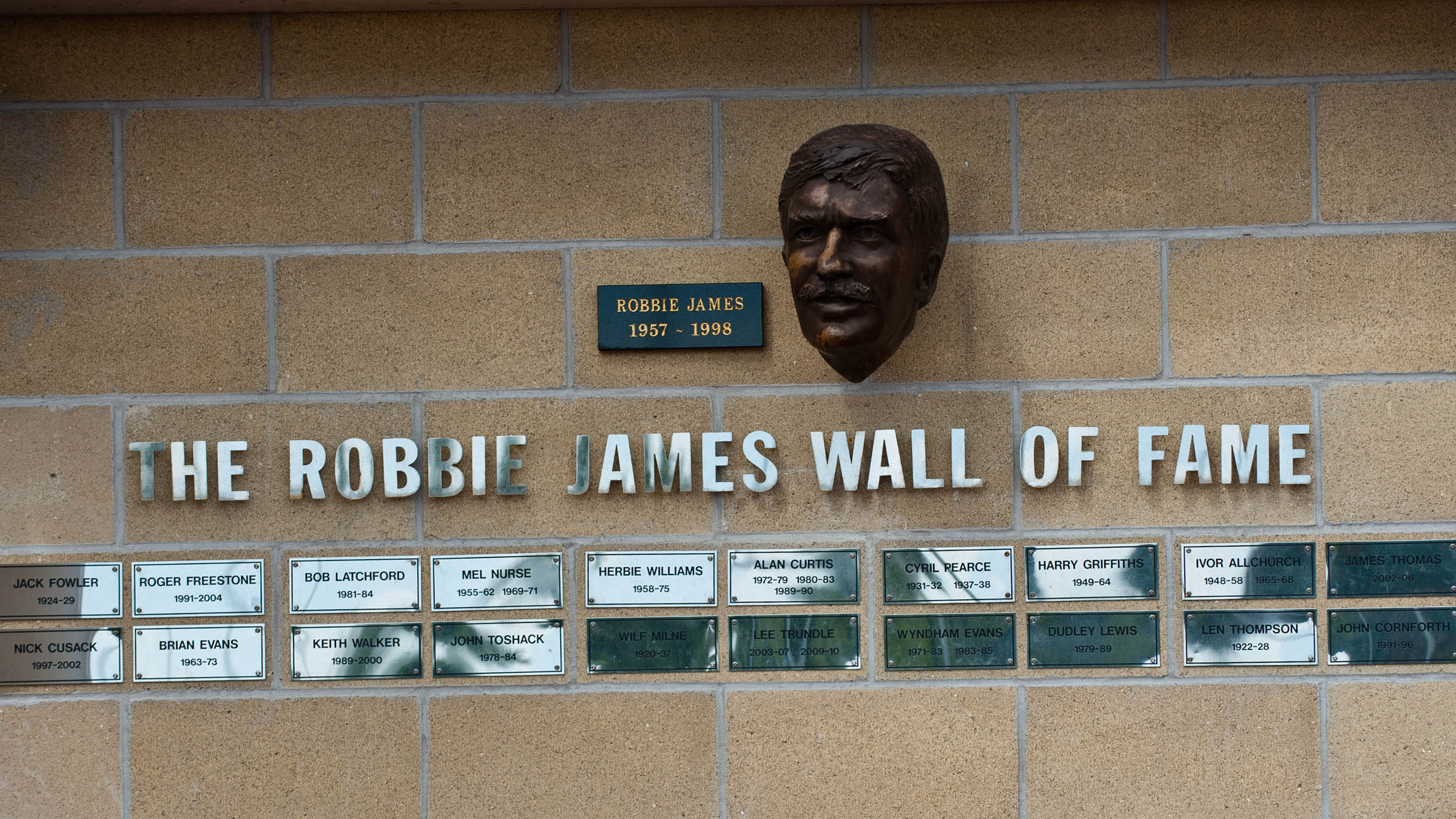 20 new names for Wall of Fame

Another 20 names from Swansea City’s past and present are to be added to the Robbie James Wall of Fame at the Liberty Stadium.

The latest batch of Swans favourites will be officially added to the wall of fame at a ceremony early next season.

Among the new names are current stars Leon Britton and Angel Rangel as well as the likes of Garry Monk, Michu, Andy Robinson, Ashley Williams and Kristian O’Leary.

Ex-Swans managers Brendan Rodgers and Michael Laudrup are also included, while Robbie James will now get a plaque on the wall which is named in his honour.

The Wall of Fame, which was created by the Supporters’ Trust to mark the Swans’ centenary season, will now feature 100 names – which was the original target.

The names have gone up in no particular order, but all have played a role in the history of the Swans.

The trust expect calls for other names to be added to the list in the future, and say they will look at how to take the project forward.

The inductees for 2018 are (in alphabetical order):