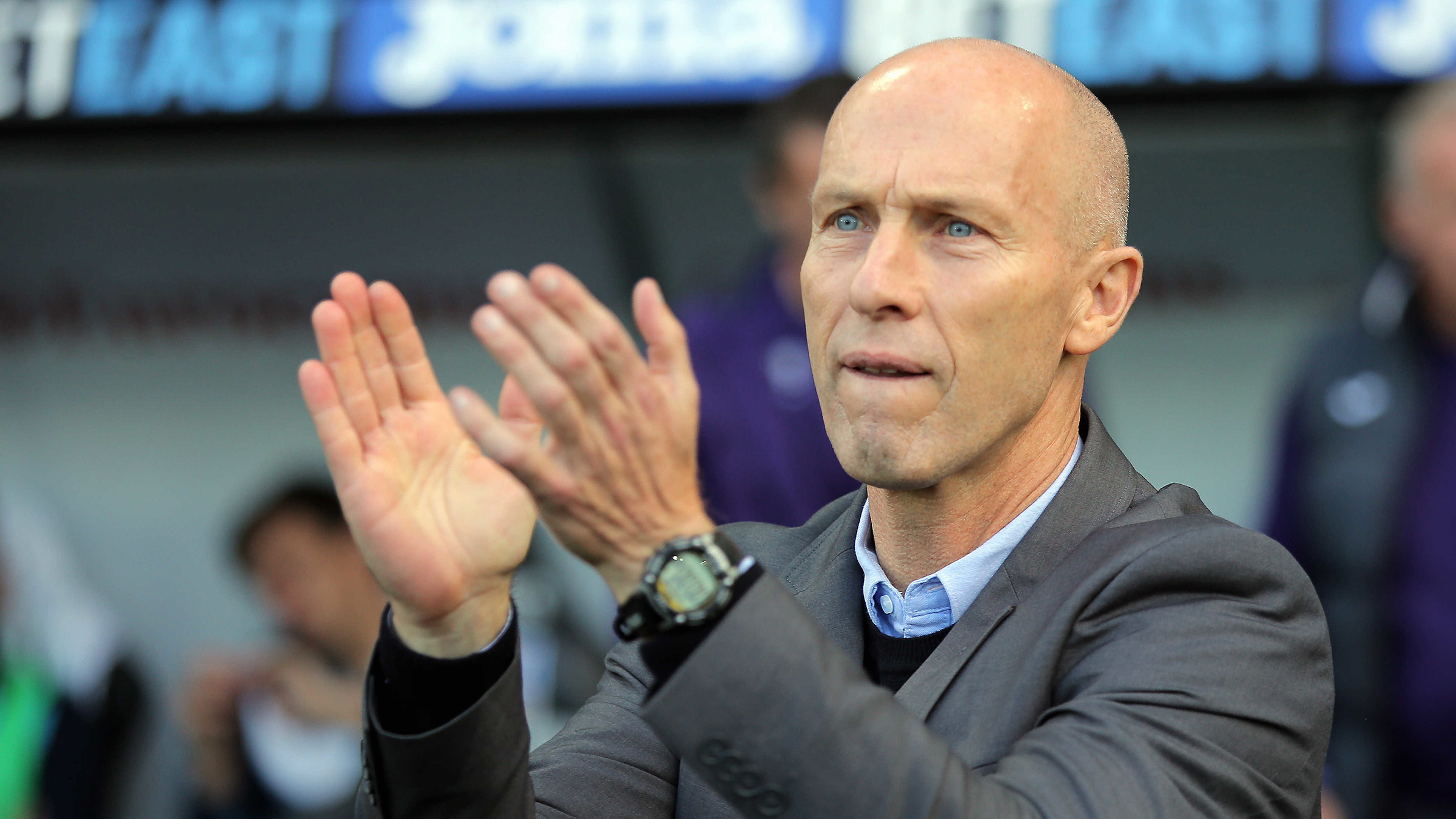 Bob Bradley's first home game as Swansea City boss ended in a frustrating draw as his team did everything but score against Watford.

There was not much between the sides in a fairly cagey first half.

But the Swans, whose hunger to impress the new manager was obvious throughout, upped the tempo after the break and put Walter Mazzarri's team under sustained pressure.

But for all their desire, the Swans could not find a path to goal.

And Sigurdsson came as close as anyone to breaking the deadlock eight minutes from the end when his shot came back off the post.

The Swans had ended a run of four successive league defeats, but they wanted – and deserved – more than a point.

Swans boss Bradley shook up his team, making five changes to the XI which had started his first game in charge at Arsenal.

There were new faces in defence, where Alfie Mawson, van der Hoorn and Stephen Kingsley were recalled in place of Jordi Amat, Federico Fernandez and Neil Taylor.

Mawson made a long-awaited Swans debut following his £5 million summer move from Barnsley, while Kingsley featured for the first time since the defeat at Southampton in mid-September.

There were also changes in midfield, where Jack Cork made way for Ki Sung-Yueng and Leroy Fer was omitted from a league starting side for the first time since he made a permanent move to Wales in the close season.

Having led the line at Arsenal, Gylfi Sigurdsson dropped back to replace Fer with Borja handed only his second Premier League start in attack.

Bradley was given a warm reception as he emerged from the tunnel for his first home game as Swans manager.

And the new man at the top would have been fairly pleased with what he saw early on as the home side harried and hassled their opponents from the outset.

With the home crowd doing their bit, the Swans did all they could to put the pressure on Watford and it was no surprise when Mo Barrow had the first sight of goal.

Cutting in off the right flank in familiar fashion, Barrow aimed a 20-yard shot towards the bottom corner of the net which Heurelho Gomes pushed around the post.

Watford were looking long to Troy Deeney and Odion Ighalo, but new boy Mawson was prominent early on as the Swans smothered Watford's threat.

And it was the home side pressing again as the midway point in the first half approached.

Kyle Naughton became the latest in a line of Swans players to win the ball back high up the field, and the right-back then played a clever pas to Sigurdsson 20 yards from goal.

His dipping shot had the Hornets worried, but Gomes got across to make another save.

The Swans' desire to do well was obvious, but clear-cut chances were hard to come by in the first period.

The same was true at both ends of the field, with Watford managing a first shot on goal just before the half hour after van der Hoorn upended Etienne Capoue.

The French midfielder took the free-kick himself, but Lukasz Fabianski watched as the ball sailed over his bar.

It was the same again when Capoue tried an ambitious half-volley a couple of minutes later, but Watford were growing in confidence – and menace – as the first period wore on.

There was one more sight of goal for the visitors before the break, but Younes Kaboul's long-range free-kick flicked off the wall and wide of the target.

With that, a half short on goalmouth action finished without a goal.

Bradley sent his team out for the restart hoping they could find a way of causing more problems for the Watford defence.

The good news for the Swans was that Barrow saw more ball in the early stages of the second half than he had at any stage in the first half.

The Gambian was giving Watford something to think about down their left, though it was Naughton whose delivery laid on the first half-chance after the break.

Borja tried a spectacular volley, but the odds were always against him and the ball skewed wide.

Next Sigurdsson tried his luck from distance, but the ball ricocheted off a defender and away to safety.

Barrow was becoming increasingly prominent, and he danced away from two defenders before centring for Borja, but the ball was just behind the striker and he could only steer it wide of the target.

The Swans' best chance yet came on 64 minutes when Sigurdsson sent an inviting free-kick in from the right flank.

Borja could not make contact – he felt he was held back – but van der Hoorn did, the centre-back steering the ball goalwards from point-blank range.

But the effort was too close to Gomes, who made a smart reaction save.

With that, Bradley turned to his bench, sending on fit-again Fernando Llorente for Wayne Routledge, with Sigurdsson switching to the flank and Borja dropping in behind his fellow Spaniard.

Within seconds the substitute had a sight of goal, with his half-volley deflecting over the top after more good work from Barrow.

The winger was a central figure once again two minutes later as he centred for Sigurdsson, but his side-foot effort went straight at Gomes.

Watford were creaking by this stage, and the goal the Liberty craved looked almost certain to come seven minutes from the end.

After good battling by Borja, Sigurdsson fed Barrow on a sharp Swans counter.

Barrow returned the ball to the Icelander, whose 20-yard shot came back off the post.

The Swans feared at that point that this was going to be one of those days.

And so it proved.