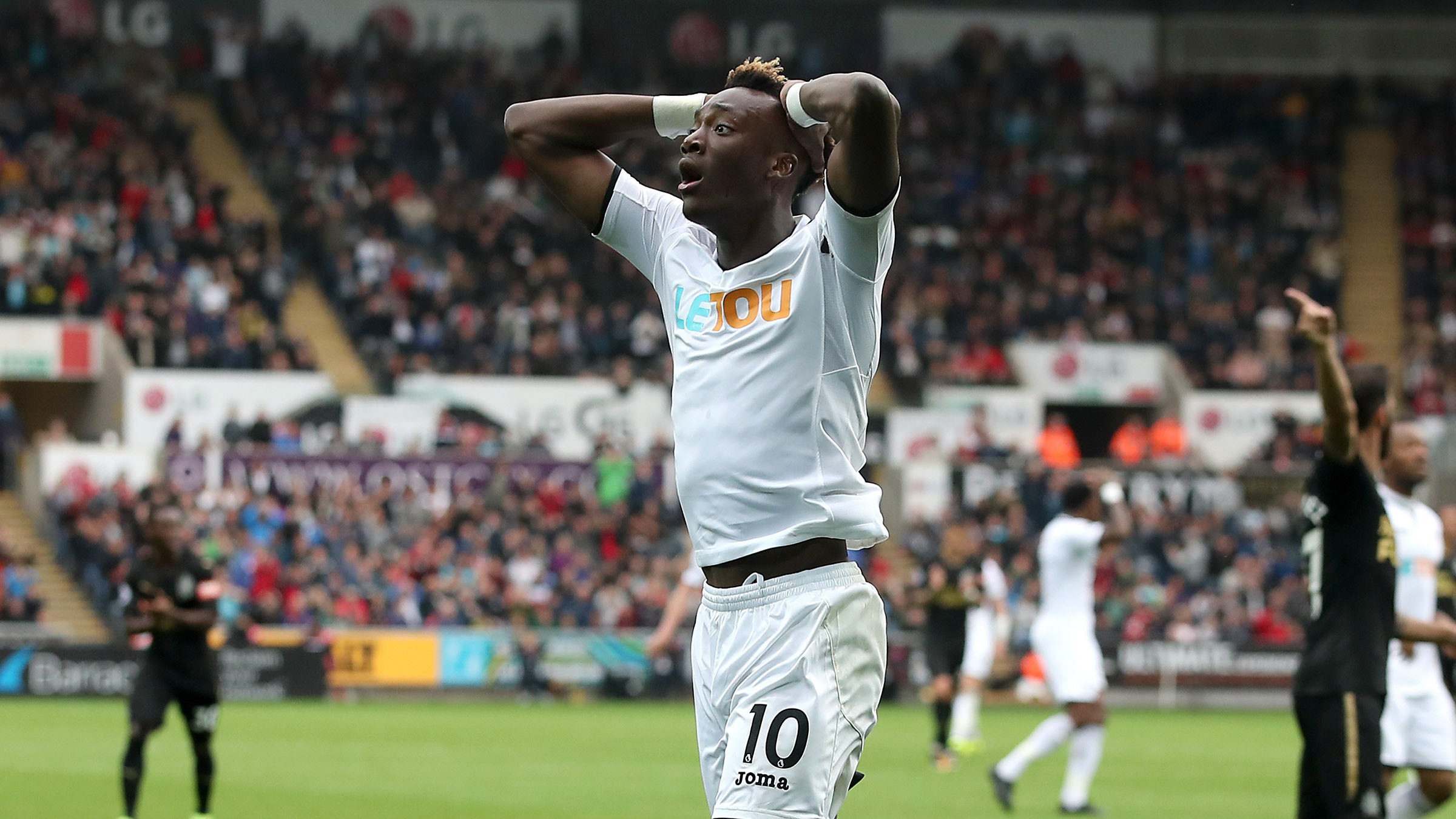 Abraham: It wasn't our day

Tammy Abraham felt the Swans had enough chances to take something from the game during their 1-0 defeat to Newcastle United.

Jamaal Lascelles’ second-half header saw Paul Clement’s side lose 1-0 at the Liberty Stadium in a game of few chances.

The Magpies captain made a crucial block on the hour mark to deny a certain goal from Abraham as the striker broke through on goal to round keeper Rob Elliot.

And the 19-year-old reflected on a disappointing afternoon in SA1.

“I think we had enough chances to get something from the game,” said Abraham.

“We also had Alfie’s header in the first half while Leroy had a good chance and my effort in the second half.

“I had a great chance, I went around the keeper - I thought I had scored, but it was cleared off the line and from there Jamaal went on to get the winning goal, which was disappointing for us.

“We had enough chances to kill the game. You need chances like that to go in, but it was not our day today.

“These games are won and lost on fine margins. We have to keep our heads up. We needed this win to continue a good start to the season but now we refocus for our match against Tottenham.”