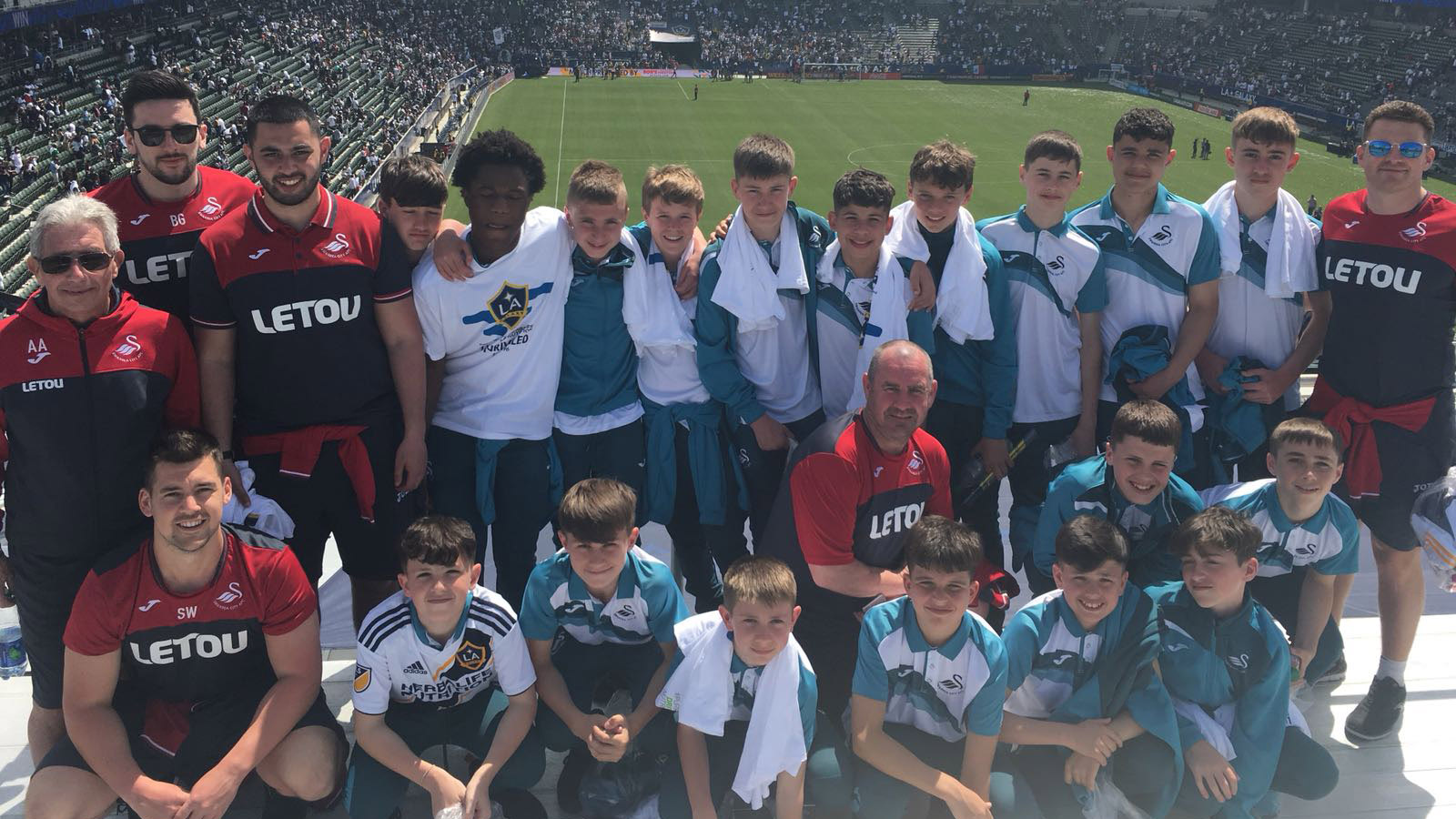 The young Swans were invited to the six-day tournament in California as one of three international teams alongside Manchester United and Porto.

After arriving on the west coast at the start of the week, the Swans took on LAFC in their first game on Wednesday.

Unfortunately, the local side got the better of the Swans in the Californian heat as they sealed a 4-0 win.

But the Swans bounced back well in their second game against US soccer development academy Pateadores, running out 4-0 winners with Ben Lloyd, Jeff Bony – the son of Wilfried – Cameron Congrave and Ruben Davies all on target.

The convincing victory handed the Swans the chance to reach the play-offs if they won their final game against Sporting Kansas City.

But despite goals from Tom Stokes and Davies, the Swans were defeated 5-2.

In their final game, against host team LA Galaxy, the Swans went behind twice, but a double from Congrave followed by Luke Salter’s winner sealed a 3-2 victory.

Ryan Davies, lead youth development phase coach, labelled the tour a valuable learning experience on and off the field.

“It was a really well run tournament,” he said. “The experience of playing at the stadium in Irvine was great for our players.

“It was a tough competition which pitted our young players against older age groups in a competitive tournament environment, which is a new experience for them.

“We learnt a lot about game management. Overall it was a good experience.”

Away from the football, the tour group also had a chance to sample American sporting culture as they watched the LA Lakers, LA Dodgers and the first LA derby between LAFC and LA Galaxy.

The team also visited Hollywood and spent some time at the iconic Santa Monica pier.

“This trip gave the boys some huge life experiences that they might not get again,” Davies added.

“It was amazing for all the players and staff to witness the first ever LA derby game and to sample football in a different part of the world. The atmosphere was incredible.

“Tours like this are a massive benefit for players at this age group. We get to see the players in a different light, they get to experience life away from home and the team come closer together.”

Swansea City Under-18s' Professional Development League fixture against Ipswich Town - scheduled for Saturday - has been called off due to a frozen pitch.