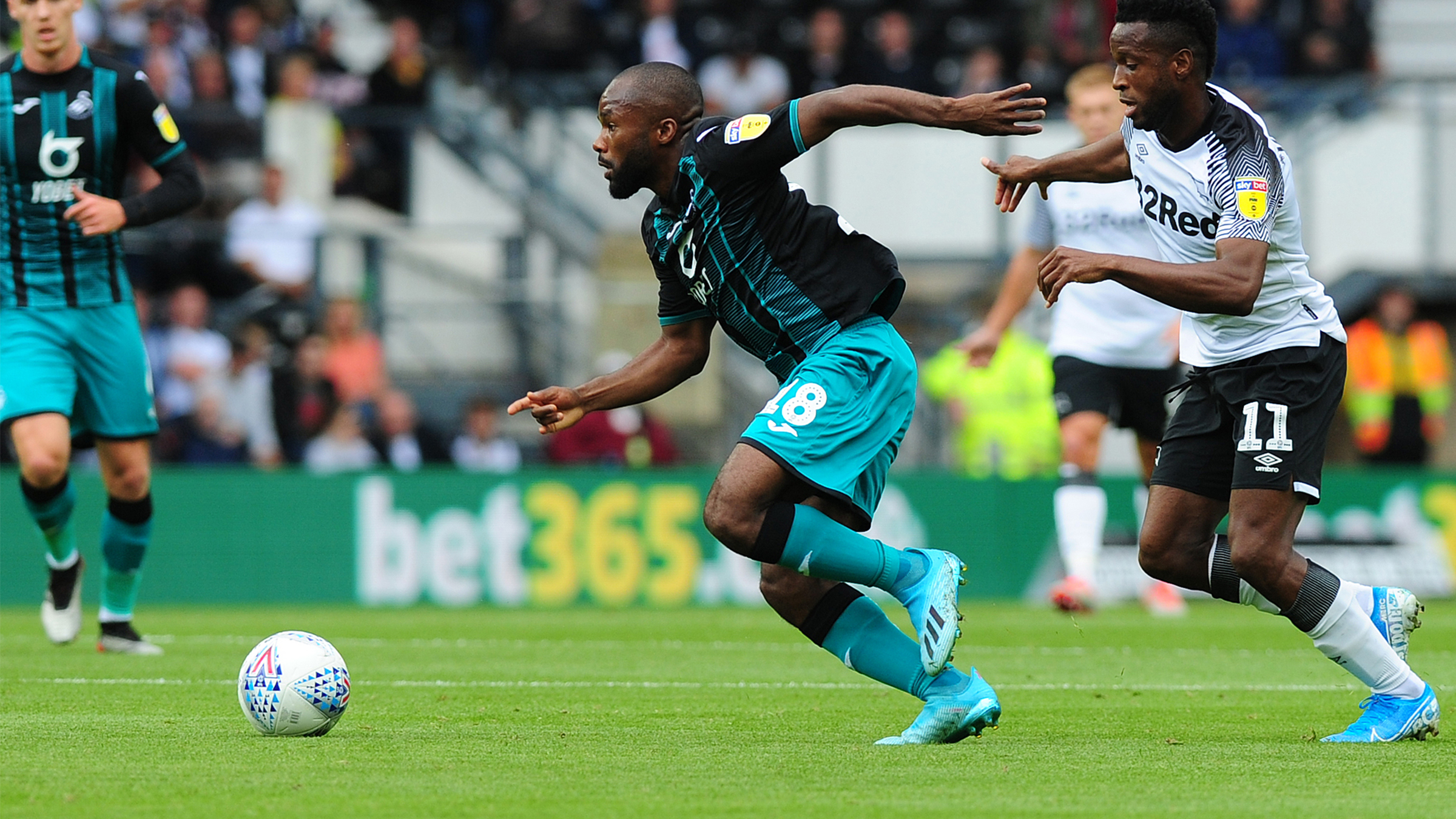 Aldo Kalulu is in contention for feature for Swansea City for the first time since August when Steve Cooper’s side face West Brom on Sunday.

The Frenchman – on loan from FC Basel – picked up an ankle injury in the win over Preston and has been sidelined for three months.

He recently stepped up his return with two outings for the under-23s, and head coach Cooper says he is now in line to be available for the clash with the league leaders at The Hawthorns.

“Aldo is available. He obviously finished his rehab – which included a couple of games and getting some minutes under his belt – so that’s good,” said Cooper.

“He has been in training a few weeks, so he is contention for the weekend.

“He’s almost like a new signing. He made two or three appearances and he did not train for much before those.

“He is an established member of the group, we saw him everyday doing his rehab, and hopefully he can have the impact we initially brought him in for.

“He is versatile, he can play anywhere across the front. He is very quick and dynamic. He plays with the idea of getting in behind the backline through dribbling or his movement.

“He is an exciting player and a good option for us.”

But there was mixed injury news on the experienced wing pairing of Wayne Routledge and Nathan Dyer.

While Dyer has overcome a knock and is fit for the weekend, Routledge has a calf problem that will see him miss out against the Baggies and make him a doubt for the midweek clash with Blackburn.

“Wayne has picked up a small calf injury that will rule him out this weekend,” added Cooper.

“He might be in contention for Blackburn. If not, he will definitely be ready for Middlesbrough.

“Nathan is fine, he had a kick and the last games just came too soon for him.

“As soon as those games were done he was able to train, so he is fine.”