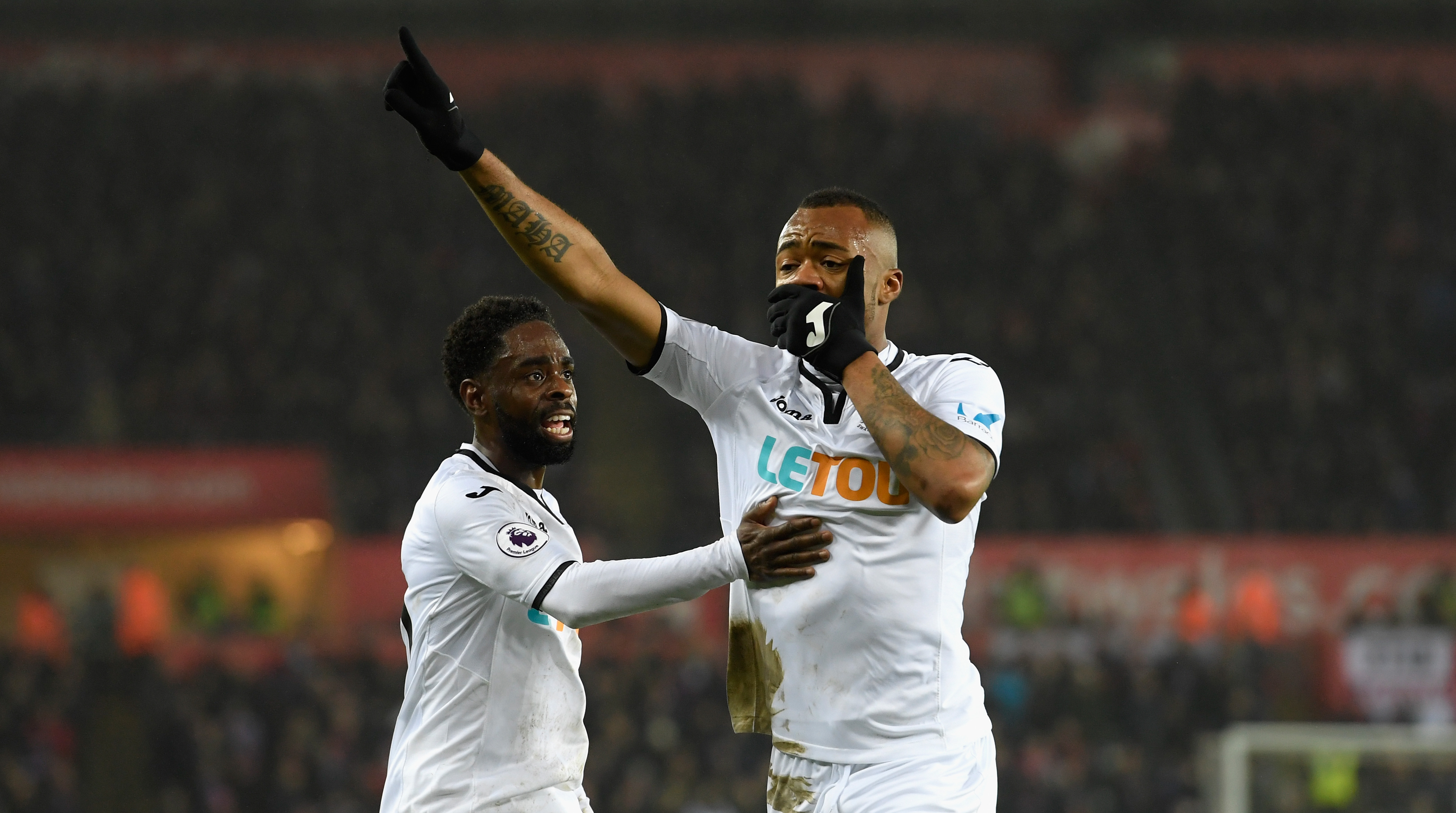 Ayew: I've been waiting for that goal

Jordan Ayew admitted his belting goal against Crystal Palace had been a long time coming as he rescued a point for Swansea City.

The forward made the perfect impact from the bench as he scored a sublime equaliser 13 minutes from time to secure a point for the Swans in Leon Britton's first game as caretaker boss.

It was only Ayew’s second Premier League of the season and first since the reverse fixture at Selhurst Park in August.

He went close to adding another against Palace, but hopes his strike will inspire an upturn in fortune in front of goal.

“I’ve been waiting for that goal for some time now,” he said. “Every weekend, you want to score but you cannot control the situation.

“My two league goals have come against Palace. I hope I can build on this and, more importantly, help things change for the team.

“It was a good game from us. We tried to get the win, but the most important thing was that we didn’t lose.

“We need to get out of this situation and will fight very hard to do so.”

Ayew felt the Swans squad responded well against Palace at the end of a difficult week which saw Paul Clement leave the Liberty.

And he has called on his team-mates to try to build on the point by earning a positive result at Liverpool on Boxing Day.

“We all have a job to do. I think we responded well,” he added. “We will take it day by day and see what happens in the future.

“We will do our best to get something out of the game against Liverpool. We will build step by step and, hopefully, things will get better. It is important for us to get a good result.”