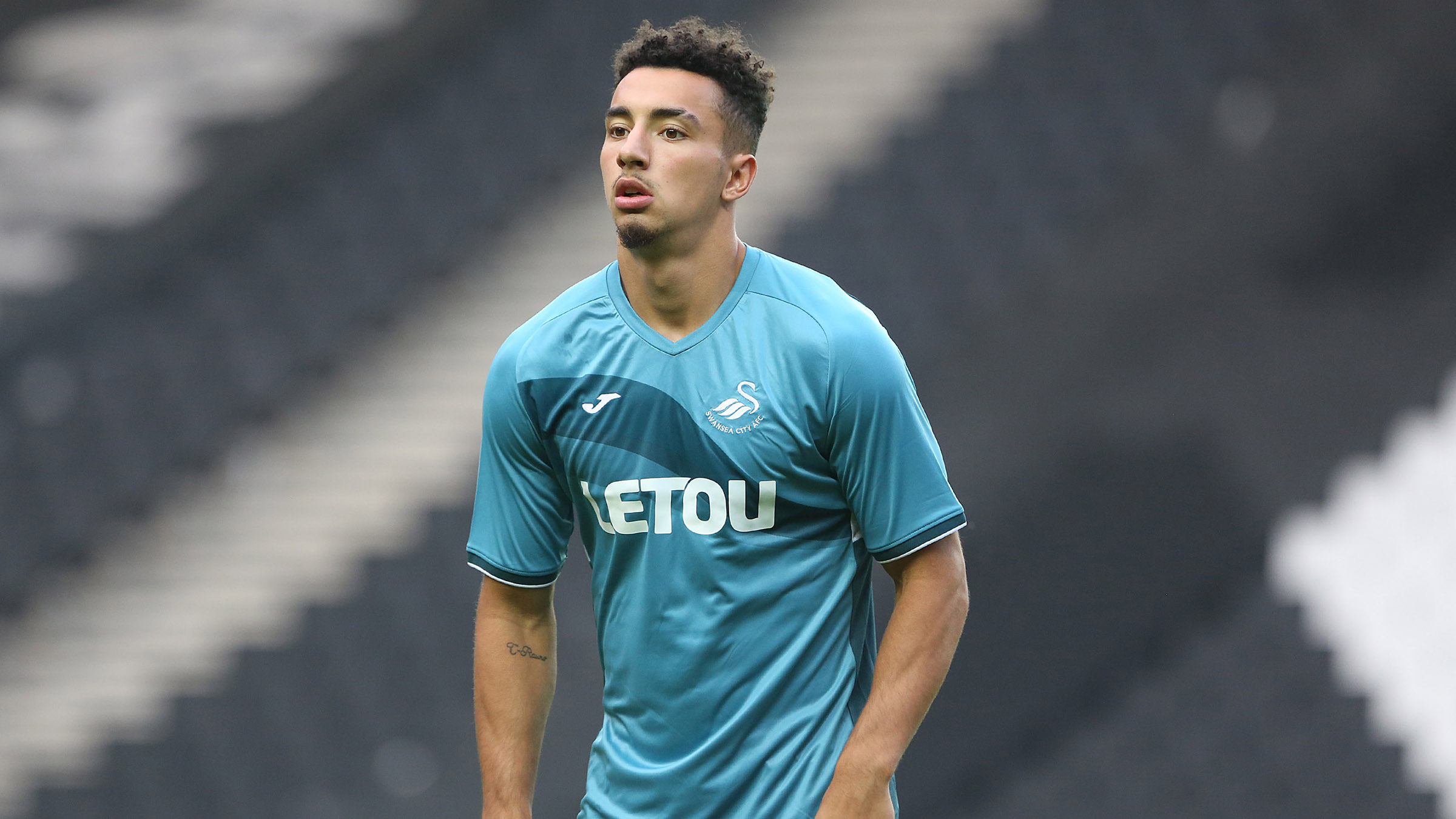 Baker-Richardson: I was close to quitting football

Less than a month from signing his first professional deal in football, Swans Under-23s new boy Courtney Baker-Richardson admits he is still pinching himself in disbelief at how his life has gone from non-league to Premier League.

“Being at a Premier League club is something I have been striving towards for years,” the 21-year-old says.

“Things have happened so fast, it has been like a massive avalanche!”

Last season he was lining up for Southern Football Premier side Leamington FC and coaching part-time at a local primary school.

Fast forward to August and Baker-Richardson is taking on England international Luke Shaw in a game against Manchester United’s U23s and on the bench for Paul Clement’s first team in the Carabao Cup.

Baker-Richardson’s journey to the top flight sounds simple enough, but the full picture paints a story that was much harder for the striker.

He spent two seasons attempting to find a permanent home at five different non-league clubs following his release from Coventry City’s academy in 2014.

“It was a tough period for me because I kept getting knock backs at every club I went to,” he adds.

“I was a moody teenager with an ego back then and close to giving up a number of times.

“I’ve had people tell me I was not good enough, but I don’t accept that. You dust yourself down and look to prove them wrong.

“It is all about mentality, I don’t give up. Anything can happen in life and if you don’t believe in yourself, how can anyone else?”

Read the full story with Courtney Baker-Richardson in this weekend’s Jack Magazine edition for the Swans’ Premier League clash with Newcastle United.