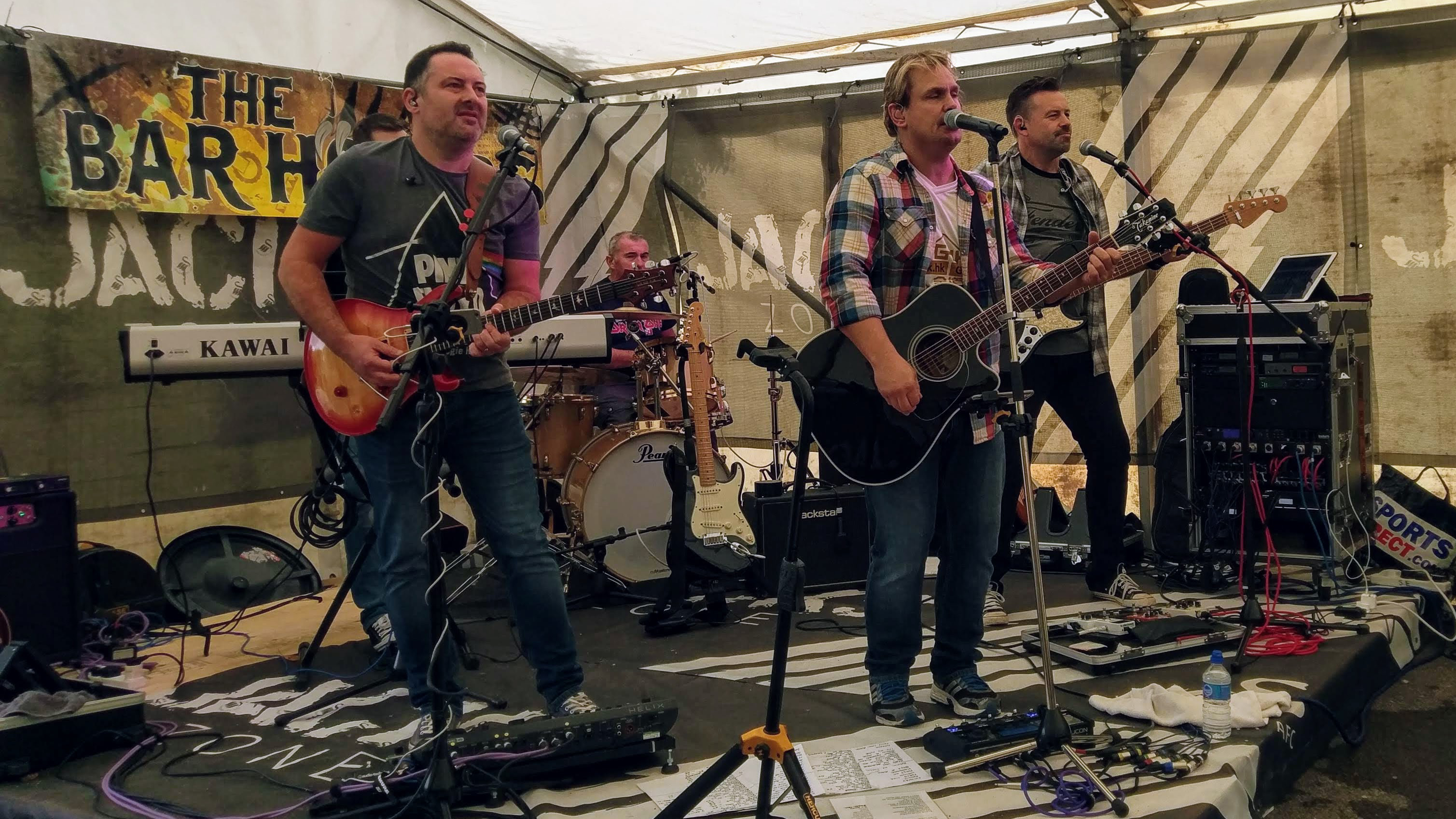 The Bar Hounds are back at the Jacks Zone

The Bar Hounds are bringing their classic rock set back to the Jacks Zone this Sunday for the FA Cup fifth-round clash against Brentford.

Having played hundreds if not thousands of live shows, the band's studio and touring experiences cover spells in Germany and the USA, plus gigs at notable venues including the Grove in Anaheim, the Cavern Club in Liverpool and the Coal Exchange.

You can catch up with the band from around 2.30pm, while the free Jacks Zone opens its doors from 1.30pm until 3.45pm.

With a new, large enclosed marquee in place to guard against the Welsh weather, fans can enjoy live music, bar facilities and drinks promotions, kids’ activities and watch the build-up on the large TV screens.

And with the game designated a ‘Kids for a Quid’ fixture, with the added bonus of a ‘Come With Your Club’ promotion for local junior football teams, young fans can also enjoy interactive activities such as football tables, shooting tests and a speed cage (the inflatables are weather dependent).

There will also be a special drinks promotion for the game, with bottles of Coors Light (330ml) at just £2 and Stowford Press Cider at £3 (500ml).

Tickets for the FA Cup fifth round game are still available HERE or via the ticket office on 01792 616400. Why not watch the game in style in our 1912 Heritage Lounge? Contact our dedicated hospitality team on 01792 616628 or on hospitality@swanseacity.com.