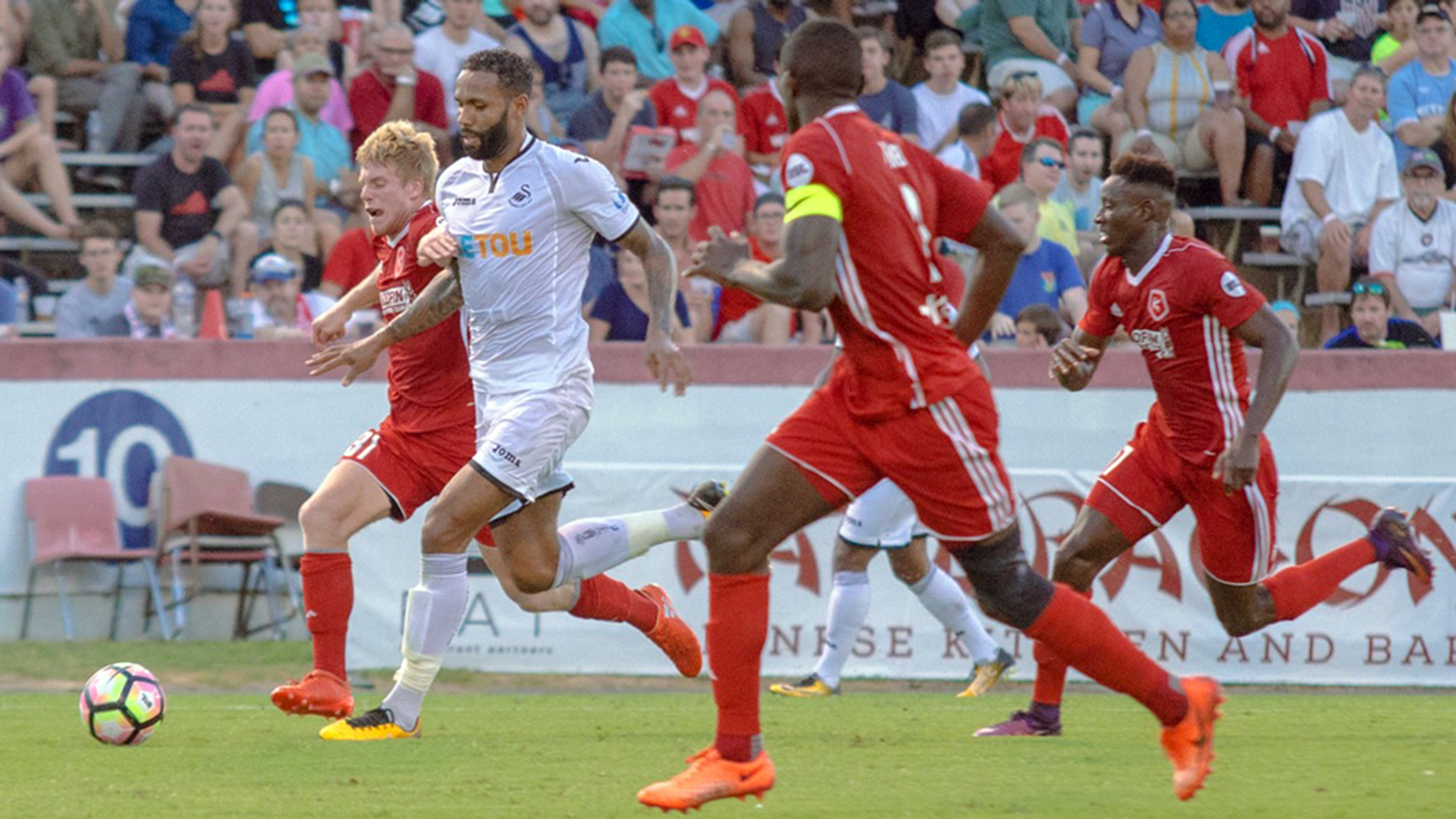 He’s proved Swansea City’s biggest threat in the club’s pre-season tour of America so far, but Kyle Bartley is keeping his focus firmly on clean sheets.

The tall centre-back scored and provided an assist in the Swans’ opening tour draw with MLS side Philadelphia Union last week before winning a penalty during Wednesday night’s 2-1 victory over Richmond Kickers.

Bartley’s mazy run saw him gallop 20 yards into the Richmond box before being scythed down for a penalty which Oli McBurnie converted.

With one goal and two assists from his two tour games so far, Bartley has proved a real nuisance to opposition defences.

But his primary focus remains at the back. He said: “As a defender I always want a clean sheet, but it’s nice to chip in at the other end as well.

“It opened up for me to run towards goal, but I was glad with the contact because I didn’t really want to shoot at that angle.”

Bartley is back at the Swans following a successful loan spell with Championship side Leeds United last season.

He proved a pivotal figure at Elland Road as Leeds just missed out on a play-off spot, with Bartley often wearing the captain’s armband.

Now he’s back within Paul Clement’s squad, and he’s enjoyed being back amongst familiar faces.

“It’s been absolutely fantastic to be back. It’s felt like I’ve never been away,” he added.

“It’s been great to be back involved and getting up to speed. Training is brilliant and the manager has been fantastic with me.

“It’s been a good tour for me. I’ve tried to get my fitness up, help the team and keep improving.”