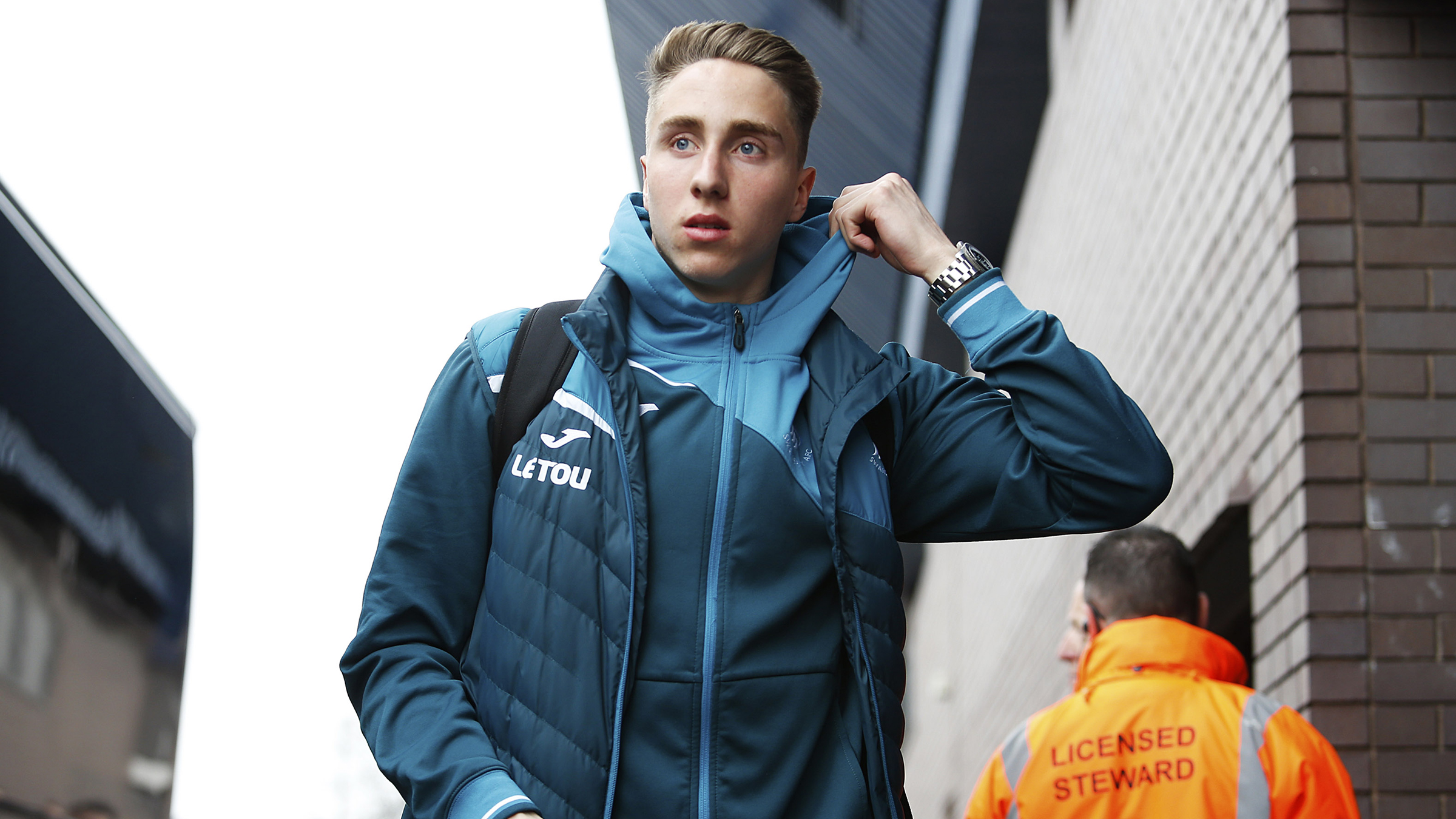 Steven Benda says he has not given up hope of making his first-team debut for Swansea City before the season is out.

The 20-year-old German goalkeeper, who arrived from 1860 Munich in August 2017, has seen regular match day squad involvement since a broken finger ruled Erwin Mulder out for the remainder of the Championship season in March.

Benda, who regularly trains with the first team at Fairwood, featured for Swansea City’s under-23s at the Liberty Stadium on Monday night but could not prevent them from narrowly losing their Premier League 2 match 2-1 against Tottenham.

Despite the defeat, the keeper insisted this season has provided another huge opportunity to learn and develop on and off the pitch, and admits he hopes to round off the campaign with a first-team debut in the coming weeks.

“It is great experience to be the number two keeper on matchday,” he said. “It means there is extra pressure because you need to be ready if something happens.

“But that extra pressure has only helped me grow as a person. You need to stay focused and you need to be ready all of the time.

“We are in a position where we are away from the play-offs and we can’t get relegated.

“I hope the gaffer will give me a chance in one of the final five games and I will have the opportunity to show what I can do for the first team.”

Benda, who only made his debut for Swansea’s under-23s in February 2018, recognises his opportunities in south west Wales have come thick and fast.

But he believes the experience he has been given has only helped him prepare to take the next step in his football career.

“To get that chance after just over a year of playing football with the Swans would be unbelievable,” he continued. “I had to wait for my chance with the under-23s and that has driven me on.

“I definitely feel I have learnt a lot just from being around the first-team environment. Erwin (Mulder) and Kris (Nordfeldt) have kept pushing me and that has helped me develop.

“My focus now will be to play in the next two games with the under-23s and see what happens.”