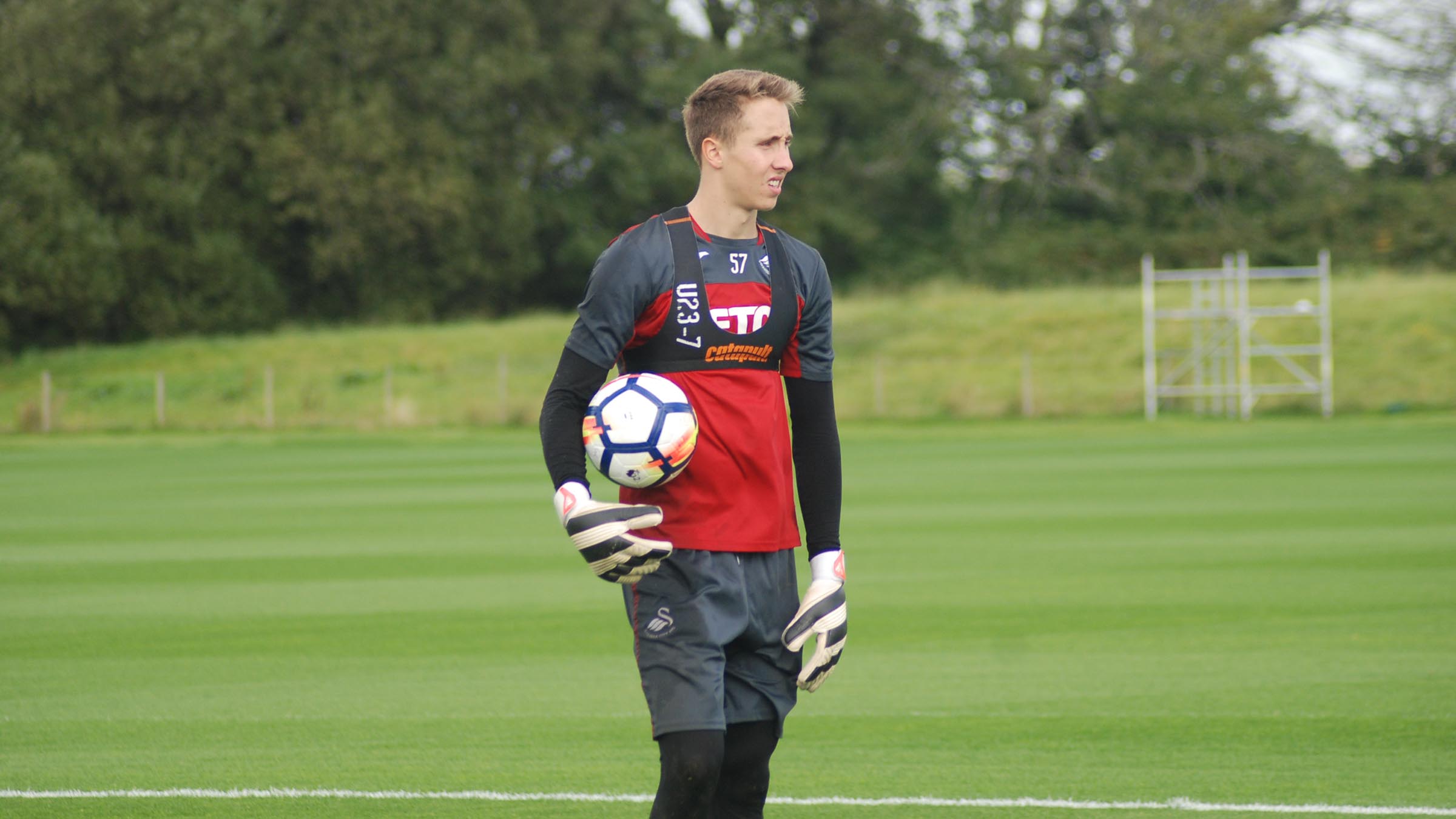 Steven Benda is intent on seizing more opportunities with Swansea City Under-23s after helping them to a 1-1 draw against Newcastle in their defence of the Premier League Cup.

The 19-year-old German goalkeeper, who joined from 1860 Munich in August, played a full 90 minutes as he made his debut for the development side with the young Swans picking up another vital point in Group D.

The 6ft 4inch shot-stopper, who arrived in SA1 on recommendation from European recruitment assistant and former Swans keeper Gerhard Tremmel, revealed he’s been working behind the scenes with the club’s coaching team to be ready for his first opportunity.

“I was very happy to make my debut,” he said.

“It feels like I have been waiting a long time. I’ve had to be patient but I was happy to finally get my chance.

“I’ve been working hard in training to be ready for this moment. The Premier League style is much faster as physical than in Germany, so I have been working on that and feel I am progressing.

“I have also been lucky to work with some of the first-team keepers in training and have also travelled a few times with the team as the 19th man.

“I am really enjoying the challenge here and I feel it can only make me a better player.

“I will need to keep working hard to continue that progress, but I hope I can get more chances in the coming weeks.”

Botti Biabi’s second-half strike was cancelled out by midfielder Owen Bailey inside the last five minutes as Newcastle snatched a point at Landore.

The draw against the Magpies keeps the young Swans third in Group D setting up a must-win encounter with Burnley in their final group game at the end of the month if the under-23s are to progress to the knock-out stage of the competition they won in 2017.

“I think we deserved more than a draw but we must take the positives from a difficult game,” Benda continued.

“We have to win against Burnley at the end of the month if we want to progress.

“It is a game I hope to be part of so I can help the team into the next round of the competition.”

Swansea City Under-23s are back in action at Landore this Friday, February 16 (7pm), when they face Tottenham in Premier League 2.

Entry for the game is free, but fans are reminded there is no parking at Landore.