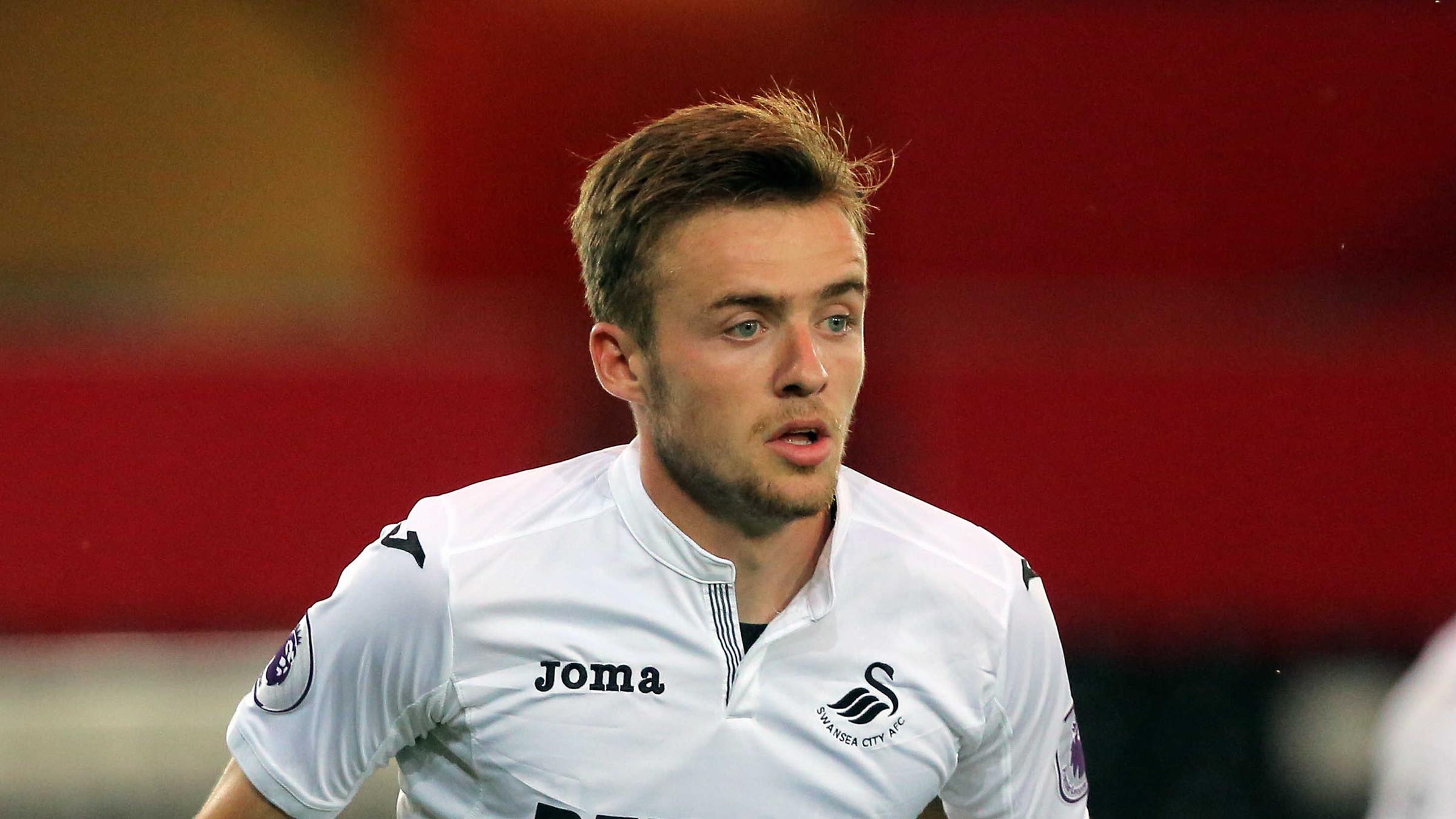 Ryan Blair has declared himself fit and “ready to go” as Swansea City Under-21s prepare to face League Two side Forest Green in the Checkatrade Trophy at The New Lawn tonight (7.45pm).

The midfielder has been sidelined since he sustained a broken foot during the under-23s’ opening Premier League 2 fixture at home to Liverpool in August.

The 21-year-old returned to training this month and says he wants to help the development side get back to winning ways in the coming weeks.

“It has been a hard few months,” he said. “The injury has been very frustrating for me.

“You work hard all pre-season to get ready for the campaign and then it is undone by injury – it is disheartening and it demotivates you.

“I’ve had to stay strong and work hard behind the scenes to get fit again, but I am back now and ready to go.

“I am looking forward to getting out there and helping the lads make an impact in our upcoming games.”

Victories over EFL sides Cheltenham Town and Newport County in the competition mean the young Swans could finish top of Group E with an outright or penalty shootout win over the Green Devils.

And Blair insists the Swans are keen to bounce back following the disappointment of back-to-back defeats in Premier League 2 last week.

“We have had a hard start to the season but we know we are good enough to produce results,” he continued.

“We want to win every game we play. If we can finish top of the group it will give us a boost and put a stamp on the competition for us.

“These games are different from the Premier League 2 fixtures we play, it is proper men’s football.

“It will show that academy players can compete with senior teams in the EFL.”