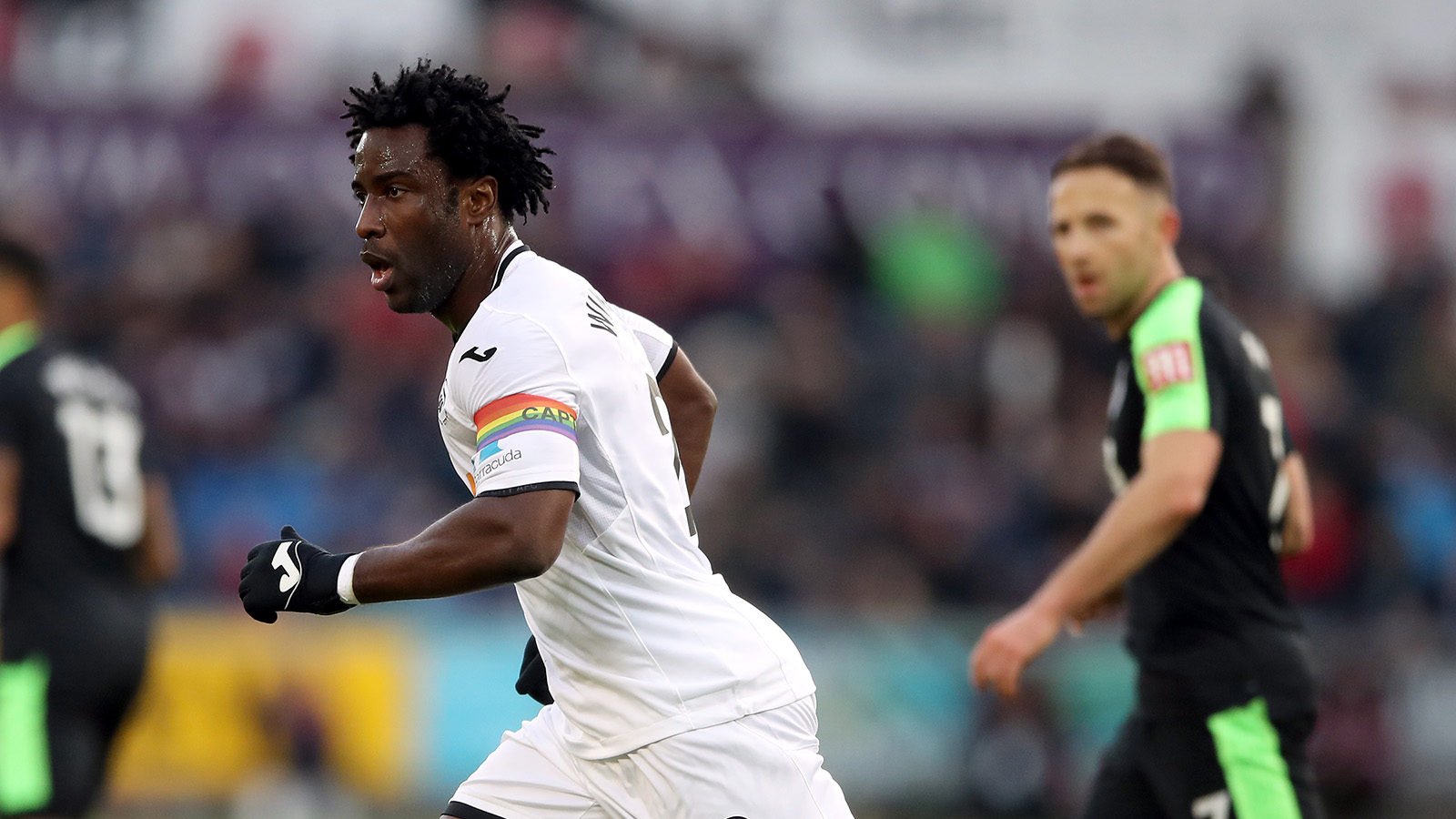 Bony: Captaincy was a privilege

Wilfried Bony spoke of his pride after captaining Swansea City for the first time during the 0-0 draw with Bournemouth.

The Ivorian made his third start for the Swans this season following his summer switch from Manchester City.

With club captain Angel Rangel among the substitutes and Federico Fernandez unavailable, Paul Clement named Bony as the man to lead the Swans.

“It was a privilege to captain the side today,” said Bony. “Apart from captaining my country for about 15 minutes, this is the first time I have worn the armband.

“I was told this morning, and my first reaction was ‘wow, this is a massive honour for me’.

“I want to say thank you to the fans today. They were fantastic and really got behind us. We really need them. Their support helped motivate us.

“I also want to say thank you to the club for giving me the privilege of wearing the armband.”

In a game of few chances, Bony thought he had opened his account for the season on the stroke of half-time.

Referee Stuart Attwell, though, disallowed the goal after penalising Jordan Ayew for a foul in the build-up.

Leroy Fer then went close to finding a winner late on when he fired straight at Asmir Begovic before directing his follow-up effort wide.

Despite the failure to find a winner, Bony feels the Swans can take positives from their latest performance.

“We are disappointed not to win, but we are happy with the clean sheet and to take a point,” he added.

“I wanted to score today - I thought it was a goal. I don’t know if it was a foul or not because it all happened so fast.

“Some games this can happen, we can’t change the referee’s decision.

“But now we must continue playing at this level and hopefully we can take our chances in front of goal and pick up some important points.”

Swansea City host Birmingham City today in their first home league match in over a month and you can here from the two camps, find out the latest team news and discover some key facts and figures with our match preview.