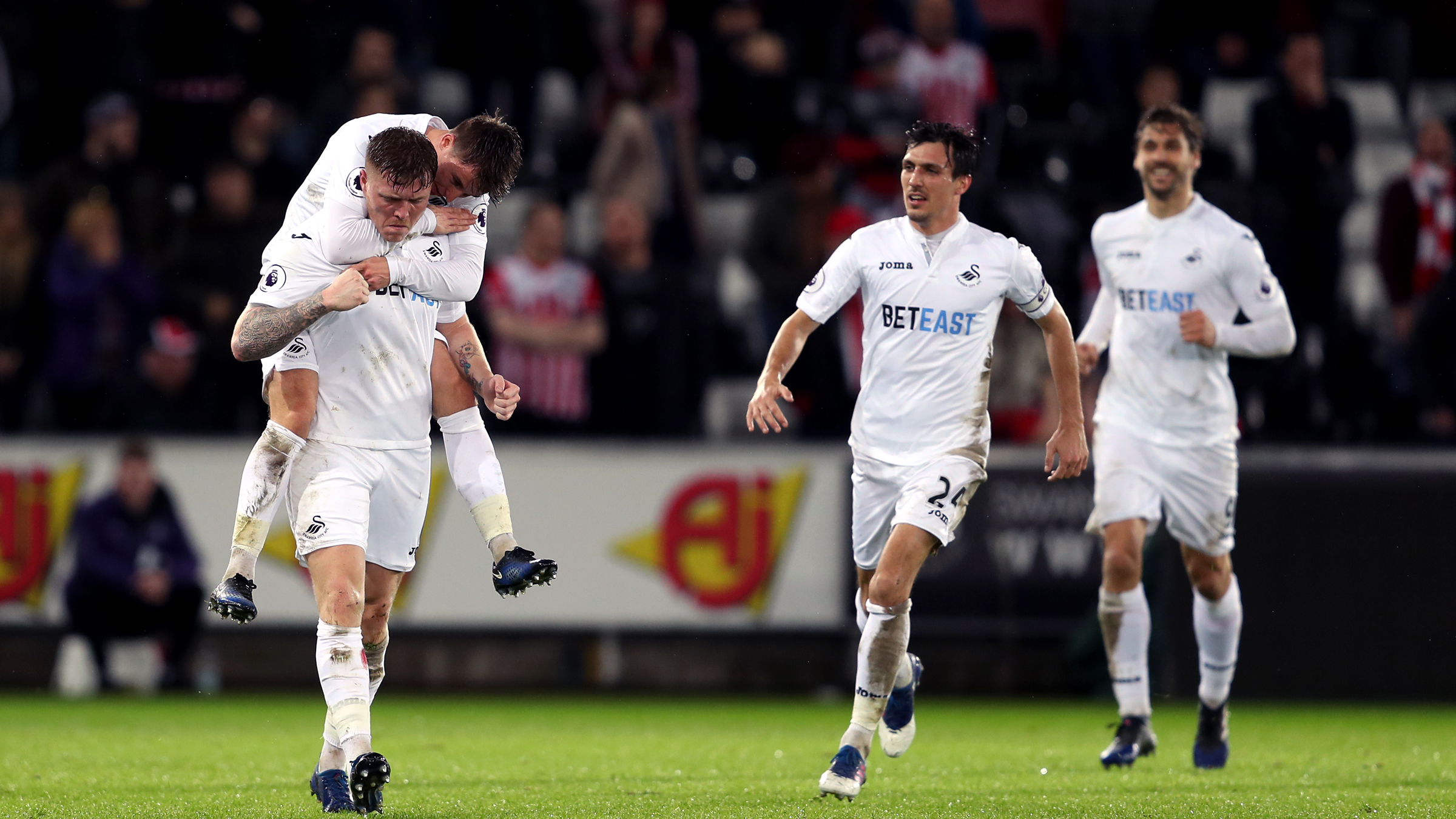 Graham Potter has revealed that Alfie Mawson is set to leave the Liberty as transfer business continues at Swansea City.

Potter remains on the trail of a number of potential signings as the clock ticks down on the summer transfer window.

And the Swans boss has said a number of current players could still depart – with Mawson among them.

When asked about suggestions that the central defender is poised to join Fulham, Potter said: “As far as I know the clubs are finalising things.

“These deals take a bit of time to get over the line, but I don’t expect there to be any problems.

“I have been planning for Alfie not to be with us for a few weeks now.”

Potter said Crystal Palace “have shown an interest” in Jordan Ayew, adding that the clubs are in discussions over a possible deal for the Ghanaian forward.

Potter also revealed there has been contact from Burnley about Sam Clucas when asked about stories linking the midfielder with a switch to Turf Moor.

As for players moving in the opposite direction, Potter remains hopeful that more deals will be concluded, whether it is before the August 9 deadline for permanent transfers or the August 31 loan deadline.

“In an ideal world we would like to strengthen the group,” Potter said.

“The group have been great in pre-season – they have shown desire and appetite – but we need to strengthen.

“We are in a period of restructuring. We have targets but I haven’t got a set number in my head.

“It’s more about the quality of the person and the player than a particular number, and at the moment we are spinning plates.

“We have to be sensible and restructure in a good way.”