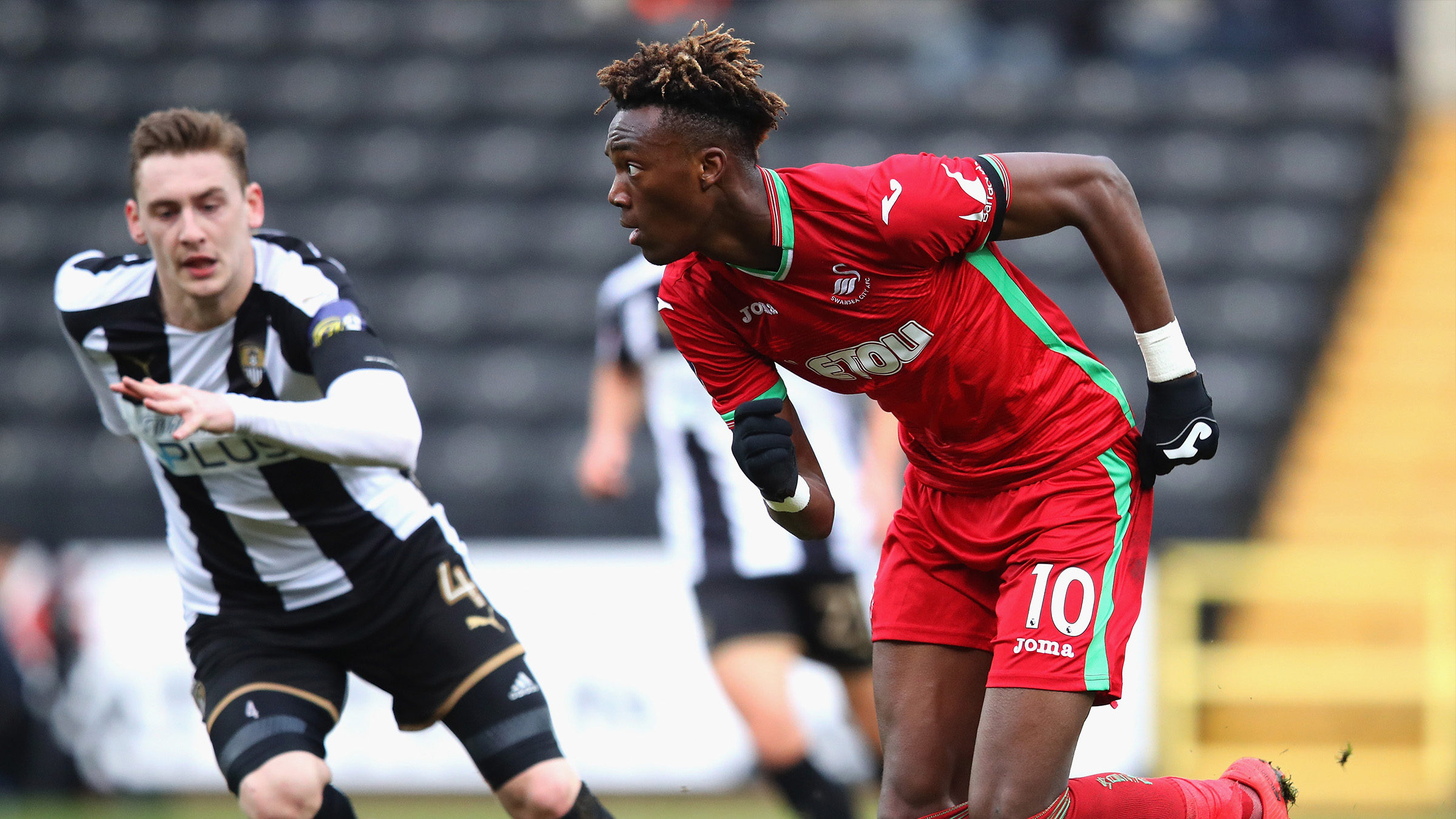 Carlos Carvalhal is hoping to get the best out of Tammy Abraham as the striker eyes a chance to impress at Swansea City.

Abraham will hope for a start when the Swans face Notts County in an Emirates FA Cup fourth-round replay at the Liberty on Tuesday night.

Abraham made a fine start to life as a Swan, scoring five times in his first 10 appearances for the club to earn a first call-up to the senior England squad.

But the goals have since dried up for the Londoner, who has not been helped by a couple of injuries.

Yet Carvalhal is convinced the 20-year-old can make a big impression between now and the end of the season.

“Tammy Abraham is an interesting player,” said the Swans boss.

“Wilfried’s injury will give more opportunities to him and he is someone we believe in a lot.
“We liked him last season when he was scoring a lot of goals in the Championship. He has quality, a lot of pace and he is a good finisher.

“He is a very good talent and we will try to help him give the maximum to the team.”

Carvalhal reckons Abraham will benefit from time spent working with his staff at Fairwood.

“He has only been training with us for something like a week and a half after injury,” the Portuguese added.

“He must learn and he knows he must learn, especially in the transition to defence. He must be strong, but he can do that because I have seen him do that.

“When he does that, he will be a more complete player. We believe he will progress with us.”