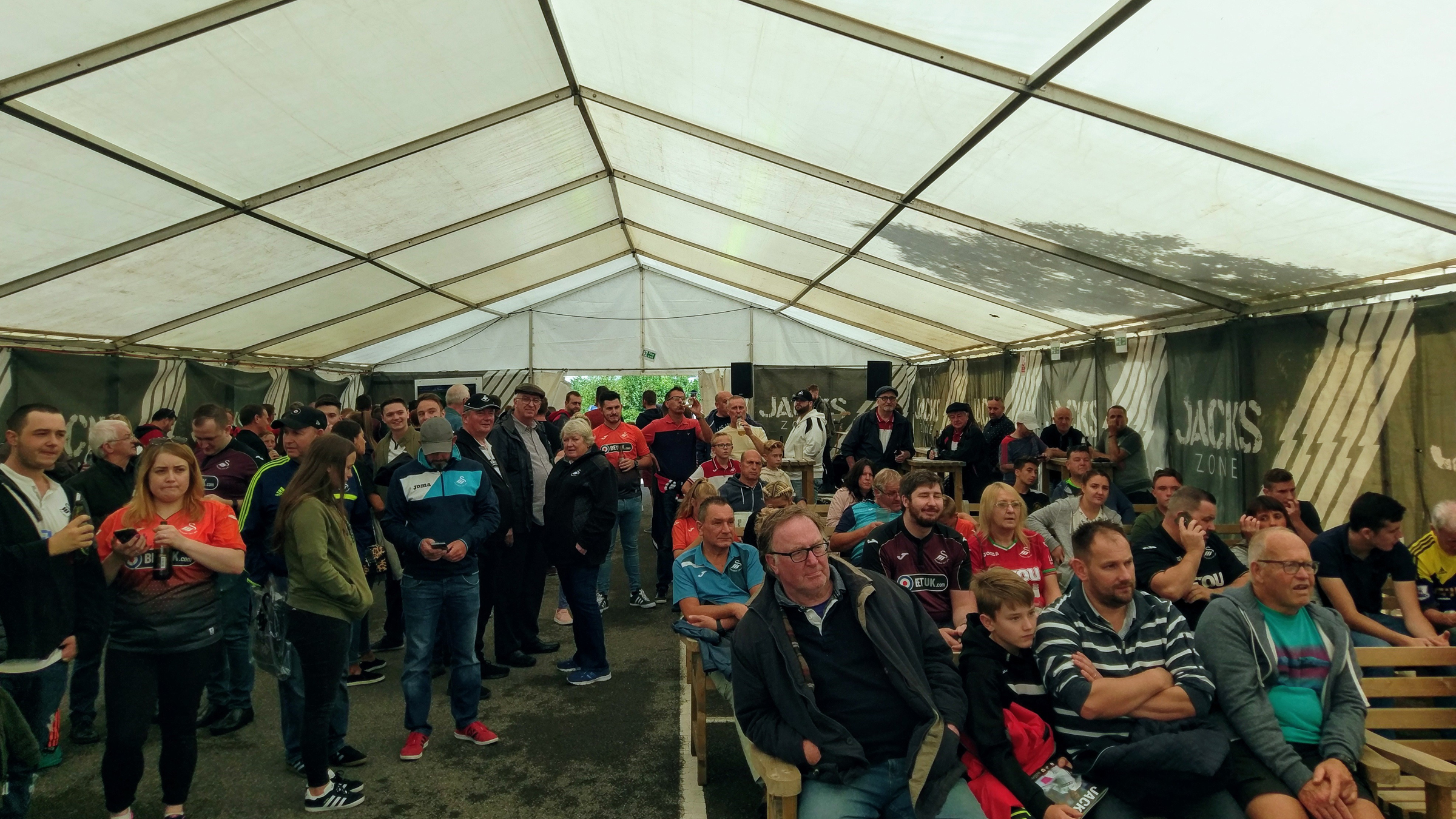 The Bullfrogs return to the Jacks Zone

The Bullfrogs will make their return to the popular Jacks Zone for Swansea City's Championship fixture against Hull at the Liberty Stadium on Saturday (3pm).

The powerful three-piece band went down a storm on their marquee stage debut back in February with their unique blend of country rock and blues. This will be the third time the band have performed at the Jacks Zone.

The band have built up a strong following in South Wales playing covers by artists such as Tom Petty, Eric Clapton, The Rolling Stones, The Beatles, ZZ Top, Free, T-Rex and David Bowie.

With a new spacious, enclosed marquee in place to guard against the Welsh weather, fans can enjoy live music, bar facilities and drinks promotions, kids’ activities and the chance to catch the early Premier League kick-off between Spurs and West Ham in seated areas in front of our large TV screens.

There will be the usual special drinks promotion for the game, with bottles of Coors Light (330ml) at just £2 and Stowford Press Cider at £3 (500ml).