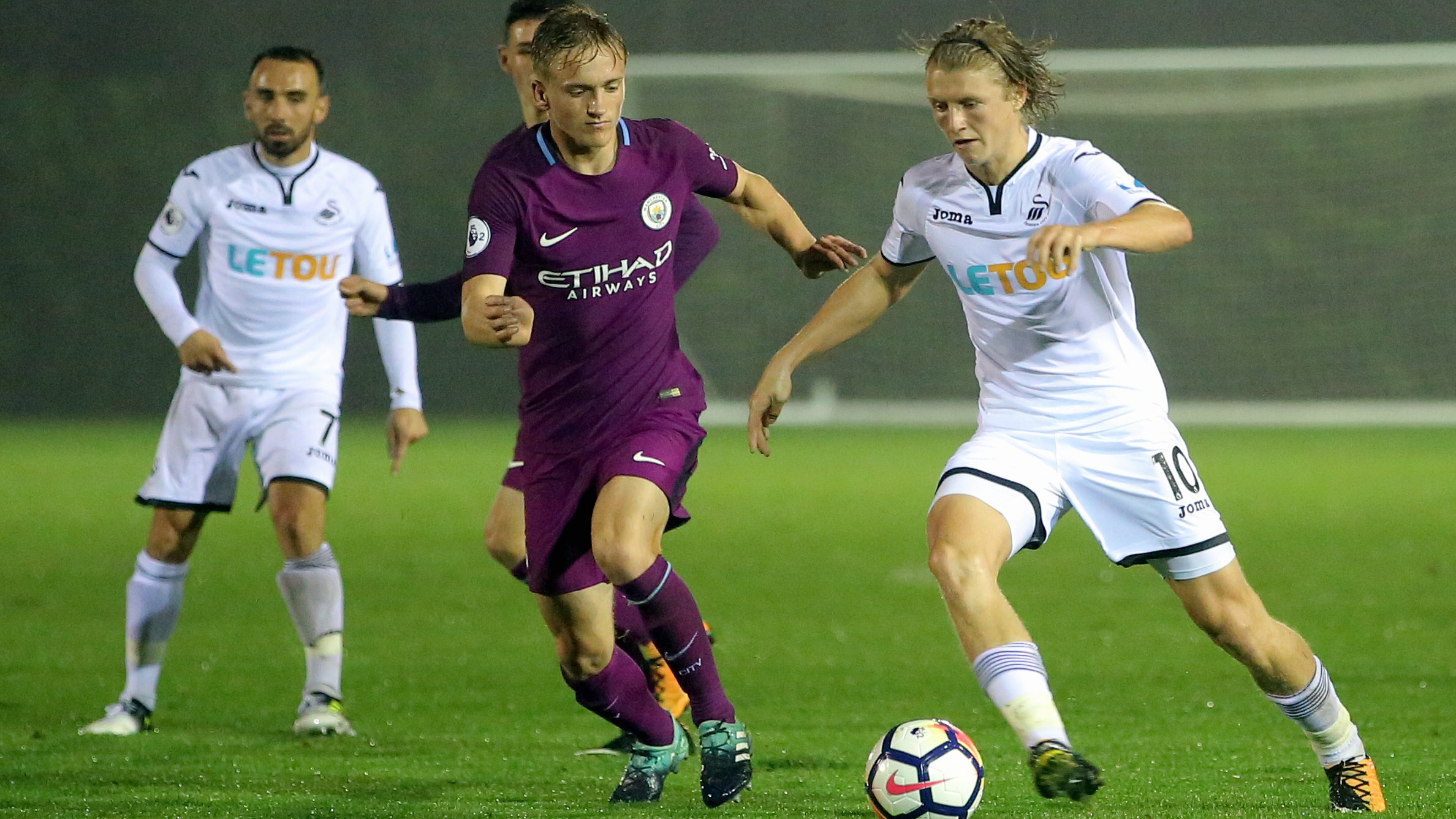 The midfielder netted his sixth goal of the season before supplying Kenji Gorre with a goal as the young Swans swept aside West Ham 3-0 to earn their seventh league win this campaign with an impressive performance at Landore on Monday.

The result keeps the development side fifth in the Division One table and extends their unbeaten league run to six games.

“We were very happy with our performance on Monday,” Byers said. “But we must continue to build on that and look for more points this Friday.

“We had to dig deep at times with difficult pitch conditions, but we played to our strengths and deserved the win against West Ham.

“I was very happy to get the goal to take my tally to six for the season.

“I set myself high standards and want to score as many as possible and continue to set up as many as I can for the lads as well.”

Manchester City are up to seventh in Premier League 2, with a 3-2 victory over table-toppers Liverpool earlier this month followed by Monday’s goalless draw away at Leicester.

The Swans were on the end of a 3-1 defeat the last time the sides met, at Landore in September, and Byers admits they must remained focused if they want to extend their unbeaten run.

“We want to kick on and keep going forward,” he added.

“Friday is another big challenge for us, but we can go into the game with plenty of confidence.

“I feel we have grown a lot since September’s defeat and got to grips with what the league is about.

“We must stay focused and take one game at a time, but if we keep our level of performance high, the only way is up.”