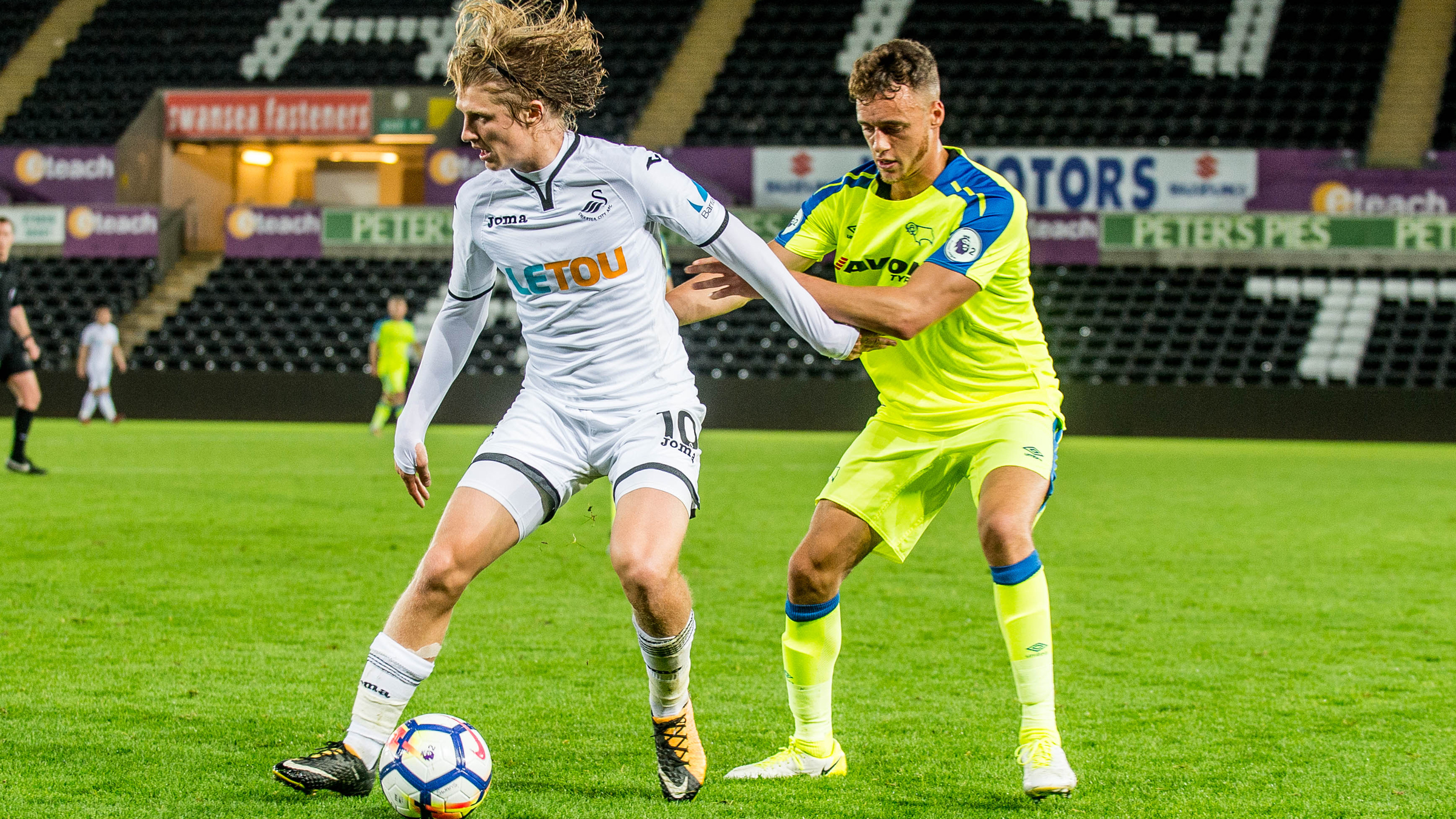 George Byers insists Swansea City Under-23s will be full of confidence when they face Manchester City in Premier League 2 at Landore on Friday (7pm).

The young Swans face their second game in five days after adding to their tally of points in division 1 with a 2-2 draw against Tottenham at the Lamex Stadium on Monday.

Byers’ assist helped Oli McBurnie fire the U23s into a 2-1 lead but Spurs netted a late equaliser only for the Swans to almost snatch the winner.

And the midfielder, who scored eight goals for development side last season, says they are relishing another tough test against a big side.

“We put in a great shift on Monday and need to produce a repeat of that again tomorrow,” the 21-year-old said.

“We were pleased with that performance. I think our standard has risen but we must make sure that continues to happen and we build on it.

“Manchester City will be another stern test but one that we are looking forward to.

“We can go into the game with confidence and we know if we put in a good performance then we will get something out of the game.

“We don’t fear Manchester City even though they are a big club. We are a good team and we know if we play to our strengths we will get another result.”

Supporters can also take advantage of the new food and beverage outlet on site for the game, together with the club’s official merchandise trailer.