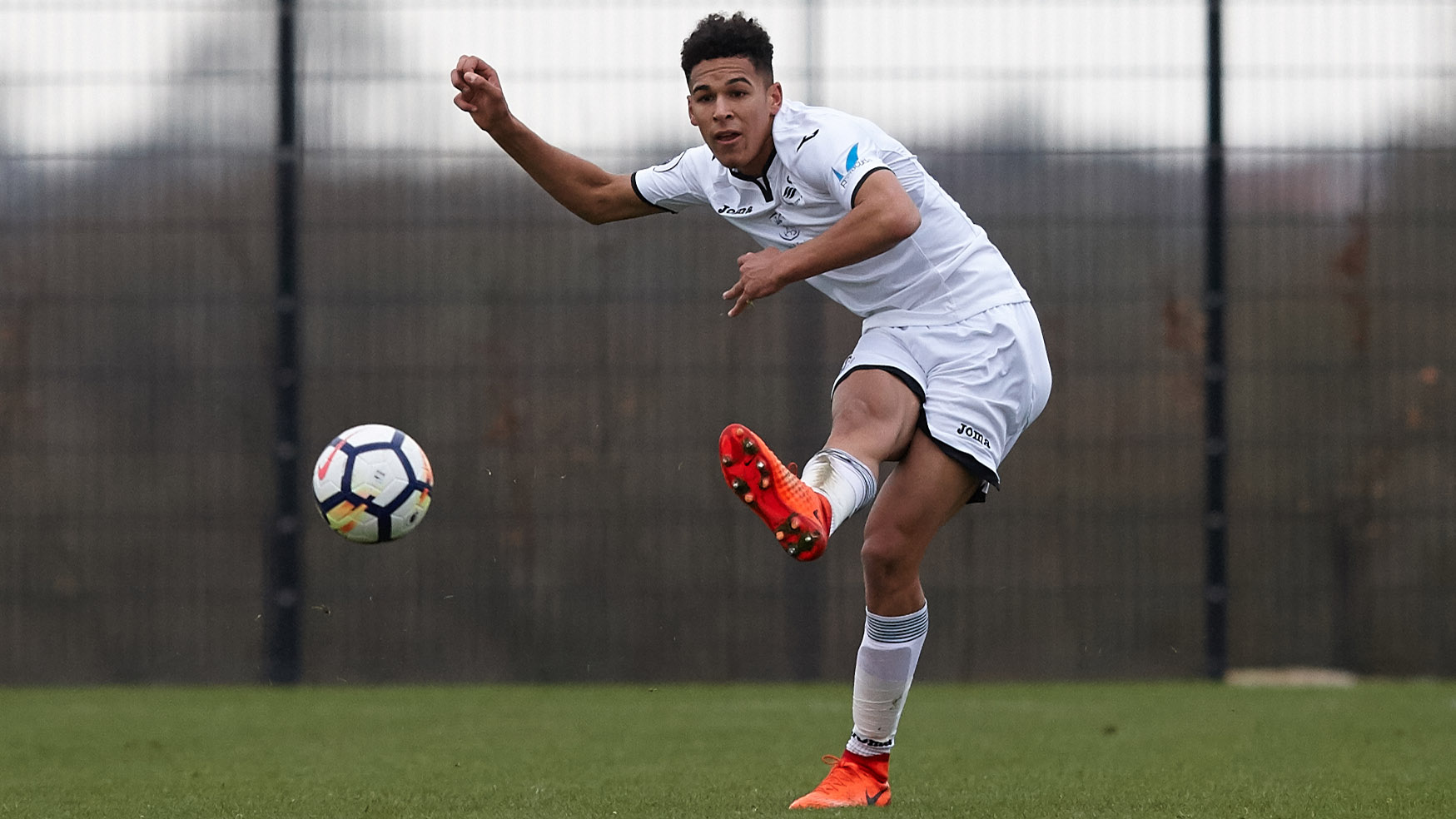 Ben Cabango is targeting more starts for Swansea City Under-23s before the end of the season.

The centre-back made his third appearance of the campaign in the young Swans’ 4-2 victory over Bristol City on Thursday that booked a place in the quarter-finals of the Premier League Cup.

It was also his second start in this season’s competition, having also played the full 90 minutes in the crucial 1-0 win at Burnley last month.

The 17-year-old claimed an assist in the Bristol City win, although his afternoon was tainted a little as he put through his own net towards the end of the game.

But the under-18s skipper is keen to put the own goal behind him and focus on gaining further opportunities at under-23 level.

“Obviously, I want to get over the own goal as quickly as possible, then step up and do my job as a defender,” he said.

“It’s a real positive for me to make another appearance. It makes me feel like I’m doing well and the more the better.

“The cup games are always good to play in. They’re always intense and you learn a lot from them.

“Hopefully, I can get more starts by the end of the season and the coaches will trust me more and more."