The young Swans welcome Wolves to Landore this afternoon for what will be the penultimate friendly of their pre-season schedule, which they complete against Barry Town United next weekend.

Entry to this afternoon's game is free for any supporters wanting to cheer on the young Swans.

Rob Edwards’ visitors, who are fresh from sealing promotion to Premier League 2 Division 1, are familiar opposition for the Swans following last season's Premier League Cup meetings that brought a 1-1 draw at Landore and 2-0 victory in the West Midlands.

And Toshack knows his players are in for a good test.

“It’s very clear that they have a philosophy that they’re trying to instil into every player from the first team down,” he said.

“Again, it’s the first of two games in a week which is something we’d planned in order to see how the players cope with the physical and mental demands.

“We can expect a difficult game against a team with good technical players, who will be very well organised.”

The under-23s are aiming to build on a positive display in last week’s narrow 3-2 defeat against National League side Torquay United, who just about held on for the victory after a strong Swansea fightback.

Toshack has been encouraged by what he has seen so far this summer and is pleased to see his players taking their instructions onboard.

“It’s not all about winning at the moment. It’s all about the individual understanding of the principles and then collectively applying it,” he added.

“We’ve shown gradual improvement as pre-season has gone on, which is exactly what we want.

“Going to Torquay with a very young group and dominating vast majorities of that game was very pleasing.

“Tactically, you could also see that the players clearly understand a number of the principles that we’re trying to embed into them.”

See the latest footage from Pennyhill Park as the Swansea City squad continue to build towards the 2022-23 Championship season under Russell Martin.

Check out what head coach Russell Martin and his Swansea City squad got up to during the first full day of their pre-season training camp at Pennyhill Park.

Check out our selection of the best images as Swansea City get down to work at the start of their pre-season training camp at Pennyhill Park in Surrey. 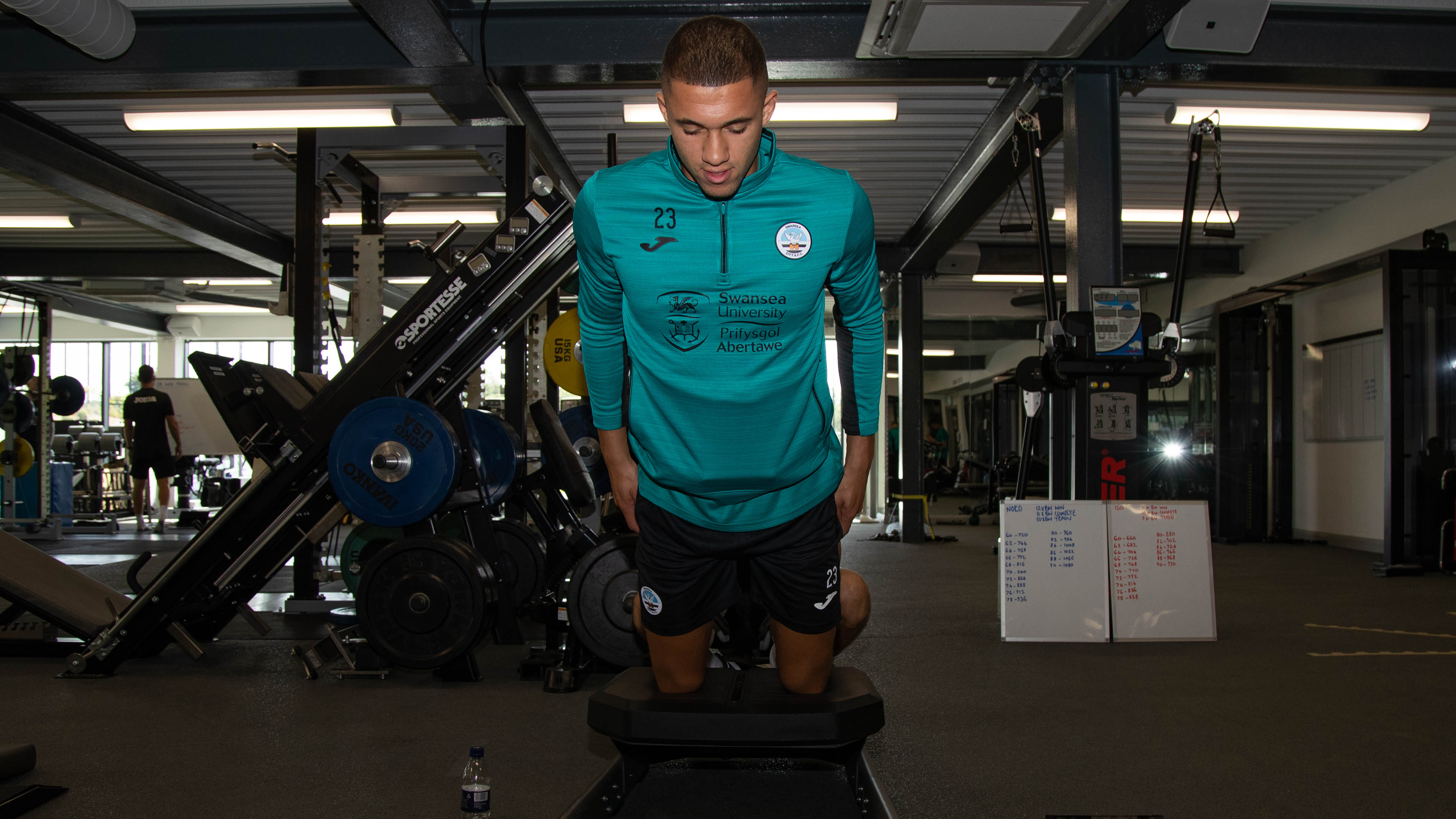 Check out the best of the footage from Fairwood as Swansea City commence preparations for the 2022-23 season.