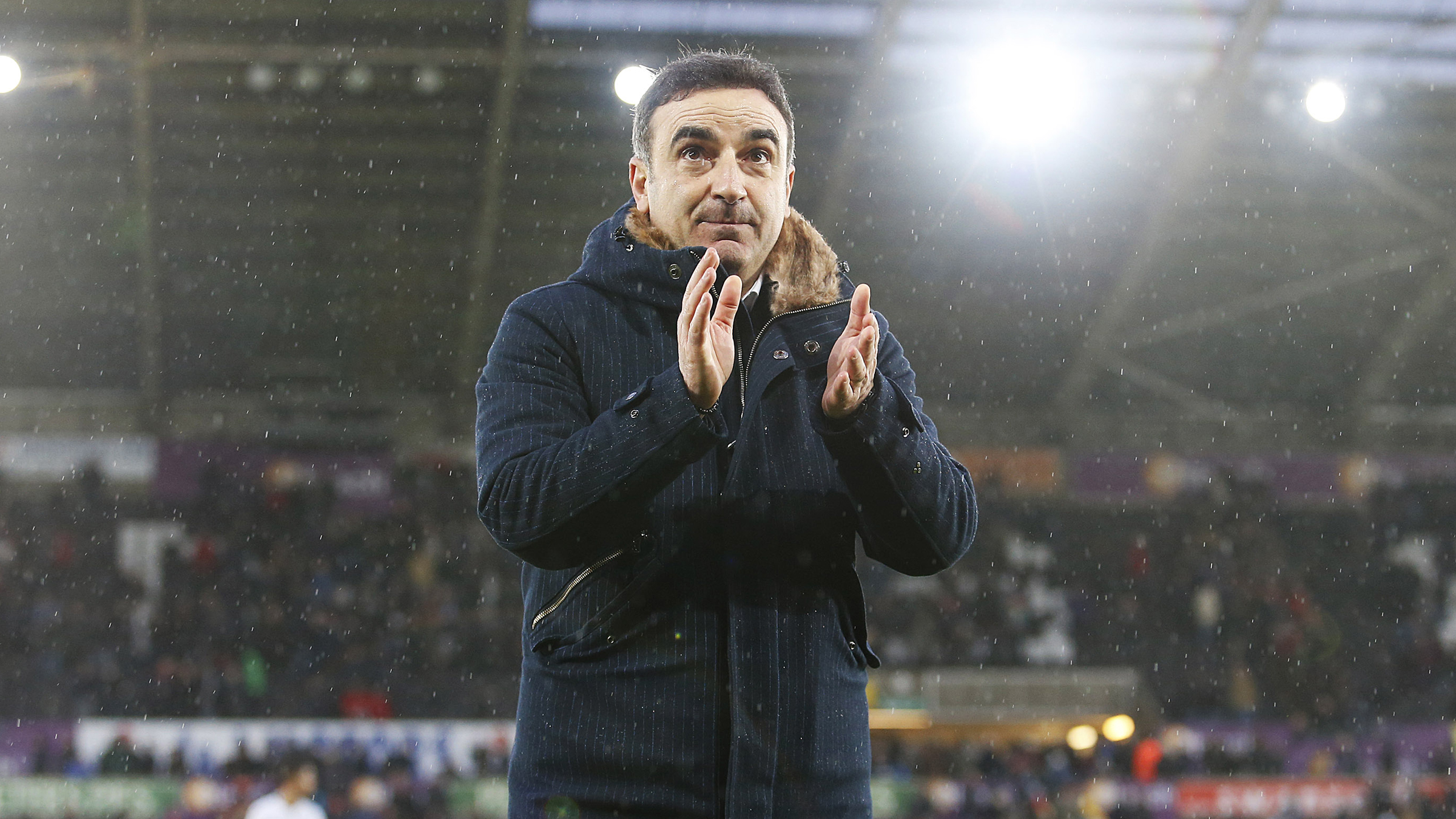 Carlos Carvalhal acknowledged that the best team won after Swansea City were knocked out of the Emirates FA Cup by Tottenham Hotspur.

The Swans’ seven-game home winning streak came to an abrupt and as two goals from Christian Eriksen and another from Erik Lamela saw Spurs cruise to a 3-0 victory at the Liberty Stadium.

But Carvalhal insisted there was no reason to be downbeat even though his depleted team were well beaten in the club’s first FA Cup quarter-final since 1964.

“I said before the game that we needed to be at our best and that Tottenham would have to be not so good if we were going to win,” said the Swans manager.

“They are a better team than us, everybody knows this, and they took the game very seriously.

“I think the respect they showed us (in picking a strong team) shows they had analysed our team – they knew they must perform at their best to win here.

“They were the best team, even though there were certain moments in the game which could have made things different.”

The Swans felt there may have been fouls – on Martin Olsson and Tom Carroll respectively – in the lead-up to both the first and third Tottenham goals.

And Carvalhal was frustrated with the timing of the second Spurs strike, which came in first-half stoppage time.

“That was a very bad moment because we were getting ready to change things around at 1-0,” he added.

“We moved things around anyway. We tried to press Tottenham more and we started the second half well.

“We had a very good chance and if that had gone in, who knows what might have happened.

“But we didn’t score and at the end, the best team won the game.

“Our cup run is at an end, but it has been a big positive for us. It’s the club’s best run since 1964. We have used a lot of the squad in the cup games and also some under-23 players, so there have been a lot of positives.”