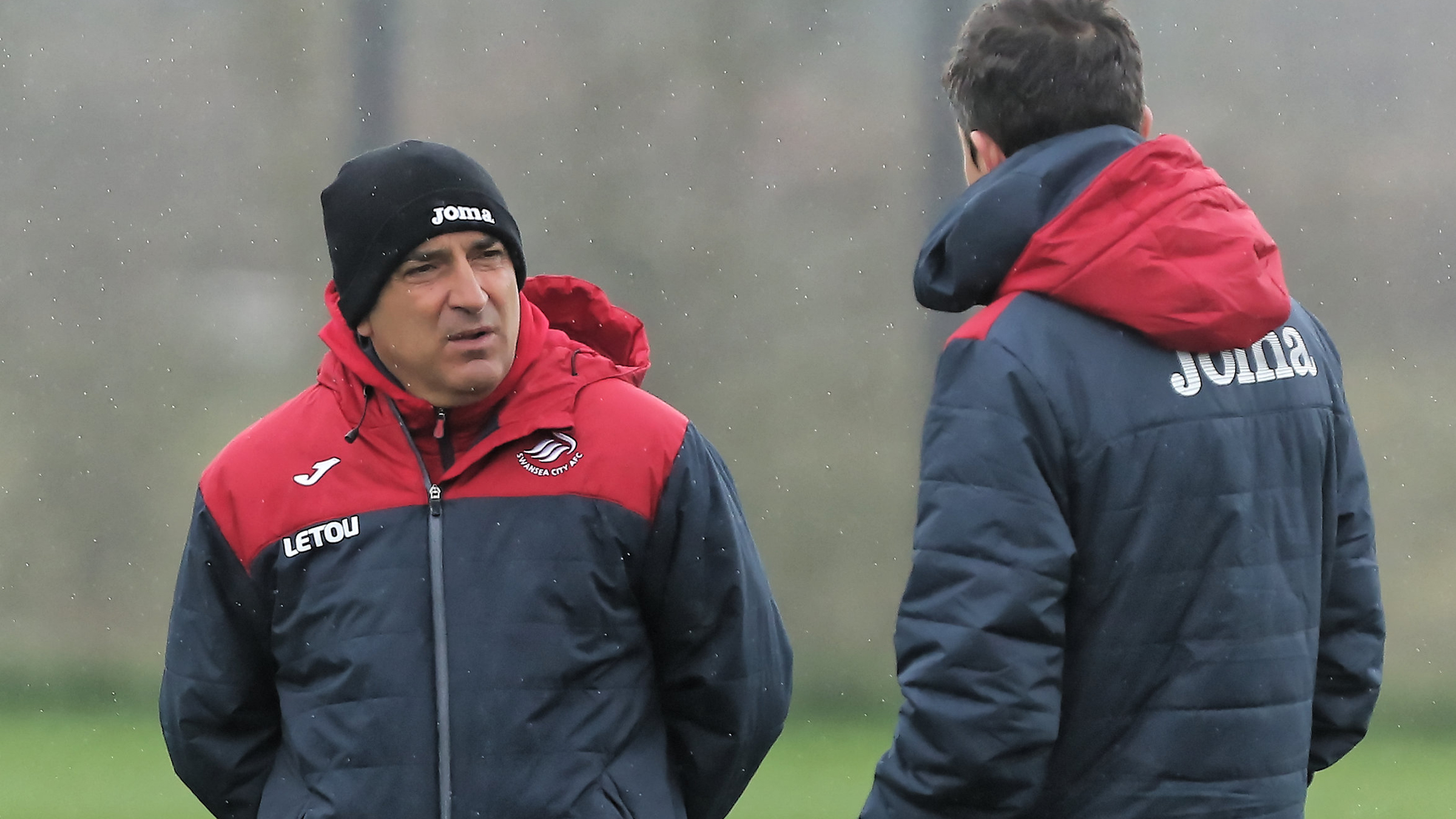 Carlos: I will discuss future after Stoke

Carvalhal’s contract expires after the Potters visit the Liberty Stadium in the final fixture of the 2017-18 Premier League campaign.

And the Portuguese says that at this stage, no decision has been made on what his future holds.

“What I have agreed with the chairman is to talk with him after the season,” Carvalhal said.

“I think there’s a little speculation outside about my future, but we will talk on maybe Sunday or Monday and decide if we stay or not.

“I talked with the chairman today but in my head I wasn’t ready to talk about my future.

“I said we must play the last game and after that we will see what is the best for Swansea and for me.”

Despite the pressure of a relegation scrap, Carvalhal has enjoyed working at the Liberty.

He added: “The supporters have been fantastic and I have enjoyed the experience.

“We have enjoyed the city – it’s a very nice city – and everything has been positive.

“We have done our best, I know that, and it’s been a big, big pleasure to represent this club. It is a very nice club and city and the club has fantastic fans.”