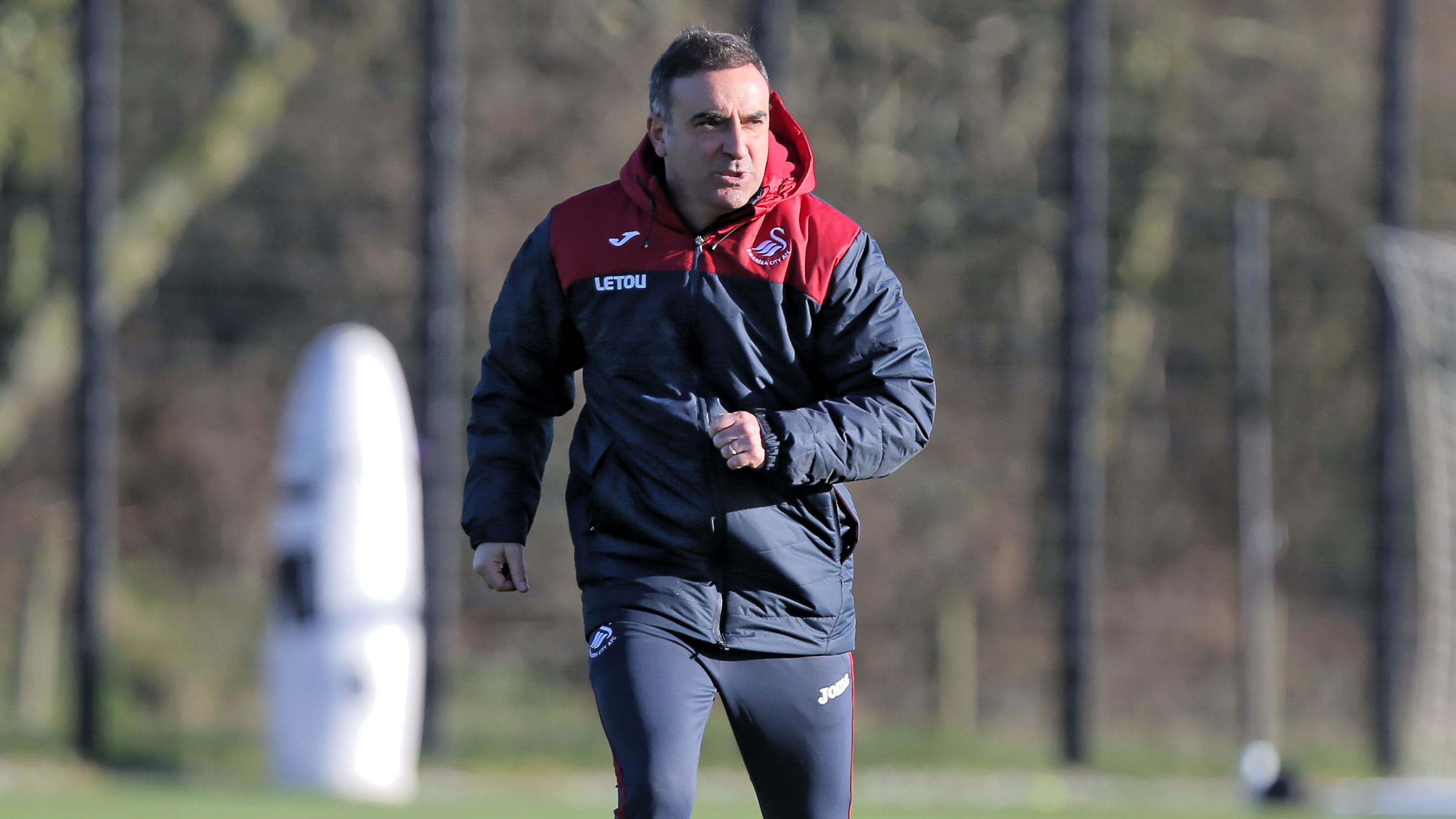 Carlos: I will have a say on transfers

Carlos Carvalhal will have a say on Swansea City’s January transfer business – but wants to give every one of the club’s current players a chance to prove their worth.

The Swans are expected to bolster their squad in the mid-season window as they look to pull clear of relegation danger in the second half of 2017-18.

But Carvalhal seems unlikely to rush into the transfer market having been appointed as the club’s new manager today.

“I will be involved in the transfer choices,” he explained.

“The club has been looking at some players. I will see the players we have in mind and also the Swansea scouts’ dossiers.

“We will see if we need those players or not.

“But at the moment it’s important to allow the players we have to show another face of the team.

“I will give them all an opportunity to show that they are better players than they have shown so far this season. After that we will see.”

Carvalhal revealed he did not discuss transfer plans at any length with chairman Huw Jenkins before agreeing to take over in SA1.

“I know all the players who are here, but you see something different when you see them on the inside rather than the outside,” he added.

“Sometimes that can be positive, sometimes negative. But let’s analyse the squad and check if we have a weakness where we think we will have to look for another player.”